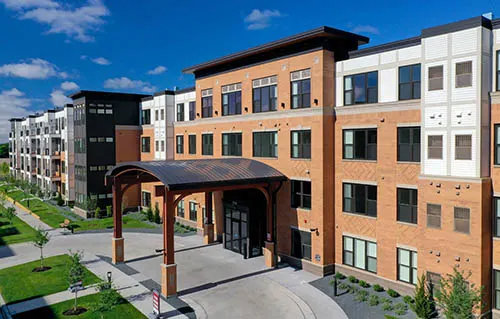 Changes to St. Paul’s sweeping rent control regulations could be adopted by the St. Paul City Council in mid-September. But with so many amendments and a looming legal challenge, it’s difficult to say what rent control will eventually look like.
A vote could occur as early as Sept. 14. The council continued a hearing and vote on amendments Sept. 7, following a three-hour hearing Aug. 24.
Fifty-three percent of St. Paul voters in 2021 approved one of the most restrictive rent control measures in the United States. Rent control took effect May 1, with measures put into place for tenant and landlords including processes for increases above the mandated 3 percent cap and for appeals.
The council is now considering further amendments, with some providing additional protections for tenants and others providing incentives for developers, who have slowed new housing production in the wake of rent control.
Ward 4 Council Member Mitra Jalali said she is already hearing of violations of rent control, and dealing with tenants who fear displacement. Jalali wants additional protections for tenants and opposes amendments brought in by Ward 3 Council Member Chris Tolbert.
The biggest flash points are two exemptions brought in by Tolbert – one for affordable housing and one for new construction. The new construction exemption would be for up to 20 years, with a look back of 20 more years. Several speakers at the hearing said Tolbert’s new construction exemption flies in the face of what voters and the mayor’s task force wanted.
Others said exempting affordable housing from rent control would hurt the people who need protection the most. Margaret Kaplan of the Housing Justice Center said that such an exemption would adversely impact more than 6,000 homes. The new construction exemption as proposed by Tolbert would affect another 20,000, she said.
But developers said rent control has all but brought new housing construction to a halt, and said the current regulations are too stringent. Some called for a full repeal of the measure.
Many tenants who have spoken in support of rent control and tighter regulations are from the West Midway and South St. Anthony Park areas. Some are from buildings owned by Plymouth-based developer Dominium, which has redeveloped liquor warehouses on University Avenue and constructed new housing in the area.
Dominium and tenants at two of its buildings have been in an appeal process over rent increases of almost 8 percent. Dominium leaders contend a higher increase is needed to cover costs. Tenants say the increases are excessive and are forcing them to move.
At a news conference prior to the Aug. 24 hearing and at the hearing itself, resident of Dominium’s Legends at Berry and other buildings said they are hard-pressed to pay such increases. Legends tenant Stephanie Ericsson-Hinton said the rent hike means that 75 percent of her Social Security income will go toward housing. She has no other income or savings, is skipping medical appointments, and had to visit a food shelf for the very first time.
“It is my right to have stable housing,” she said. “But I cannot afford to live here, and I cannot afford to move.”
Other tenants described working multiple jobs, donating plasma and making other sacrifices just to pay rent.
Eilene Naudain, another resident of Legends at Berry apartments, described moving to Minnesota to help an ill family member. She said her former home in Harlem offered more rent stability than Minnesota. With a high rent increase, “I’ll be in the street,” she said.