‘We are a small community, but mighty’ 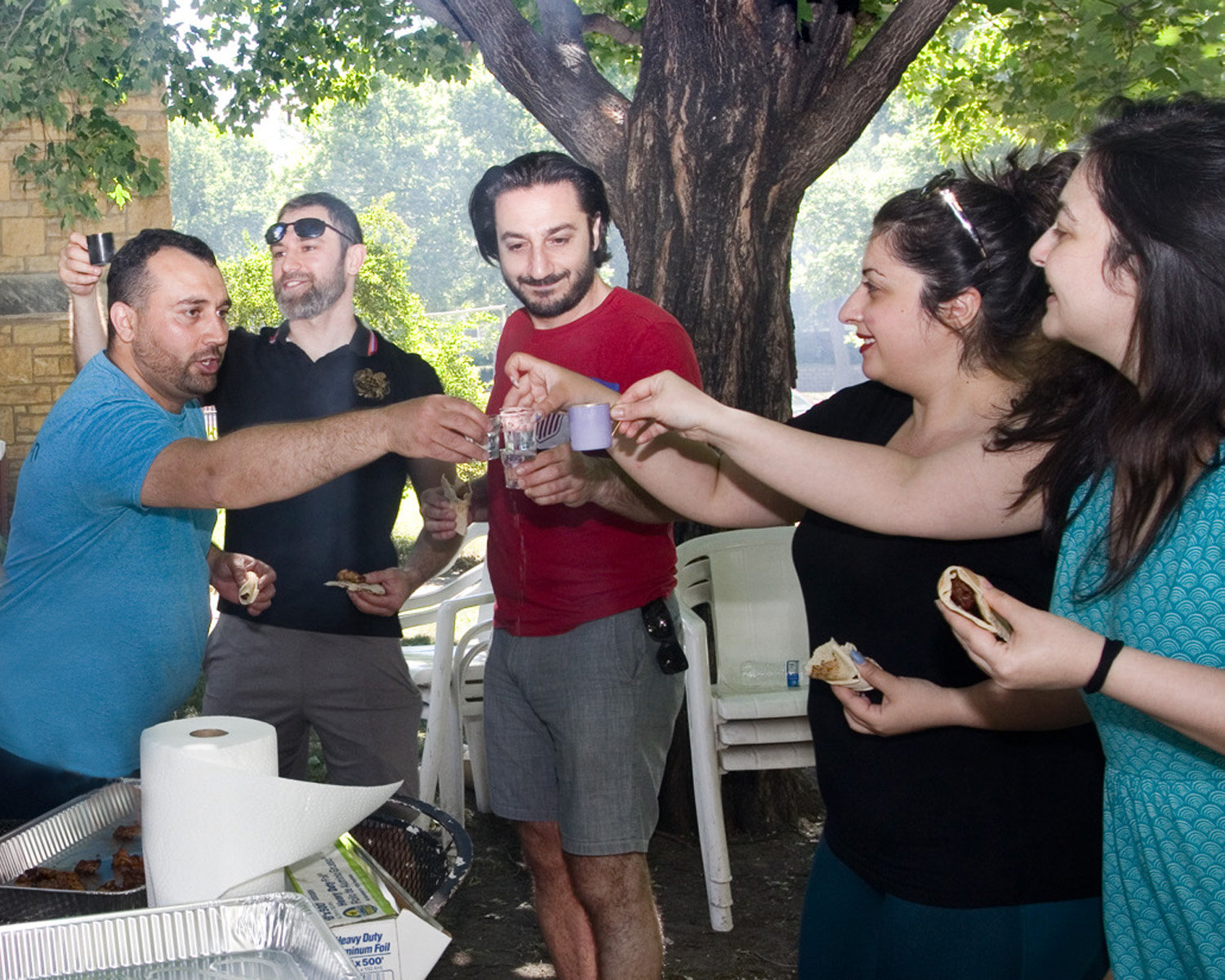 Father Tadeos (far left) said, “We have so much fun preparing for the kabob events and the festival. We don’t want to focus only on the end result. It’s important to enjoy the process.” (Photo by Margie O’Loughlin) 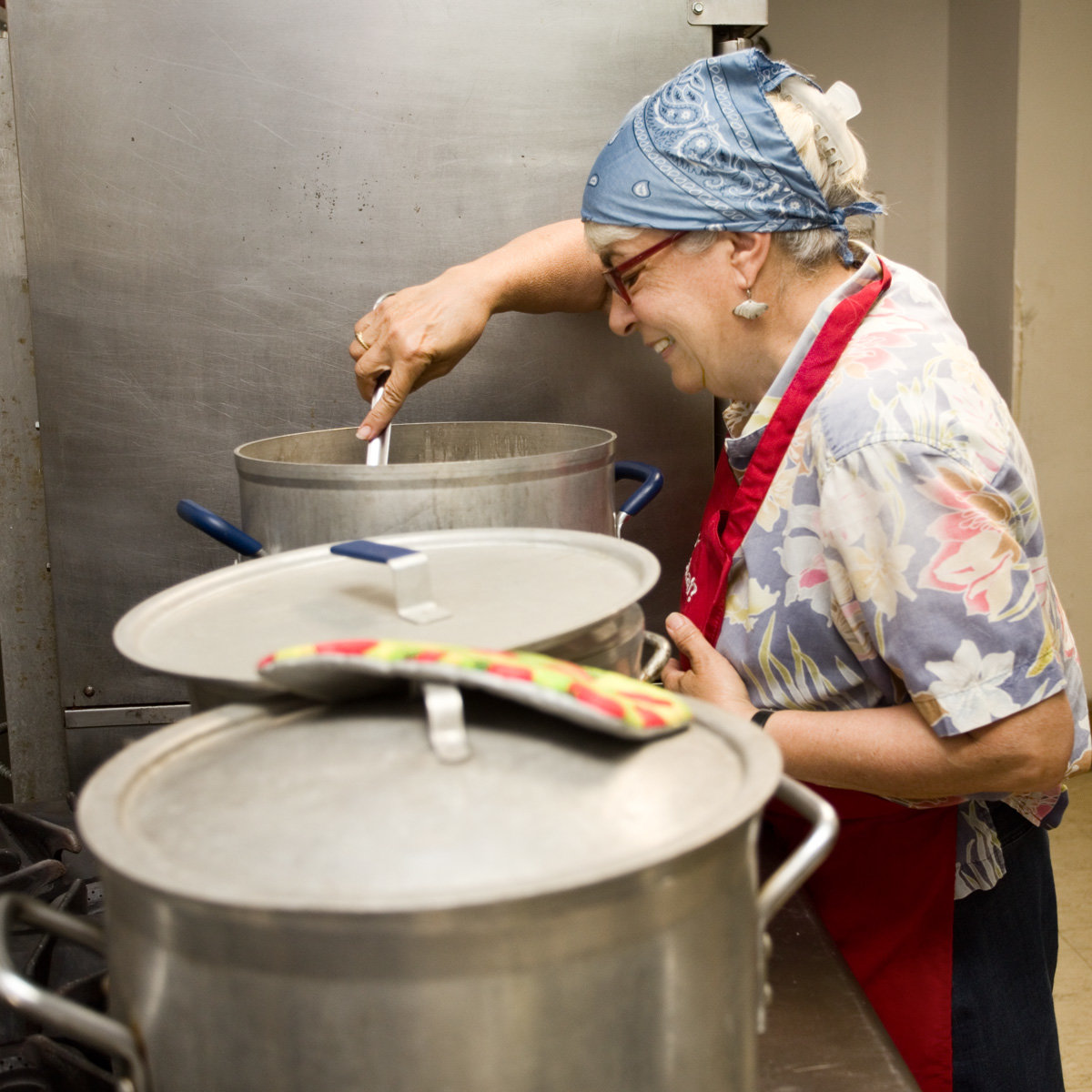 Congregation members prepare all of the food for the kabob events and the festival. (Photo by Margie O’Loughlin) 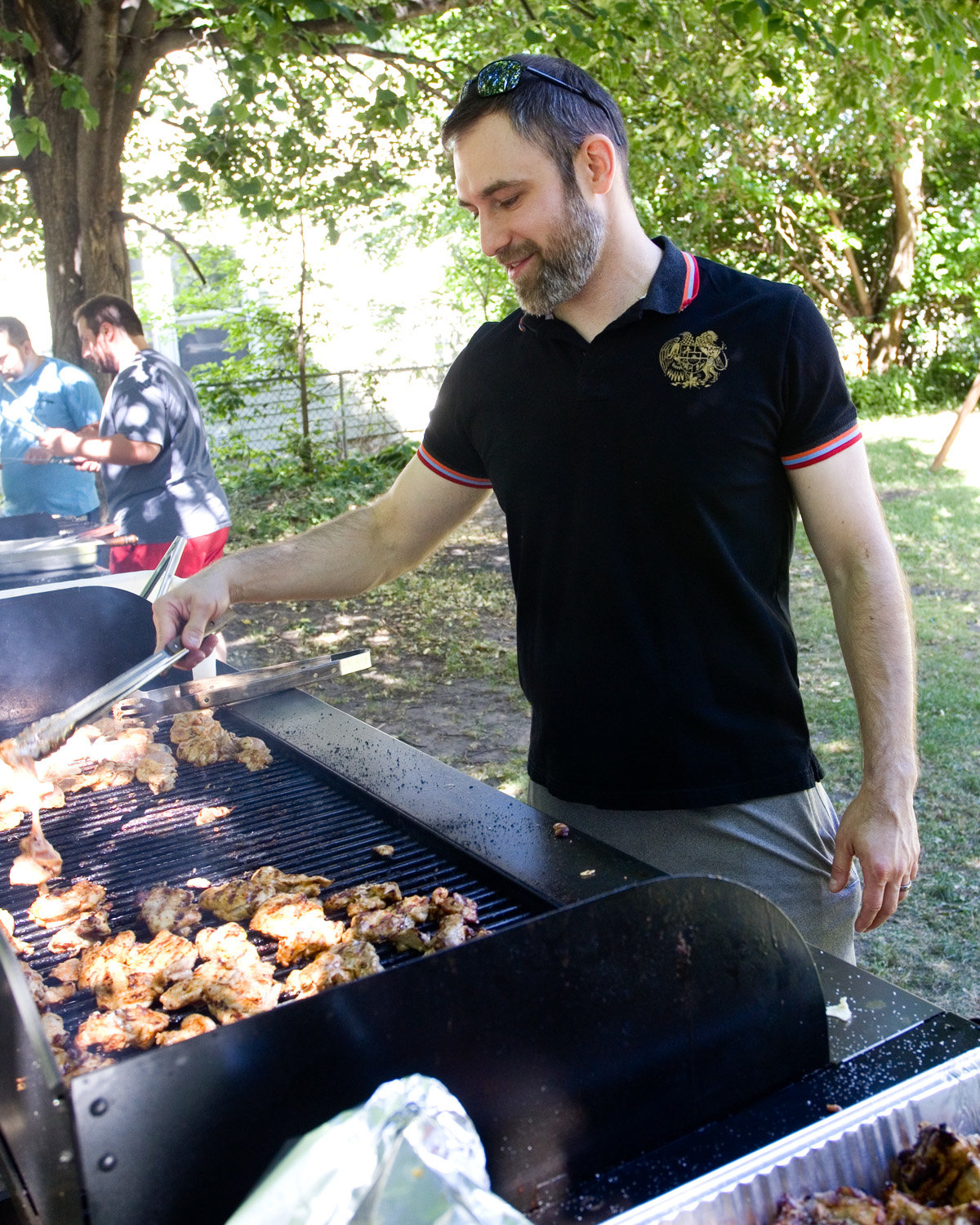 Congregation members prepare all of the food for the kabob events and the festival. (Photo by Margie O’Loughlin)
Previous Next
Posted Thursday, September 16, 2021 11:07 pm
By MARGIE O’LOUGHLIN

St. Sahag Armenian Church will be hosting its ninth annual Armenian Festival Sept. 18-19 from 11 a.m. to 5 p.m. Father Tadeos Barseghyan said, “It’s important for people to know that there’s an Armenian community in St. Paul, and an active Armenian Church. This is a great way for our church to engage with the broader community, and to share who we are and what we do.”
Father Tadeos explained, “We have been worshipping in this Merriam Park church building for 20 years. We like to say, borrowing from a fifth century Armenian historian, that we are a small community, but mighty. We are deeply connected to our faith and culture. We treasure our Armenian identity.”
He continued, “In 1915, we were persecuted for our identity. Many of the members of this congregation are descendants of the Armenian Genocide. It was the first genocide of the 20th century, and it lasted for almost six years.
“Armenia was a divided country then: part of it was under Russian control and part of it was under Turkish control. The genocide occurred during World War I on the Turkish side of Armenia (Western Armenia). That’s where the majority of the Armenian people lived, also many Jews and Syrians. During that time, it is estimated that about one third of the country’s population was killed (as many as two million people.) Tens of thousands of children were orphaned.
“That’s why our ties cultural ties are so strong. We could have lost everything.”

Starting from scratch
In 1919, Armenian Genocide survivors began arriving in the Twin Cities. For almost 80 years, the Armenians who were Orthodox Christian gathered for worship in people’s homes or rented church spaces.
In 2001, a local Armenian American named Massis Yeterian purchased the Presbyterian Church at 203 North Howell St. and donated it to the congregation of St. Sahag. For the first 10 years, there was no permanent priest there, only occasional visiting priests from other states.
Father Tadeos said, “In 2012, I was chosen to lead this church. I was born and raised in Armenia, and finishing an internship at a church in Chicago at the time. I was only 26 years old, and wasn’t sure if I was ready to take on such a huge responsibility.”
“I accepted the position. My wife and I drove to St. Paul from Chicago with our two-year-old son. We rented an apartment, and had our first meal on the floor because we had no furniture. The church in Chicago had been very well-established. Here we were basically starting from scratch.”

Ministering beyond church walls
Soon after Father Tadeos arrived at St. Sahag, it became clear that filling the pews was not going to be their primary mission. He explained, “We believe in ministering and serving well beyond the walls of the church. We reach out to our families, wherever they are. We keep them connected to our heritage and to our faith. We believe we are all one community, and the priest has an important role in that. We may not see each other every week, but we are connected.”
St. Sahag is the only Armenian Church in Minnesota, North Dakota, South Dakota, and Iowa. Father Tadeos travels to Kansas City, Mo. as a visiting priest these days, because that’s what visiting priests did for his congregation in the beginning.

COVID-19 challenges
He said, “After the lock down, we started talking about the many ways that people were struggling – not the least of which was being hungry. Along with a few volunteers, my wife and I made about 300 kabob meals one Saturday in April and handed them out at no charge. We’ve had many kabob events at the church since then, because people loved it. We charge a modest price for the meals, but if someone can’t afford to pay –that’s fine, too.
“For the Armenian Festival, we will observe whatever COVID-19 protocols are in place.
“We’re planning to have indoor and outdoor dining, if possible. Or guests can take their meals home, if they prefer. Options will include chicken and pork kabobs, a vegetarian plate, baked goods, and Armenian coffee. All packaging will be compostable.
“The Armenian Festival is about food, and also much more. All are welcome! There will be music, dance, and presentations of Armenian history, current events, culture and heritage in the spirit of authentic celebration.”
View the Armenian Festival schedule at www.saintsahag.org.