Theater leadership is delighted to be moving forward after ‘long haul’ 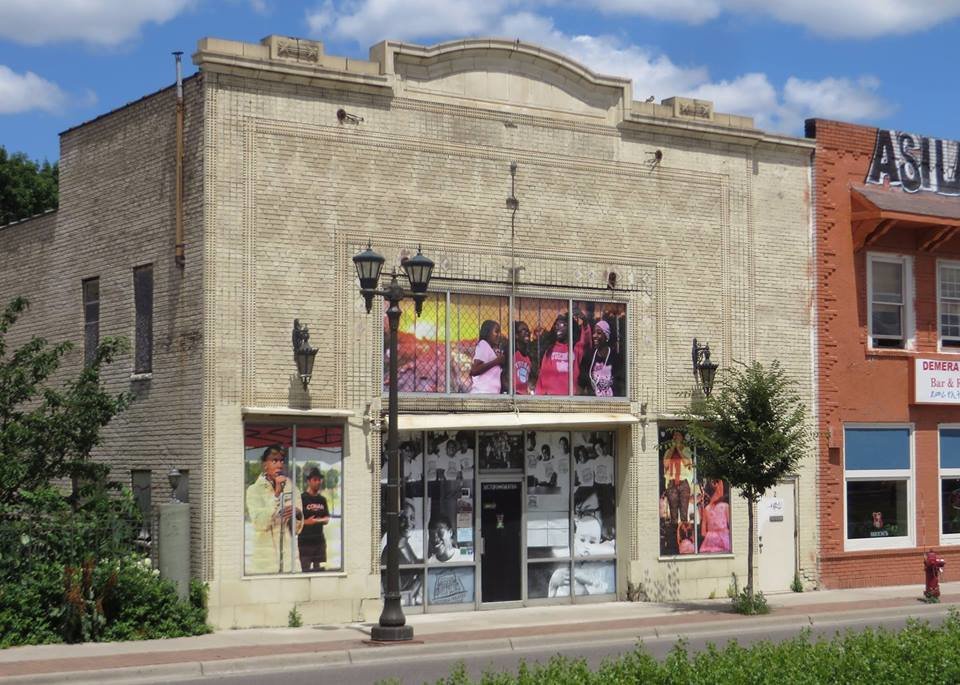 Frogtown’s historic Victoria Theater could be in the spotlight in 2024, as the long-awaited community arts center opens its doors. The theater leadership earlier this fall accepted $1 million in state funding that was sought with help of the city of St. Paul.
The state grant is part of a $5.5 million package to get theater renovations underway in 2023. The goal is to have the theater renovated and open for full community use in January 2024 as the Victoria Theater Arts Center. Overall, $6.2 million is needed to complete the extensive work the building needs.
Theater leadership is delighted to be moving forward. A group could hardly contain its excitement when meeting with the St. Paul City Council. Tyler Olsen-Highness, arts center executive director, joked about “projecting” when making his remarks.
But it’s been quite a journey for the boosters of the old building at 825 University Ave. Fundraising and planning has taken place for years. Efforts large and small have sustained the group.
“We’re really thrilled,” said Olsen-Highness. “Thanks for sticking in there with us. It’s been a long haul.”
The art center already has been host to a wide range of activities, from Minecraft to community arts festivals and events. It is set up as a community-governed nonprofit, with a 13-member board.
Olsen-Highness said the planned new spaces offer the potential for a wide range of events. On the drawing boards is flexible community space for meetings, classes, workshops and small performances.
A 120-seat theater can host larger performances and meetings. There will be space for art displays, as well.
Supporters are excited that the planned arts center will have a blend of new and hoistoric features. Ward One Council Member Russell Balenger called the architectural plans “beautiful.”
The state grant was awarded by the 2020 Minnesota Legislature, but it took time for funding conditions and plans to be pulled together. Project costs have risen from estimates of about $2 million to $6.2 million over time. The project has drawn on private foundations and individual fundraising as well as St. Paul city loan and grant funds, and the now-closed Central Corridor Funders Collaborative, which supported projects along what is now Green Line light rail.
Organizers had hoped to open the arts center in 2023.
The Victoria Theater was built as a silent movie house in 1915, one of many St. Paul neighborhood theaters. Its name came from a nearby cross street.
The building later housed a nightclub and cabaret, and was the Victoria Café speakeasy during the Prohibition area. It advertised dancing, cabaret-style floor shows and Chinese food. It also skirted the law as the Victoria Café was raided more than once by police.
Musically, it is significant because it is where the historically important “Moonshiners Dance” was recorded by the café orchestra. The song is included in the Anthology of American Folk Music, a six-album compilation issued in 1952. The anthology was a key part of the American folk music revival of the 1950s and 1960s. Area resident and historian Kurt Gegenhuber did much of the initial research on the theater’s musical history.
The building had different uses, including a lamp and lighting shop, in later years. Efforts to save the building began years ago. It was vacant since 2001 when the lamp and lighting store moved out.
A previous owner wanted to demolish the theater to make way for a parking lot in 2009. Historians and community members rallied to save it. Most of St. Paul’s neighborhopod theaters have been demolished, with only two still showing movies and the rest repurposed.
In April 2011, the city council approved the designation of the Victoria Theater as a heritage preservation site. The Twin Cities Land Bank purchased the property in 2014, holding it so that the Victoria Arts Theater Initiative could raise money to acquire and renovate the building. The theater group organizers were able to purchase the property in 2021.
Building conditions have been a challenge, and roof replacement and building shell repairs are needed soon.