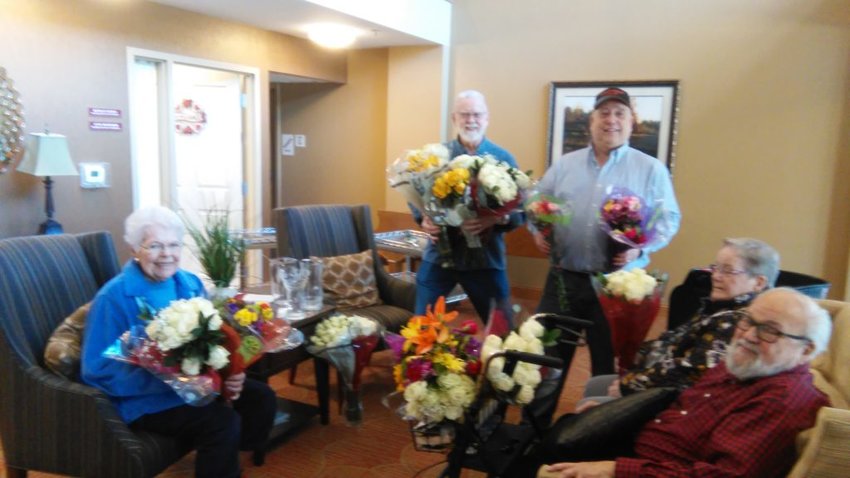 The Friendship Club, started in 1965 by Gary and Jean Ales, again brought flowers to Little Sisters of the Poor, Episcopal Homes, Humboldt High School and the Midway YMCA. The Friendship Club collected flowers from Sam’s Club in Eagan to be shared with seniors and other community groups. Jerry Quinn organized a group of residents, including former St. Paul Mayor George Latimer, former St. Paul City Councilwoman Ruby Hunt, Lyn Lawyer, and Mitchell Lallier to distribute the roses to those living at the Episcopal Homes. While Quinn was passing out flowers, he handed out a dozen yellow roses to a mother and daughter. There were tears running down her cheeks, happy at the remembrance of her husband. The daughter said that her mother always received a dozen roses from her father on Valentine’s Day. All day long similar stories were shared from the Episcopal Homes and Little Sisters of the Poor. (Photo provided)