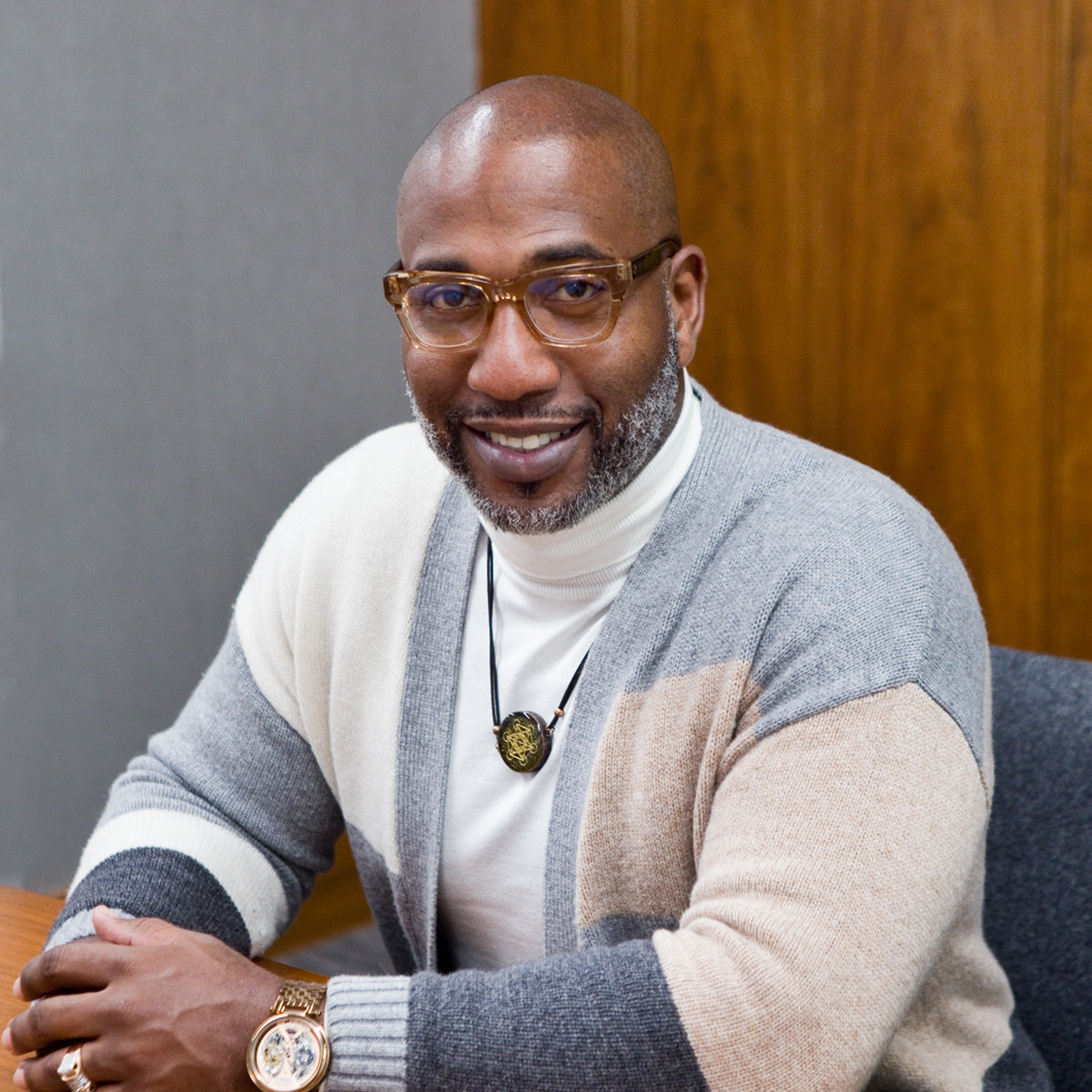 Activist and orator Danny Givens has been chosen as the first director of Transforming Systems Together (TST) – an initiative to improve, rethink, and reshape services and programs to be more equitable for everyone in Ramsey County. (Photo by Margie O’Loughlin) 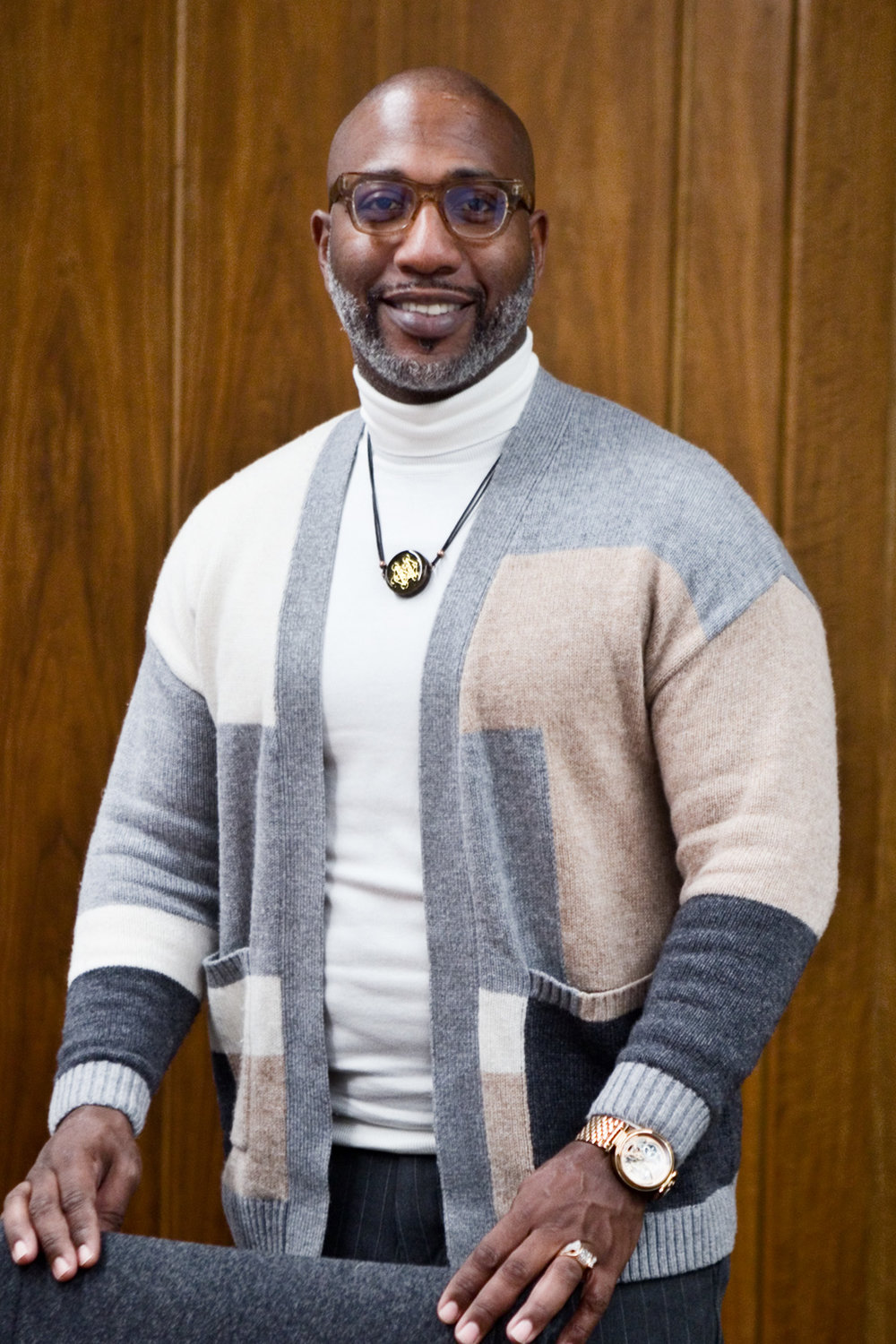 Activist and orator Danny Givens has been chosen as the first director of Transforming Systems Together (TST) – an initiative to improve, rethink, and reshape services and programs to be more equitable for everyone in Ramsey County. (Photo by Margie O’Loughlin)
Previous Next
Posted Wednesday, April 14, 2021 6:55 pm
By MARGIE O’LOUGHLIN

Activist and orator Danny Givens has been chosen as the first director of Transforming Systems Together (TST) – an initiative to improve, rethink, and reshape services and programs to be more equitable for everyone in Ramsey County.
Givens, who started his new position in January 2021, said, “We are creating a formal process through which county leaders and community members will share decision-making. What we envision is a shared table of power.”
The TST approach is not focused on one particular area, but on changing the old ways decisions were made and power was leveraged within the county system. The goal is to shape policy and program direction from the earliest stages of design and development with diverse voices.

Think of it as
reverse-engineering
At a time when trust of authority is at historic lows in communities of color, Givens and many others believe it is time to lean into a new model of decision making. He said, “If we want to be invested in communities across Ramsey County, we need to invite community members to participate in the process.”
He sees TST as operating on the principle of reverse engineering. The old institutional design of decision making from the top down hasn’t been well-received in many communities of color. People want to be involved in the design and implementation of programs that will directly affect their lives. The structure of TST will be different.

Starting with conciliation
Givens said, “Reconciliation is a word that gets floated around when people talk about redressing racial inequity, but there has to be conciliation before there can be reconciliation. We see TST as an opportunity to offer conciliatory opening moments to diverse residents of Ramsey County – especially those whose voices typically have not been heard.”
he TST approach is to create a framework for decision making. A group of nine community-selected representatives, and an equal number of Ramsey County and Second Judicial District employees, will work together in a collaborative model. The county has dedicated $3,000,000 in funding to make significant systems change possible this year.
Givens will also lead a team guiding other systems transformation efforts in Ramsey County including the Juvenile Detention Alternatives Initiative, adult justice systems reform, and an integrated approach to mental health and justice.

No stranger to transformation
For the last two years, Givens has been director of Healing Streets, a non-traditional gun violence prevention and intervention project in St. Paul. He is also an ordained minister, and the senior pastor of a church he planted in the Summit University neighborhood called “Above Every Name Ministries.”
Givens did not follow a conventional route to the pulpit or to the positions of directorship he has held.
In 1996, he shot an armed, off-duty Ramsey County deputy named Art Blakey in the Rondo neighborhood where they both lived. Givens and some of his friends, just a few months out of high school, were trying to rob the local VFW Hall where Blakey happened to be that night. At the sentencing hearing, Blakey requested leniency from the judge and Givens got 12 years instead of 60.
His journey toward the ministry began in prison, spurred on by Art Blakey’s gift of forgiveness. Over the many years that their friendship grew, they came to call each other father and son. Released from prison in 2008, Givens went on to earn his B.A. and M.A. in Christian ministry, and completed a three-year residency in interfaith ministry at Unity Unitarian Church in 2016.
Givens said, “Art passed in 2019, but I made an oath to him long ago that I would carry on his work of reconciliation. He understood that all of our stories contain elements of darkness and light.”

Roots in Rondo
The VFW Hall where Givens shot Art Blakey (at 820 Concordia Avenue) is now the site of the Rondo Commemorative Plaza. The VFW Hall was demolished in 2008, the year Givens walked free.
One of the ways Givens gives back to his community is by offering a Sacred Site Tour sponsored by the Minnesota Council of Churches. The name of the tour is “Black in Time;” the tour highlights local places of African American significance. The Rondo Commemorative Plaza is one of the tour stops, and is particularly significant for Givens as it was where the course of his life changed in an instant.
He said, “As a Rondo native, I’m humbled by the opportunity I have to work at the intersection of community, systems, and innovation in Ramsey County at this particular time. I am deeply invested in identifying and advancing ideas that will lead to transformational, county-wide systems change. To make this work, to get to equity and real conciliation – we all have some very heavy lifting to do.”