‘Stable Weight: a Memoir of Hunger, Horses, and Hope’ 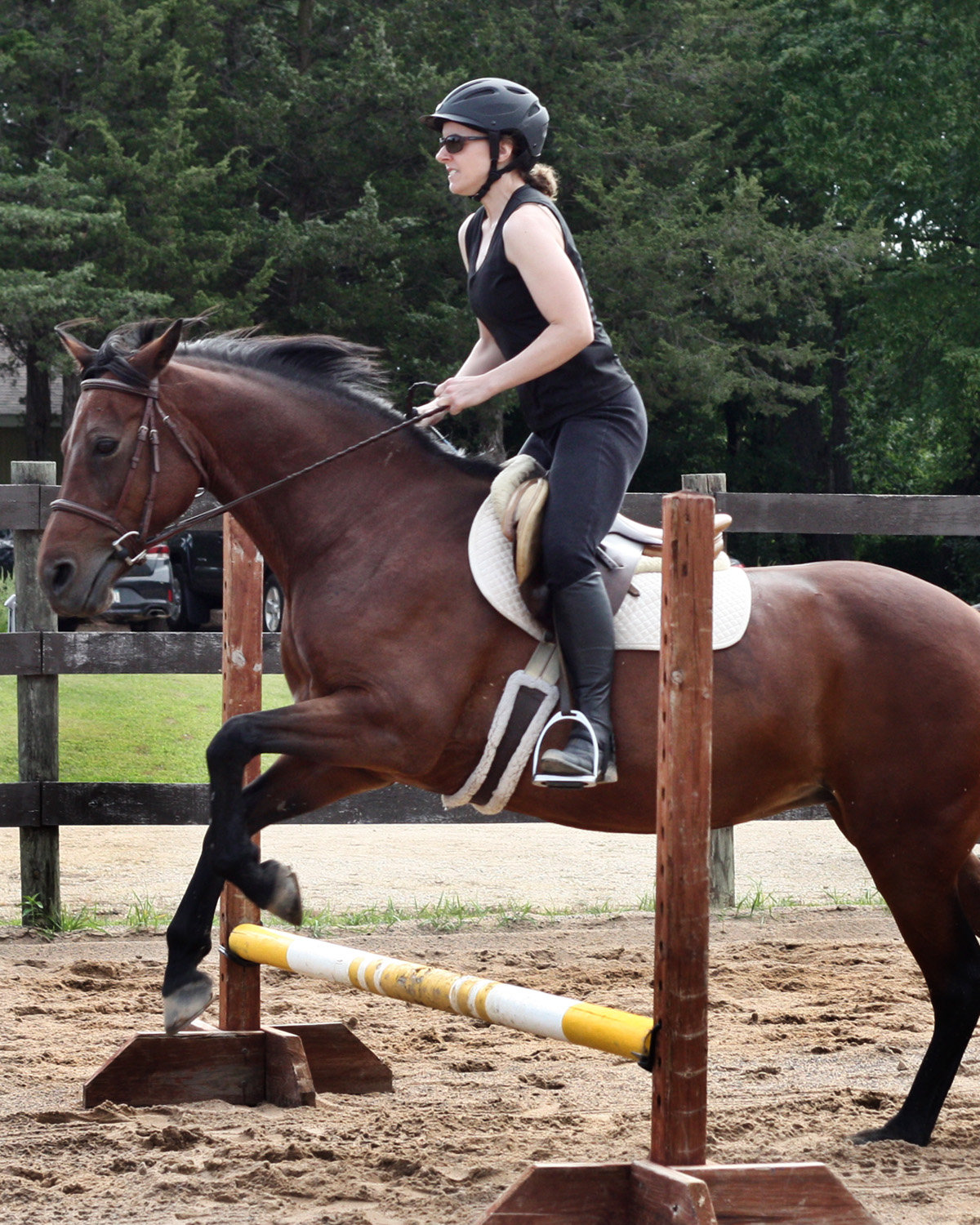 Lisa Whalen, author of the memoir Stable Weight: a Memoir of Hunger, Horses, and Hope, started jumping after she figured out how to ride on the flats. She remains a dedicated equestrian, and is a volunteer at the Animal Humane Society. (Photo submitted) 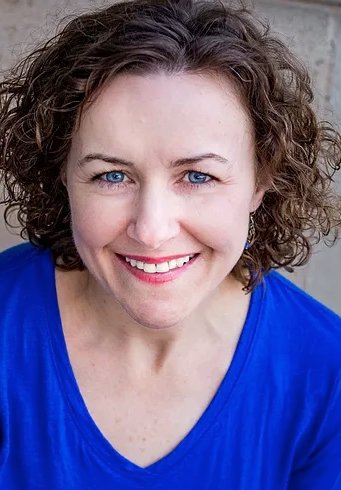 Lisa Whalen is a resident of Hamline-Midway.
Previous Next
Posted Wednesday, March 10, 2021 8:24 pm
By MARGIE O’LOUGHLIN

Eating disorders affect every gender, age, race, class, ethnicity, and sexual orientation. Longtime Hamline-Midway resident and writer Lisa Whalen knows that only too well.
Her debut book was out in print on March 2, and is available through Hopewell Publication (www.hopepubs.com) and on Amazon. The book chronicles her years of living with an eating disorder, and the surprises she found along the path toward healing.
Whalen is a college professor whose struggles with food started back in high school. An undiagnosed eating disorder turned her life upside down until she sought treatment through The Emily Program at age 28.
She said, “I had tons of shame about my relationship with food. My eating disorder didn’t even have a name, but I became a very restrictive eater. I’d get run down from limiting my food choices, and then overeat. Feeling ashamed about over-eating, I’d over-exercise. It was an endless cycle.”

Was it the chicken or the egg?
As is typical of many people battling an eating disorder, Whalen also struggled with another issue. In her case, it was serious depression. Looking back, she said it was hard to know if the depression or the eating disorder came first. In her memory, they couldn’t be separated.
Being evaluated and treated for depression was the first of many steps Whalen took toward reclaiming her life. She learned how to manage her depression, with help from her therapist at The Emily Program. The same therapist suggested it might be helpful for Whalen to write about her struggle, even if she never intended to publish.
Whalen learned that her eating disorder was tied to a life-long habit of perfectionism, going all the way back to childhood and striving to be “a good girl” all the time. The idea of laying bare such deep personal ground through her writing was terrifying.
It got easier and easier
Eating disorders in the U.S. are as prevalent as breast cancer, HIV, and schizophrenia combined. Like other illnesses, eating disorders have biological and genetic roots. As Whalen’s self-acceptance grew, she started writing – and she started talking, too.
She said, “At first, I was surprised by other people’s reactions. I expected judgement and shaming, but everyone I talked with had either struggled with an eating disorder themselves or knew someone who had. It had taken a really long time to crawl out of my shame; I thought others might get to a place of healing faster if I wrote and published this story.”
With therapy progressing, Whalen started to feel better. In 2010, she decided to try a few riding lessons. She said, “I wasn’t looking for equine therapy, I just thought it would be fun. I had gone to a week of horse camp as a kid, but I wasn’t a ‘horse-kid’ by any stretch.” She chose Seventh Farm Riding School in River Falls, Wis., and went for her first lesson.

Laying the ground work
Whalen explained, “Seventh Farm is a special place. They work with retired race horses, de-programming what the horses have endured in their years on the race track. A lot of what the riding school trainer/owners, Tom and Liz McCadden, teach is horse psychology – with a focus on how horses communicate. They believe you can only be a good rider if you understand the whole animal. As a professor of communications, that really interested me.”
Every student learns what the McCaddens call groundwork in lesson three. Students step into the arena with their horses, and learn how to get the horses to move in every direction without touching them. The horses have no gear on: no reins, bits, or bridles. Students also learn the steps of grooming their horses, which is an essential part of forming a bond.
Whalen said, ”Horses will only do what you ask if you project confidence, and communicate effectively with your body language. As a girl, I was always trying to get out of everybody’s way. With my horse, I had to learn to take up space. At the same time, I was just starting out as a teacher; I was learning to find and use my voice in new ways. Everything started to come together.”
In her book, Whalen chose to name each chapter for one of the horses who became her teachers. She said, “Each chapter focuses on one horse, and what that horse taught me about my own well-being. My hope is that the narrative sparks insights for readers about their own well-being.
“For so many years, living in my body didn’t feel good at all. When I started riding horses, living in my body felt good again – like it had when I was a child – before the pressures of being a woman in this society set in.”
Lisa Whalen has a Ph.D. in education and an M.A. in creative writing from Hamline University. She teaches a plethora of literary arts at North Hennepin Community College, where she was selected Minnesota State College Faculty Association Educator of the Year in 2019. Her website address is https://lisawhalen.wixsite.com/lisawhalen.