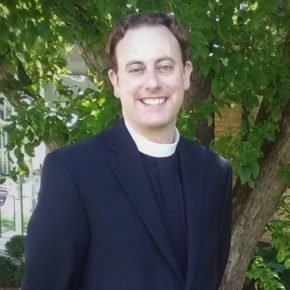 St. Paul religious leaders and their allies aren’t making a joyful noise over proposed zoning regulations on accessory uses at their facilities. But with a court-ordered deadline for the city to have new regulations in place in February 2022, reaching a timely agreement on proposed changes may be easier said than done.
The St. Paul Planning Commission Oct. 29 heard from numerous faith leaders representing individual institutions as well as coalitions. One of those testifying was Pastor Joshua Miller of Jehovah Lutheran Church, 1566 Thomas Ave. Speaking on behalf of his church and the St. Paul Circuit of Lutheran Churches in the Missouri Synod, Miller called the proposed regulations “exceedingly broad” and “overkill.”
Miller and other faith leaders said the regulations as proposed would infringe on the work they do serving communities, through services including food shelves, community centers and other programs and projects. How the city would regulate accessory uses is in conflict with the free exercise of faith, he said.
“I urge the commission to scrap this proposal, and go back to the drawing board,” Miller said.
Almost 50 people involved in the city’s faith and faith-based education communities attended the virtual hearing. Those submitting testimony including former Planning Commission Chairman Brian Alton, who represents the Interfaith Action coalition, and former Department of Planning and Economic Development Director Bruce Corrie, who is on faculty at Concordia University. Corrie was one of the Concordia faculty and administrators who signed a letter opposing the regulations.
Alton and others said they’re willing to meet with city staff and work out a new proposal. Bill Dermody, principal planner for the city, emphasized the tight timeline the study is under in order to meet the Feb. 1, 2022 deadline. The recommendations will require planning commission and city council action to become officials.
Others said major zoning changes could force a sharp response. “This is just ripe for litigation from beginning to end,” said Joseph Kueppers, chancellor for civil affairs with the Archdiocese of St. Paul and Minneapolis. There are 27 Catholic parishes in St. Paul.
“This needs to be rewritten and revised. Start with a clean sheet of paper,” said Kueppers.

Listening House triggers change
The proposed changes are triggered by the long fight over Listening House, which relocated from downtown to a Dayton’s Bluff church several years ago. The daytime drop-in facility for the homeless opened with city staff approval, but no neighborhood process. Neighbors protested and the matter went to the planning commission and city council.
A debate over city-imposed operating conditions for Listening House that were seen as onerous landed in court. Listening House remains open. The city needs to spell out regulations for accessory uses at faith-based institutions, as part of a 2019 U.S. District Court-ordered settlement with host church First Lutheran. The city had imposed more than a dozen operating conditions on Listening House, prompting the lawsuit by the church.
Under the court order, the city has until Feb. 1, 2022 to complete a zoning study and set up a better process for land use applications from religious organizations.
An earlier land use case, from 2004 centers on St. Mary’s Episcopal Church Merriam Park, used the city’s longstanding home occupation regulations to spell out which uses could move into churches, including day care centers, yoga studios and music instruction. Dermody said using home occupation regulations for religious institutions isn’t a good fit.

New construction limit dropped
The most controversial aspects of the proposal, which would have limited new construction of religious accessory uses, was dropped on recommendation by the city attorney’s office. Representatives of several places of worship said this would put a halt to plans to build new community facilities, for everything from funeral receptions to gymnasiums for youth sports.
That section also could have run afoul of the federal Religious Land Use and Institutionalized Persons Act, known as RLUIPA. RLUIPA prohibits local governments from land use regulations that impose a substantial burden on religious exercise.

Limit of 1,000 square feet for social, community uses
But other regulations remain. One would limit social and community services uses, to 1,000 square feet if a church is in a residential neighborhood. Overnight shelters would be limited to 10 adults and the children in their care. But Alton noted that Project Home, which for years has housed homeless families in places of worship as overnight shelter, often has more people to serve than that.
Others called the proposed changes confusing, especially those centered on social and community services. Another point is that while longstanding places of worship would have uses grandfathered in, new places such as Muslim groups would have to apply for conditional use permits. Faith-based institutions run by BIPOC groups might face similar restrictions.
Imam Asad Zaman, executive director of the Muslim American Society of Minnesota, said his community often deals with neighbors who can block new uses. Muslims have faced such discrimination in other places. There is concern that the St. Paul proposal could have the same effect, and block services that community needs.
Read the study and original recommendations at https://www.stpaul.gov/sites/default/files/2021-08/Religious%20Accessory%20Uses%20ZS%20CNPC%20%2009.01.21.pdf