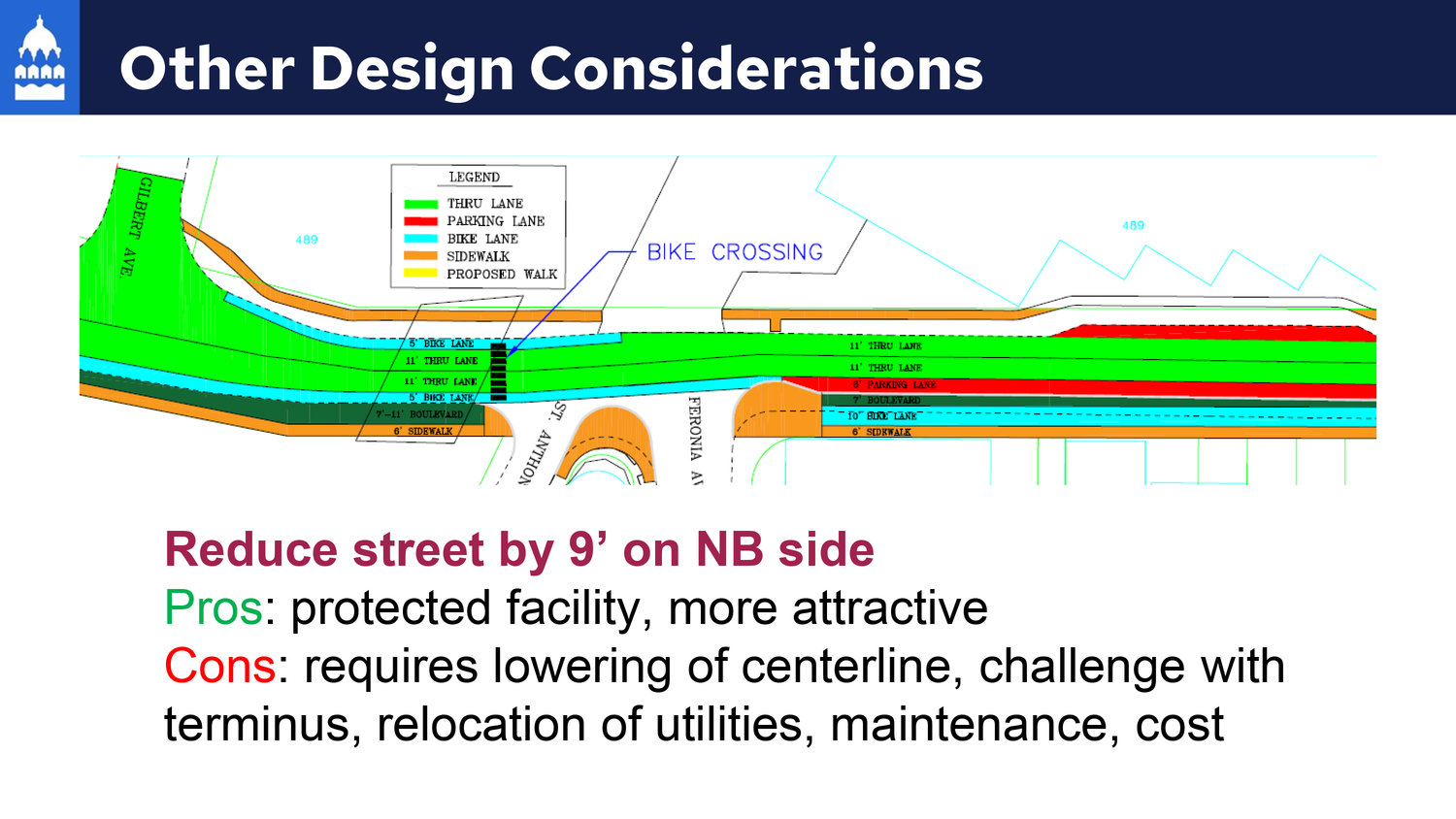 Prior Avenue provides an important bike and pedestrian connection between neighborhoods north and south of Interstate 94, as well as a motor vehicle route to many Midway destinations. However, the street can be a bumpy ride.
Prior between Gilbert and University avenues is to be rebuilt in 2022. Reconstruction will take place from June to November, so travelers and those who work or live in the area can plan on four to five months of disruption.
The St. Paul Department of Public Works unveiled street plans during a virtual meeting in December. City staff has worked with affected neighbors since summer 2021. The plans got a vote of support earlier in the fall from the St. Paul Planning Commission Transportation Committee.
The .28-mile street reconstruction work begins at Gilbert, which is just north of the Prior bridge over Interstate 94, and ends at University. “It’s a very short project,” said Jary Lee, St. Paul Public Works Project Engineer.
The street carries about 4,637 vehicles per day, in a largely commercial and industrial area. Properties along the west side of Prior are zoned for industrial; the east side was rezoned several years for traditional neighborhoods use, to spur future mixed-use development.
But while it’s a short project, it’s also one that is very much needed. Prior was rebuilt in 1986 as one of the earliest sewer separation and street reconstruction projects. It has carried a lot of traffic, including heavy trucks, since then.
Prior had parking bays added on its west side in 2012, to prepare for bike lanes installed the following year.
St. Paul ranks all streets with a pavement condition index, with zero as the lowest score and 100 as the highest. Prior between St. Anthony and Oakley avenues has a score of 17. Other parts of the street rank higher, especially near University where work was done about a decade ago to prepare for Green Line light rail.
In a recent survey, retaining trees and green space emerged as priorities, while preserving on-street parking ranked much lower. The east side of prior will lose about seven of 30 on-street spaces during the reconstruction.
The street will be redesigned. Prior has one 11-foot vehicular traffic lane in each direction, and a five-foot bike lane on either side of the street. The east side has a seven-foot parking lane. Each side has a five-foot sidewalk and eight-foot boulevard.
Work is limited on the west side of prior because of utilities, said Lee. Expanding each bike lane to six feet in width meant reconfiguring the street and taking away two feet from the east side boulevard.
The vehicular lanes won’t change in size.
Lee said other changes will be made. The Gilbert-Prior intersection will be reconfigured to slow down trucks as they make turns. Bumpouts will be added on the east side of the street, at Feronia and Oakley, to improve pedestrian safety. About 380 feet of sidewalk will be added on the street’s west side, south of University.