News for everyone, delivered to everyone
New kind of policing: Community Outreach & Stabilization Unit 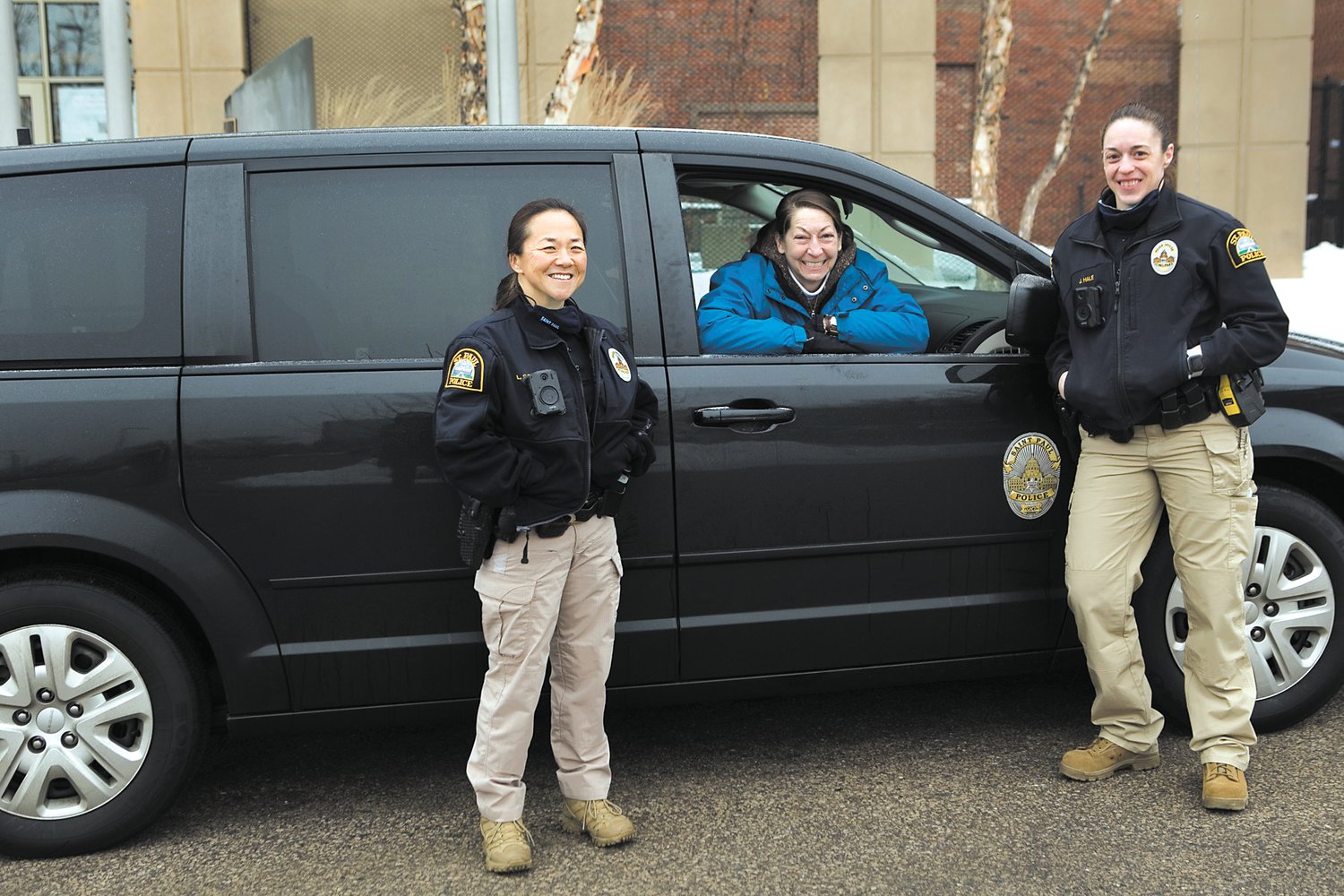 While communities everywhere are calling for a changed model of policing, a small unit within the Saint Paul Police Department has been taking a different approach for almost three years.
In March of 2018, the Saint Paul Police Department piloted a new unit dedicated to mental health crisis calls. The Mental Health Unit was made up of three officers, a supervisor, and two licensed clinical social workers.
A year later, the unit was renamed COAST (Community Outreach & Stabilization Unit), and its range of services expanded to include chemical health and homelessness, as well as mental health. The COAST unit has now grown to six officers, a supervisor, three licensed clinical social workers, and one licensed alcohol and drug counselor.
Mental health calls rising
As COVID-19 and social unrest have unraveled communities in the last year, the volume of mental health calls to St. Paul 911 has grown.
Increased COAST staffing allows the unit to respond to calls involving people in crisis, make referrals to community mental health partners, and conduct follow-up visits to ensure continuity.
Sergeant Jamie Sipes, a 26-year-veteran of law enforcement, supervises the COAST Unit. He said, “Mental health calls are on the rise. By pairing social workers with police officers, we feel we are better able to respond to community mental health needs. Our social workers bring their mental health expertise out into the community where it’s needed.”

Showing up differently
COAST unit members travel in minivans marked only with a small police insignia. The law enforcement officers wear dark navy shirts and khakis instead of traditional uniforms. Social workers ride along as equal partners. According to Sipes, “These are visual cues that say we’re here on a police call, but our team is going to do things differently.”
Amber Ruth was the first licensed clinical social worker to join the COAST unit. She said, “I appreciate being on the scene with the officers. As social workers, we’re able to assess people in crisis in their situation. We can directly refer them to resources, which keeps them from getting lost in the shuffle.”
To date, the COAST social worker positions have been funded by Regions Hospital, People Incorporated (a community provider of integrated behavioral and mental health services in Minnesota), and other organizations.
The goal of COAST is to connect people in crisis with the care they need, helping to reduce mental health crisis-related arrests and repeat calls for service. Sipes explained, ”All of our SPPD officers receive 40 hours of Crisis Intervention Team (CIT) training. With the increase of mental health crisis calls, responders need to know how to handle these difficult situations.”
According to the Minnesota Crisis Intervention Team website, there is currently little to no CIT training offered at police academies for dealing with mental illness. It’s up to individual police departments to undertake that work and, in the city of Saint Paul, it has become mandatory.
The CIT model promotes the use of verbal de-escalation skills before using force when confronting a mental health crisis. CIT training has been proven to decrease the risk of injuries or death to both officers and those suffering from mental illness, while also reducing the number of repeat 911 calls.

Help is available
The National Alliance on Mental Illness states that one in five people will experience a mental health disorder in their lifetime. The following resources are listed as COAST partner organizations, and their services are available community-wide:
• Ramsey County Crisis Line 651.266.7900
• Children’s Mental Health 651.266.7878
• Veteran’s Crisis Line 800.273.8255
In addition, the Ramsey County Adult Mental Health Urgent Care Center is located at 402 University Ave. E. Its Crisis Line is answered 24/7 at 651.266.7878.
Contact Sergeant Jamie Sipes at 651.266.5840 for more information about the Community Outreach & Stabilization Unit of the Saint Paul Police Department.