‘Mr. Rondo’s Spirit: a story of a man and his community’ 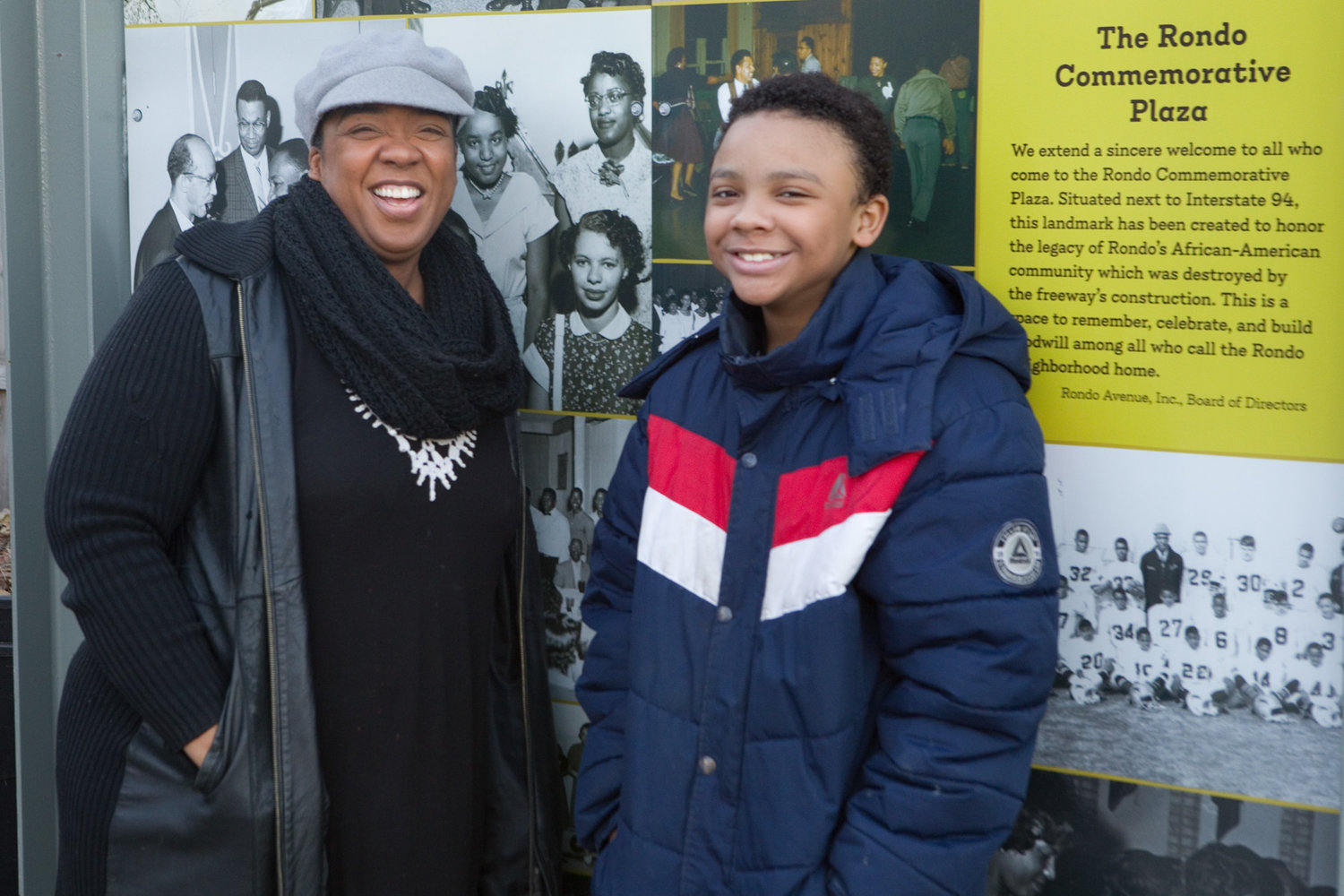 The mission of In Black Ink (IBI) is to create spaces where stories and voices of people of African heritage are celebrated, documented, and archived through publications, professional development trainings/opportunities, and public presentations. IBI fosters a strong culture of literacy via social enterprising and economic support of artists and professionals. The stories of people of African descent are treasured as the wealth their children will inherit, likewise local, national, and global communities. IBI is located at 938 Selby Avenue.

According to Rondo resident, educator, and artist Ericka Dennis, most children she meets don’t know the real story of the historic Rondo neighborhood.
Dennis currently works as a Family Liaison at Barack Obama Elementary School in the Summit University neighborhood. Her job is to facilitate parent education and school programming, to connect families with resources, to mediate concerns, and to develop community connections.
She said, “While most of the students where I work, including Black children, could tell you there’s a summer festival in the neighborhood called Rondo Days – they couldn’t tell you what the celebration is about. They don’t understand what was lost here back in the 1960s.”
Old Rondo was once a thriving mix of African American churches, businesses, schools, and homes for more than 100 years. When construction of I-94 began in 1956, its path was drawn to cut right through the middle of the Rondo neighborhood, where approximately 90% of the St. Paul’s Black population lived.
By the time the freeway opened in 1968, more than 600 family homes and businesses had been destroyed.

A story to raise awareness
Dennis said,” When kids drive down I-94 between Rice St. and Lexington Ave., they need to understand that Rondo’s business district was right here, underneath where the pavement is now. The freeway cut through Rondo’s main street, forcing neighborhood stores to close. These miles of roads, built for fast transportation, pushed Black residents into mass migration.”
A couple of years ago, Dennis learned of a project to teach children the truth about Old Rondo.
The project was launched by a collective of three St. Paul organizations: the publishing house In Black Ink, Rondo Avenue Inc., and the Minnesota Humanities Commission. Their vision was to start gathering and publishing little known stories of Old Rondo. Writers and artists with direct connections to the Rondo community were sought out, and Ericka Dennis was one of them.
Dennis had grown up in the Hamline-Midway neighborhood, graduated from Central High School, and gone on to work as a professional theatre artist on many local stages as an actor, playwright, and director.
She has been a resident of Rondo since 1995, and has deep roots in the community.
When asked to submit a book proposal on a Rondo theme, she procrastinated because, she said, “Honestly, I just didn’t have the time. It also seemed unlikely that I’d get picked, since I’d never written a children’s book before.”
Dennis laid the request for proposals letter on her desk, and almost didn’t submit it. At the last minute she did and, to her surprise, her book proposal was chosen from a stack of others for publication. It was time to add “children’s book author” to her already long list of professional accomplishments.

Book character inspired by real lives
Dennis said, “I decided to make the central character a composite of many people’s stories. I wanted the readers to feel something while they were learning. The destruction of Rondo is so personal, so much more than a telling of facts. Yes, there was a lot of information to cover, but it had to be done in a way that was engaging. I chose a rhyme scheme for the story-telling voice, and aimed at fifth-sixth graders for my primary audience.”
In “Mr. Rondo’s Spirit: a story of a man and his community,” the central character is Paul Rondo. He worked as a Pullman Porter for the railroad, and lived in the Rondo neighborhood before Interstate-94 was built. Mr. Rondo tells about his life in Rondo and how it changed over time. Through shear will and faith, Mr. Rondo and his family found a way to keep the spirit and legacy of Old Rondo alive.
The book has been distributed widely through schools and the St. Paul Public Library by the Minnesota Humanities Commission.

The Rondo Commemorative Plaza
Dennis is at work on a different story telling project these days. She explained, “The Rondo Commemorative Plaza is a public park at 820 Concordia (Old Rondo) Ave. and Fisk St. The exhibits there tell the history of the neighborhood, and were designed to rotate. I was commissioned to write a new panel called “Women in business in Rondo.” I’ve finished with the writing, and the fabrication process has begun. Installation will be in 2021.”
Interstate-94 is already more than 50 years old. Its construction took a mighty toll on Old Rondo, but at least the stories are getting told now. According to Dennis, “There is something of a Rondo Revival going on, and it is all about ordinary people doing extraordinary things.”
Dennis considers herself one of those ordinary people. She said, “I have had to struggle with self-doubt, like most people, but I do have something to say – something to share.”
She concluded, “In these times especially, I want people to believe in themselves. Children think that when someone does something notable, that person is somehow different from them. But they’re not; they’ve just reached deep down in themselves and found some courage.”