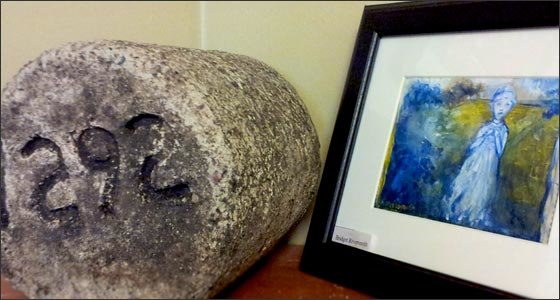 Midway’s own Remembering With Dignity, the initiative to properly mark graves at Minnesota institutions and remember those who lived and died there, has received nationwide recognition this winter. The program has been featured twice on PBS programs this winter, most recently on the News Hour Dec. 26.[/caption]

Midway’s own Remembering With Dignity, the initiative to properly mark graves at Minnesota institutions and remember those who lived and died there, has received nationwide recognition this winter. The program has been featured twice on PBS programs this winter, most recently on the News Hour Dec. 26. It was featured earlier on the Religion and Ethics Newsweekly show. See the show at www.pbs.org/newshour/bb/nation/july-dec13/graves_12-26.html

Supporters note that the national publicity, coupled with statewide coverage in Minnesota newspapers and in broadcast media, has enhanced Remembering With Dignity’s visibility and has brought much-needed attention to the forgotten people it honors. Articles about the program have appeared in the Star Tribune and Pioneer Press. 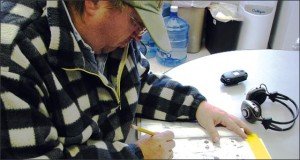 Supporters note that the national publicity, coupled with statewide coverage in Minnesota newspapers and in broadcast media, has enhanced Remembering With Dignity’s visibility and has brought much-needed attention to the forgotten people it honors.[/caption]

Remembering With Dignity has also been featured on statewide broadcast media over the past few months. It is a program of the statewide self-advocacy group Advocating Change Together (ACT).

Remembering With Dignity is a coalition of disability rights organizations. Since 1994, Remembering with Dignity has marked graves in institution cemeteries. Currently Minnesota has more than 13,000 graves marked by only a numbered cement block – or with no marker at all. Remembering With Dignity seeks to give every grave a marker with the person’s name, date of birth and date of death. The group also works to gather the life stories of people with disabilities, particularly those who have lived in institutions. Sometimes family members get involved to ensure that their loved ones are not forgotten.

The PBS reports are by Fred de Sam Lazaro, as part of a reporting project funded by St. Mary’s University. His Dec. 26 report began at the Faribault State Hospital cemetery. “One solitary cross is all that suggests that this is a cemetery, and perhaps that’s fitting,” he said. “The several hundred people buried here spent most of their lives invisible to the outside world.”

The report centers on the family of Albertine Poitras. Her relatives had to go through historical archives to find her numbered grave. She was developmentally disabled. Her family placed her at Faribault during the Great Depression, when she was 34 years old. Family members believed they could no longer care for her. The program shows her grave with a name marker, not a number, and family members honoring her memory in a ceremony. The ceremony included Poitras family members, ACT staff and former Faribault residents. 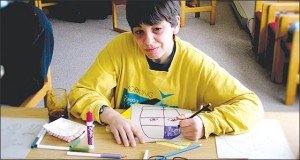 Family member Blair Poitras said, “You go through different emotions. You go, well, how come your family members didn’t tell you about this person? And just to be buried as a number. . . “

Those involved in Remembering with Dignity, which has marked more than 7,000 graves in recent years, described its importance in the PBS stories.

“The Jewish saying is that you die twice,” said Halle O’Falvey, who works with Remembering With Dignity. “You die once when you do die, but the second time you die is when your name isn’t spoken anymore.

Mary Kay Kennedy, co-director of ACT, described the 2010 Minnesota State Legislature’s apology to those who lived and died in state institutions like Faribault.

Faribault began as a residence for people with developmental disabilities. It is now part of the state’s correctional system.Kennedy told the PBS reporter that Faribault’s population peaked in the 1950s, at 3,355 people, which was about 45 percent over capacity. She noted that what had started in the 19th century as an innovative program had evolved into a place where only basic physical needs were met.

Anyone wanting to learn more about Remembering with Dignity can attend the 10am service at Hamline Church United Methodist, 1514 Englewood Ave., on Sun., Jan. 26. People from

the program are guest speakers. The day is United Methodist Women’s Sunday and the service is a reflection on the 2014 UMW theme of “The Church and Disability.” The event is open to the public and will include a self-advocates’ art show honoring the lives of those buried at state institutions. Access the church from the Englewood alley door, where there is an elevator.