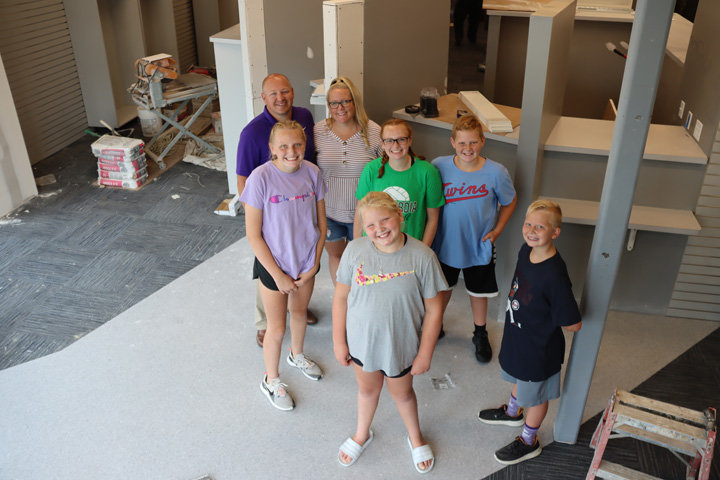 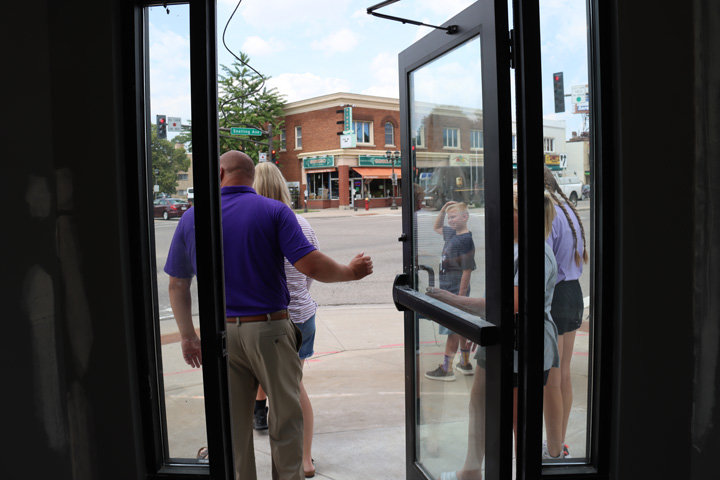 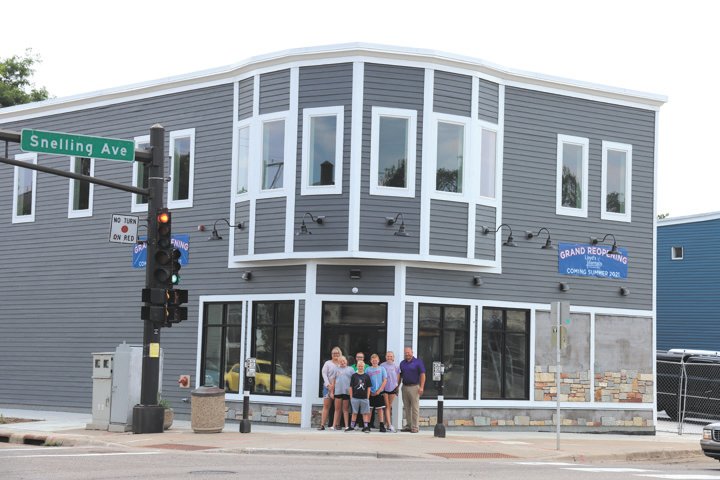 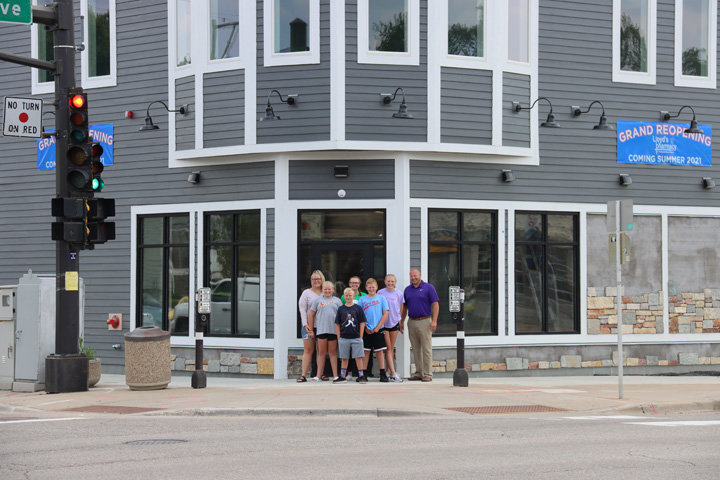 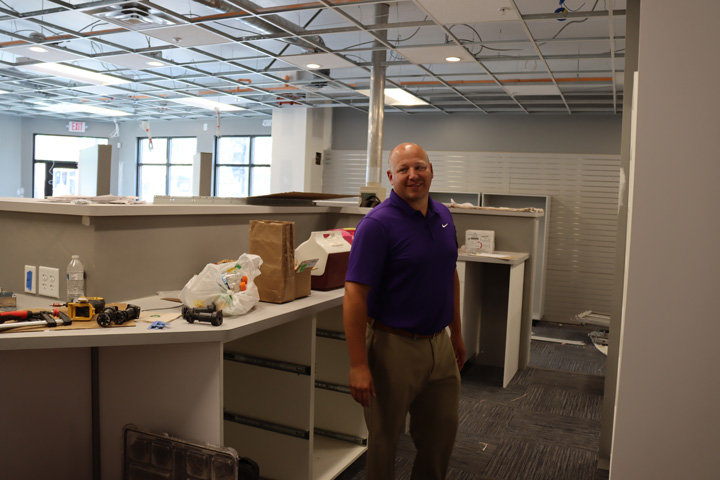 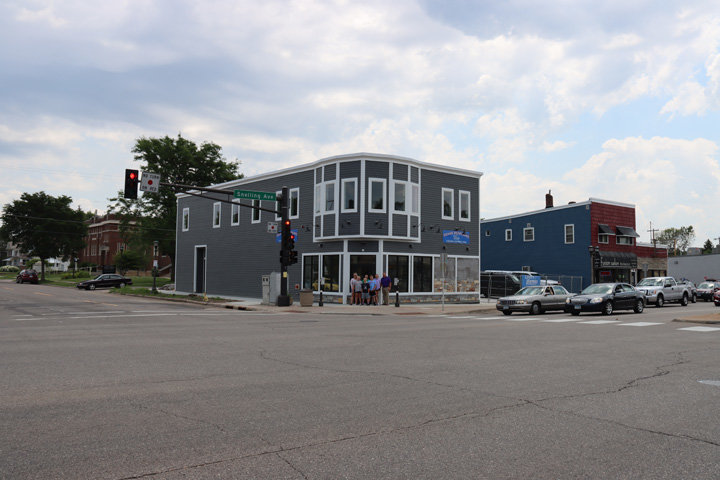 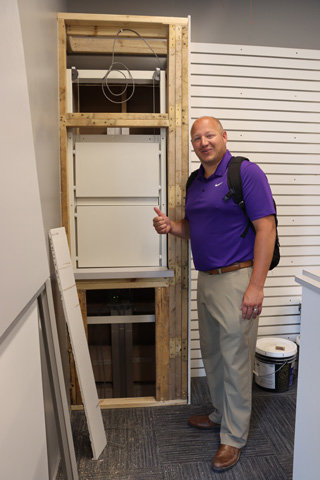 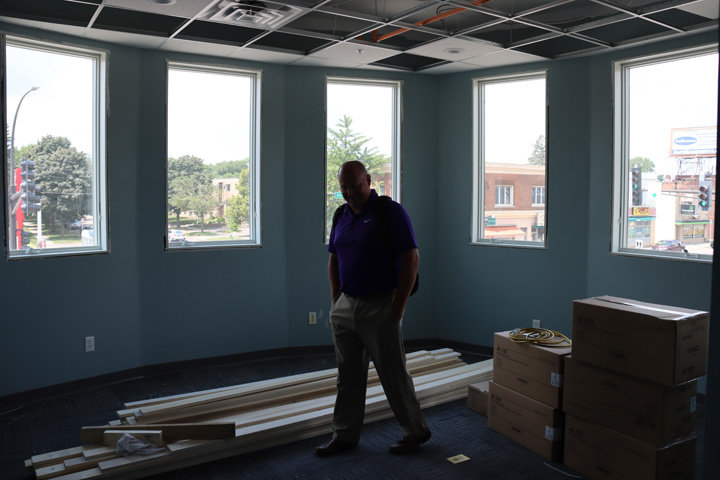 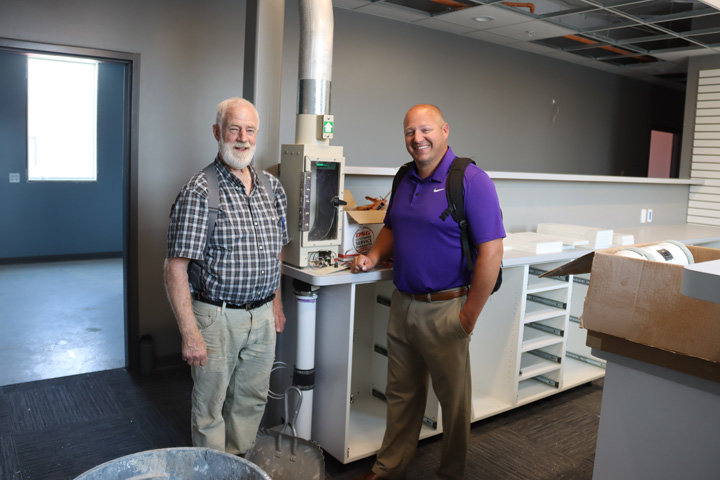 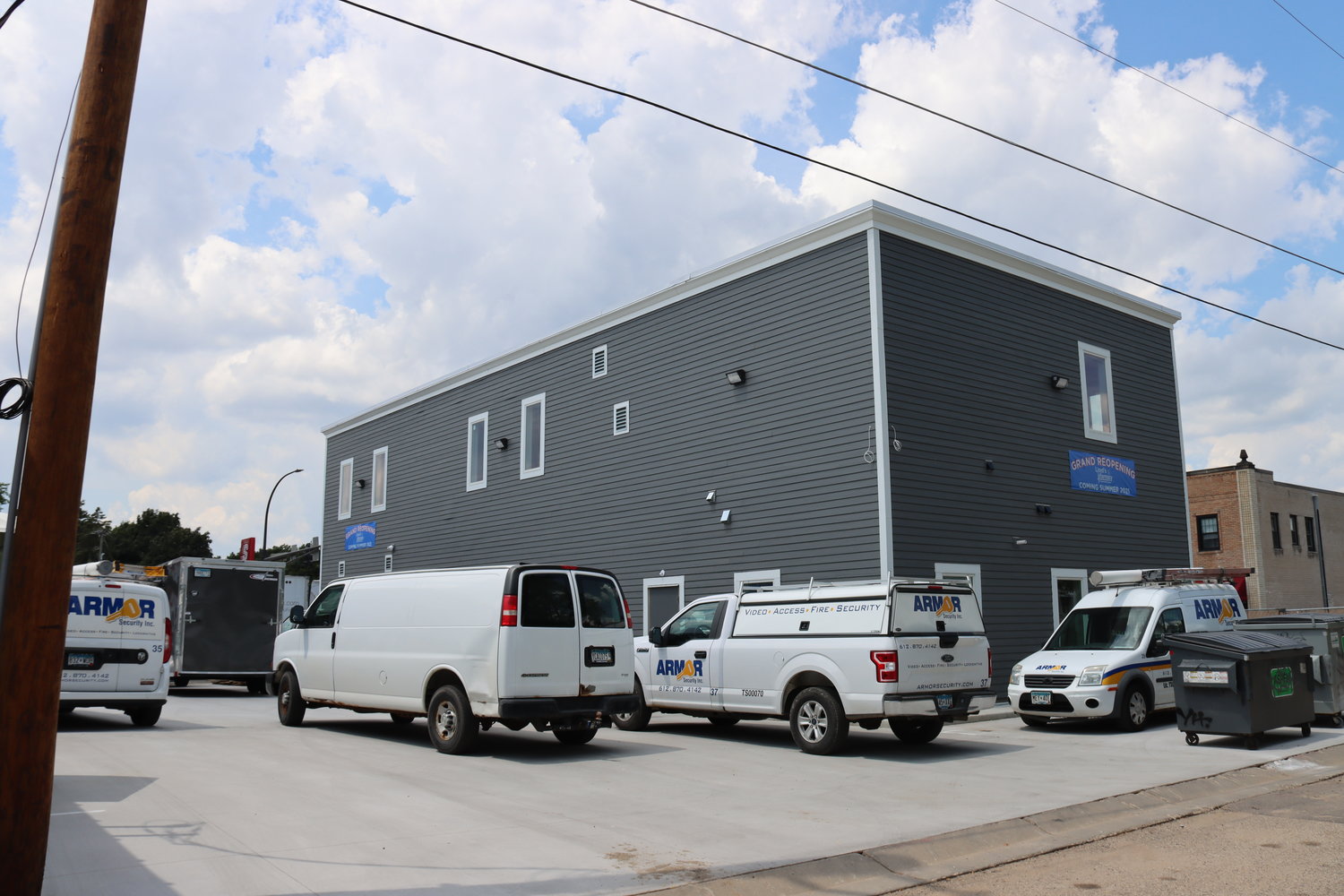 Lloyd’s Pharmacy has rebuilt at the corner of Snelling and Minnehaha and expects to reopen with free food, giveaways, and more on Monday, July 26 and Friday, July 30, 2021, providing they pass necessary inspections. (Details on page 20)
The 102-year-old pharmacy building was looted and then destroyed by fire during the civil unrest in the Midway area on Friday morning, May 29, 2020 following the murder of George Floyd by Minneapolis police officers. Jim Stage has owned Lloyd’s since 2014, and immediately pledged to rebuild.
The Menopause Center of Minnesota plans to return to the back section of the building with an entrance off Minnehaha Ave.
“This pharmacy is more than about us,” observed Jim. “The community has been coming here for years and years. They wanted it here. They supported us. This is a tribute to them.
“This is a community pharmacy. We felt that through this process.”

Family business
For the five Stage children who range in age from nine to 15, it has been a slow process although others have told them it has been fast. “It takes a long time to build,” commented the youngest, nine-year-old Edmund.
“The family has been so supportive of me through this process,” stated Jim. “Cally and the kids gave me space and time.”
The business is a family affair, pointed out Jim. He grew up in the Midway, and graduated from Concordia Academy in Roseville class of 2000. He interned at Lloyd’s under then-owner Ron Johnson, later worked for Johnson’s pharmacy in Rochester, and then returned in Lloyd’s in 2011. The family now lives in Roseville.
They all take pride in the family pharmacy business, which also includes Setzer’s at 1685 Rice St. The oldest, 15-year-old Gracen, has been working as a clerk at the temporary location, “mini Lloyd’s,” which has been operating down the street at 694 Snelling Ave. in rented space. They all plan to work at the pharmacy someday. Edmund and 12-year-old Elliot dream of becoming pharmacists when they grow up and taking over the family business.
It was hard to reckon with knowing people broke into the pharmacy, looted it, and then set it on fire. The family decided right away they would focus on forgiveness. “It was good for us to do that as a family,” said Jim.
With that, they decided to look for the blessings in the situation, to make lemonade out of lemons, pointed out mom Cally.
Ten-year-old Lydia observed that God knew they needed to fix up the aging building. They’re all grateful for a new one that won’t require constant fixing.
Thirteen-year-old Evelyn put her mark on building by carefully selecting all the paint colors. She opted for a shade of gray as a nice base color, with blues and pinks as pops of color in individuals rooms.

Modeled after old building with modern touches
The new building closely models the look and layout of the original, including the cantilevered window above the front door that gives it a distinctive look. The original window hung over the city sidewalk, which is no longer allowed under code. To keep the structure looking the same, the entire building was moved back a few inches so the window stays within Stage’s property line. The crown modeling on the top outside edge is also a feature of the new building. The old building has been added onto multiple times over the years and was a hodgepodge of levels. There was a small, partial basement under the front section.
While the new one is laid out in a way that the customer won’t notice the difference, it is now all one level. Plus, the ceilings are higher at 10 feet, which make it feel more spacious. The basement also has 10 feet ceilings and stretches the entire length of the building. A vaccine room was added at the front.
The new building has ADA improvements, a plus for his customers, pointed out Stage.
A few additions will make things more efficient for staff and help them avoid frequent trips up and down the 22 steps between levels. There’s a dumbwaiter that travels between the basement and the main floor. Another set of tubes moves medication quickly between the labs and compounding areas on the second level to the main level.
Originally a living space, the second level was extensively remodeled in 2018 to better house the pharmacy labs. Lloyd’s serves about 8,000 people and about 15% of their work is compounding medications that aren’t available many other places. One lab is set up with the necessary fans and safety precautions for handling medications deemed hazardous, with a pass-through window for observation and to move medications back and forth without having to suit back up.
Lloyd’s also puts together “blister packs” for customers to help them manage multiple medications over a month. By organizing the medications into 28-day packs, it is easier for customers to track when and what they need to take each day.
Lloyd’s offers delivery in St. Paul, and mails out orders across the state and into Wisconsin.

Hard but important lessons
General contractor Joe Beitler of Beitler Construction lived across the street from the state fairgrounds in the 1970s and 80s. He met his wife while attending Bethel in the buildings that are now home to the Job Corps. “It was painful to go through but what he has now is such an improvement to what he had before,” observed Beitler.
Jim observed that he learned many lessons over the last year, including that he wasn’t in control. “It’s been trying. It’s been testing. It’s been hopeful. It’s been wonderful,” said Jim.
“There’s been a lot of growth. I’ve had to learn how to manage differently. It’s taken me out of my comfort zone.”
As with other affected businesses in the Twin Cities, insurance covered only the cost of the building as it was valued before it burned down not what it cost to rebuild. Some of the gap was covered by the GoFundMe donations.

Community, staff support
People sent donations and letters of support. Midway residents Maxine Curran and Robert Juneski brought homemade baked items – snickerdoodles and banana bread and pumpkin spiced cookies – to the 70 staff at Lloyd’s and Setzer’s every single Tuesday all year long.
“The employees returned,” said Jim. During the chaos, “they stuck with us. They powered through it. They were asked to do things they wouldn’t otherwise have done. They have been outstanding.”
Lloyd’s staff began working out of the Setzer’s location immediately, working to fulfill orders before they were able to rebuild their computer system based on their long-time relationships with customers. Within a month, they had opened the temporary location down the block from the original one, and have operated from there since.
They’re looking forward to getting back into a larger facility and working out of a new space.