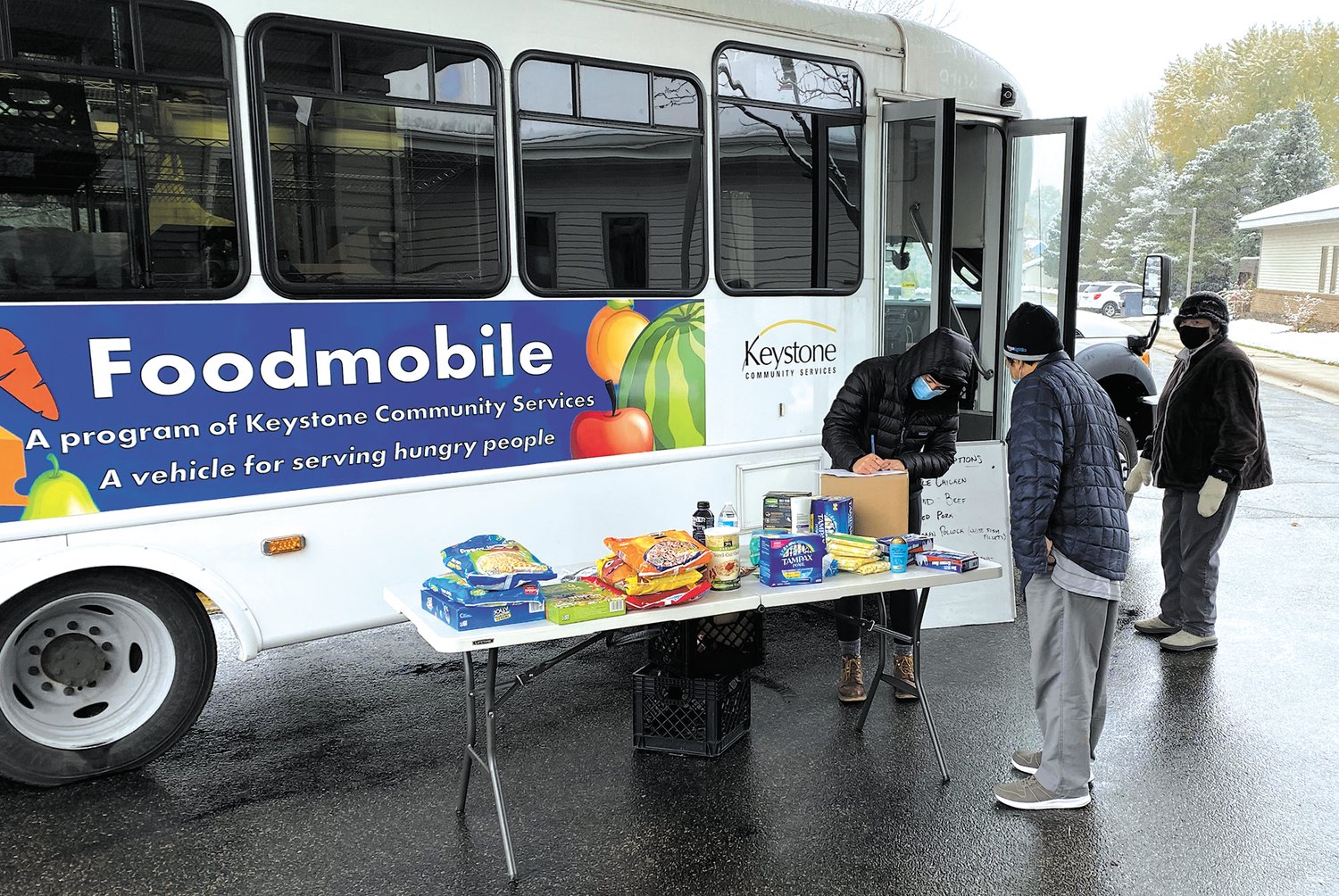 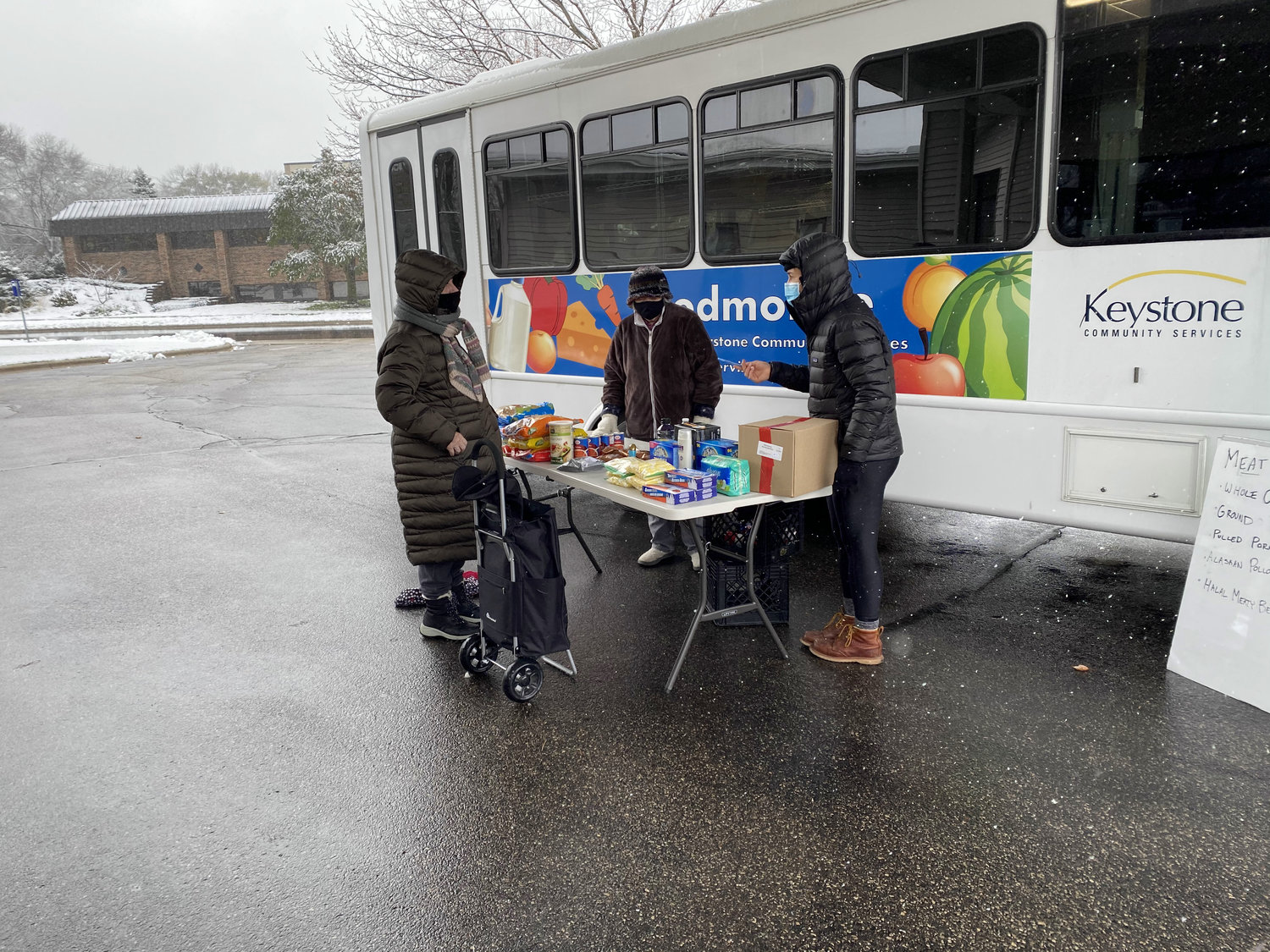 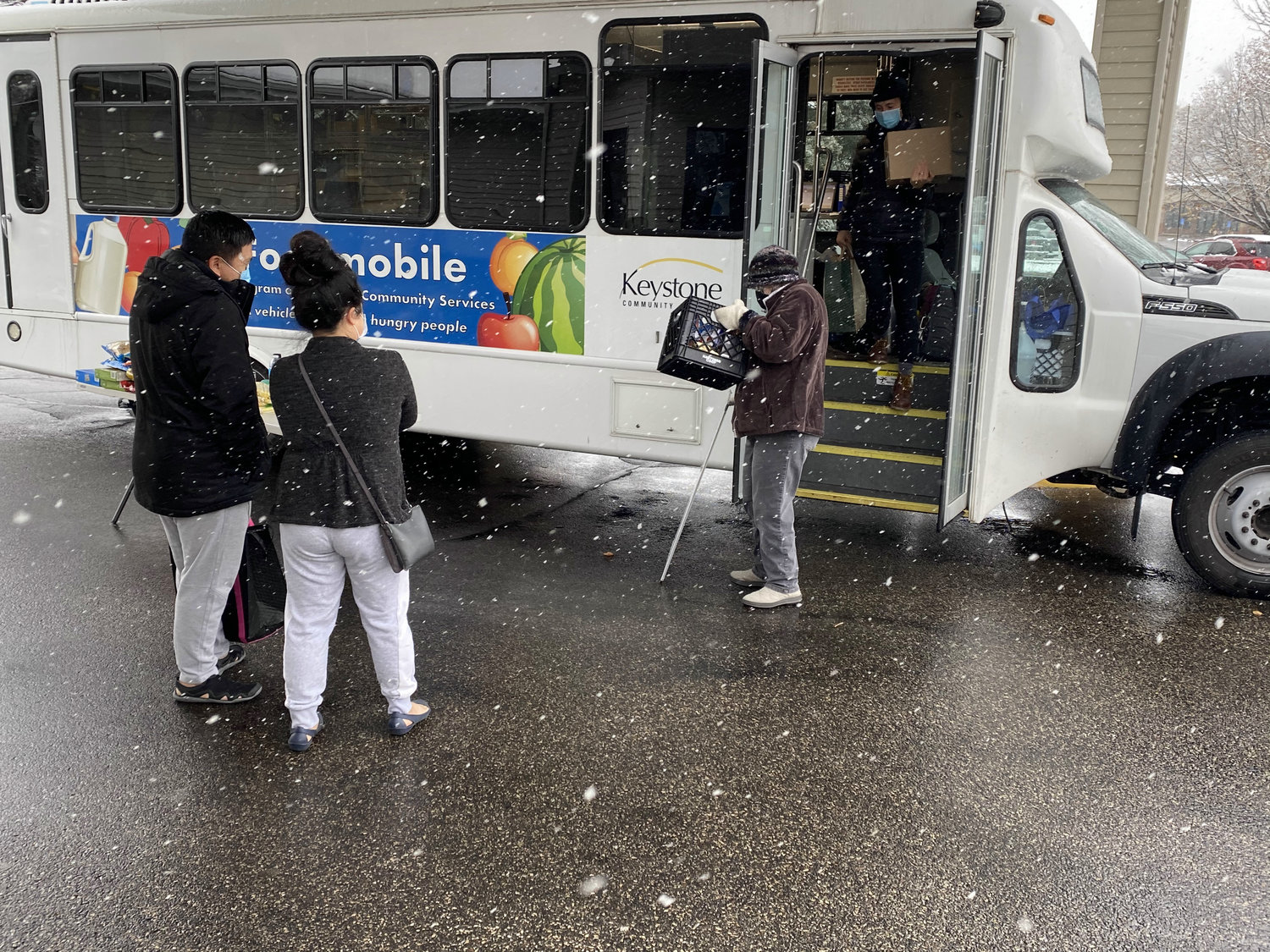 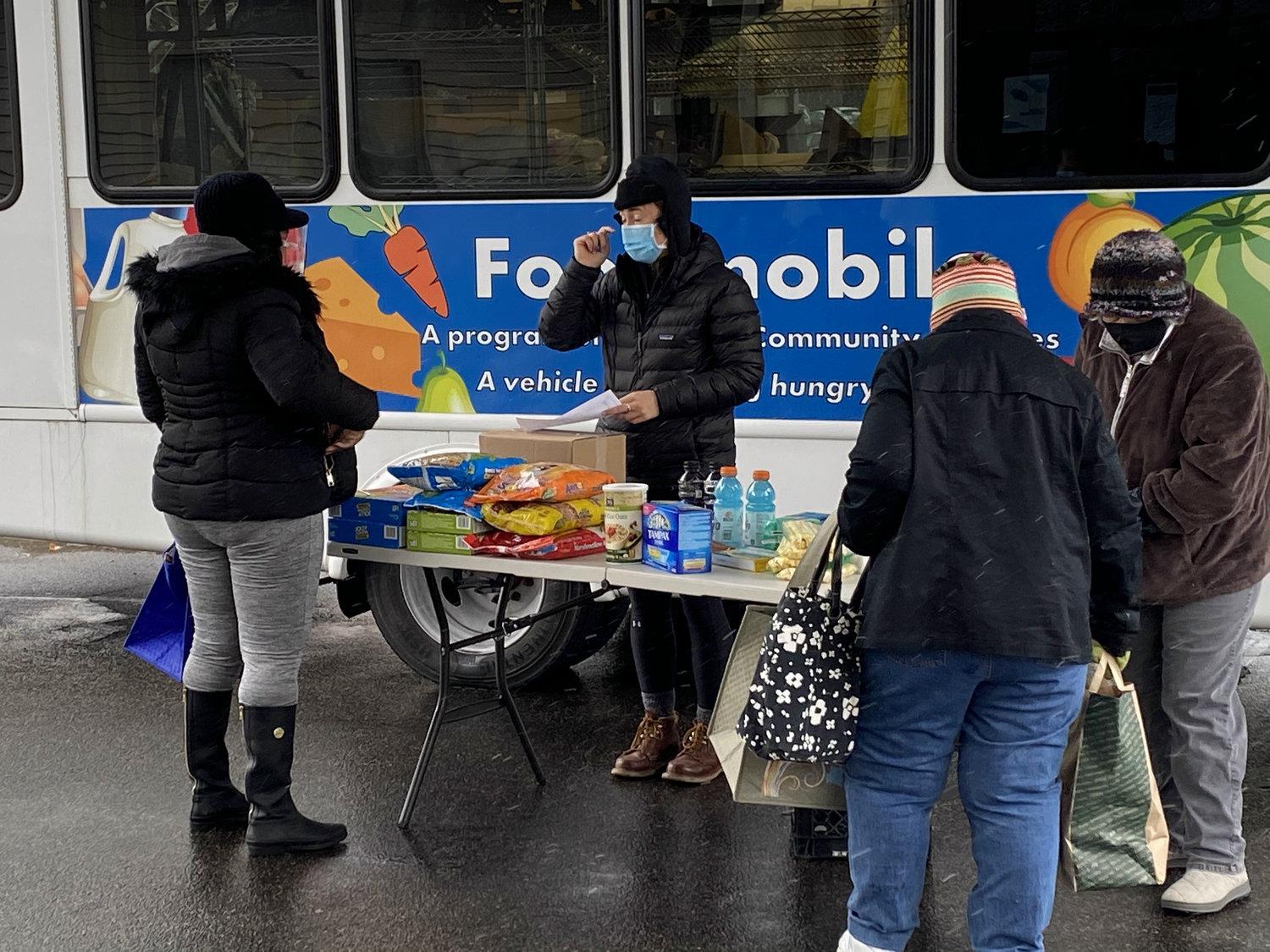 • 25% of people who receive food from the Foodmobile are children and 24% are adults over the age of 55.

• 75% of Foodmobile participants self-identify as people of color.

• 33% of participants are from Suburban Ramsey County.

• 98% of Foodmobile participants have a household income at or below 200% of the federal poverty level.

For some people in need, going to a traditional food shelf brings feelings of anxiety and shame. About seven years ago, Minneapolis-based nonprofit Keystone Community Services had an idea to change that. They would buy a food truck and make different stops around the Twin Cities area. They would make it feel more like a place for the community members to shop what they needed.
It was the night of Keystone’s 75th charity gala, and its members were asking for money to buy the Foodmobile. A little to their surprise, they ended up raising all the money they needed to buy the Foodmobile during that one night. This program has been met with success and is growing.
At last year’s gala, Keystone asked for donations to buy a second Foodmobile, and once again the money was raised in one night.
“It’s just really amazing,” said Jen Winterfeldt, Director of Development and Community Engagement at Keystone Community Services.
The Foodmobile program is still a relatively small operation with 10 to15 volunteers and one full-time staff member, but they still make a big impact on the local community, serving 3,600 different people last year. Many of them are repeat shoppers.
One of those shoppers is a woman named Jean. She said she had never needed any assistance before but had recently started having some medical problems, and much of her money was going to her medical bills. She said she was very nervous to go to the Foodmobile for the first time, but the volunteers greeted her warmly to make her feel at home. They then chatted about her favorite foods and the kind of recipes she was going to make. She said it felt like she was shopping with her friends.
“I’ve heard so many seniors in particular really describe the Foodmobile like it doesn’t feel like a handout; it just feels like a community,” Winterfeldt said.
The Foodmobile doesn’t just provide food: It provides healthy food. A report by Wilder Research states that nearly 350,000 Minnesotans live in a food desert. This puts Minnesota in the bottom 10 states in terms of access to a grocery store.
“They don’t have to be making a choice of whether they can afford a bag of carrots or some of this other produce that is more expensive than this box of mac and cheese,” Winterfeldt said.
The Foodmobile goes to 25 different metro locations a month. For times and locations, visit Keystone Community Services website.
“We bring food to those who don’t have access to a car or have some other kind of transportation barrier,” said Foodmobile manager Eleanor Heberlein, “those who couldn’t otherwise access our two brick and mortar locations.”
The Foodmobile uses a partnership model. Its partners help with everything from the physical location, marketing to even providing volunteers. This also allows the Foodmobile to tailor food options for different venues. A distribution to the University of St. Thomas might be different from a delivery to downtown St. Paul. For example, an area with a high Asian population may be given more choices that they are familiar with.
The coronavirus pandemic has affected the lives of many. The Foodmobile is no exception. In the past, shoppers were able to go into the Foodmobile and pick out everything they wanted. Now the volunteers prepack all the essentials to save time while still trying to give as many options as possible. They have also seen a rise in shoppers since the pandemic has begun.
Keystone is looking to expand this program as the demand for it continues to grow. With the additions of the second truck, Keystone is looking to hire more full-time employees.