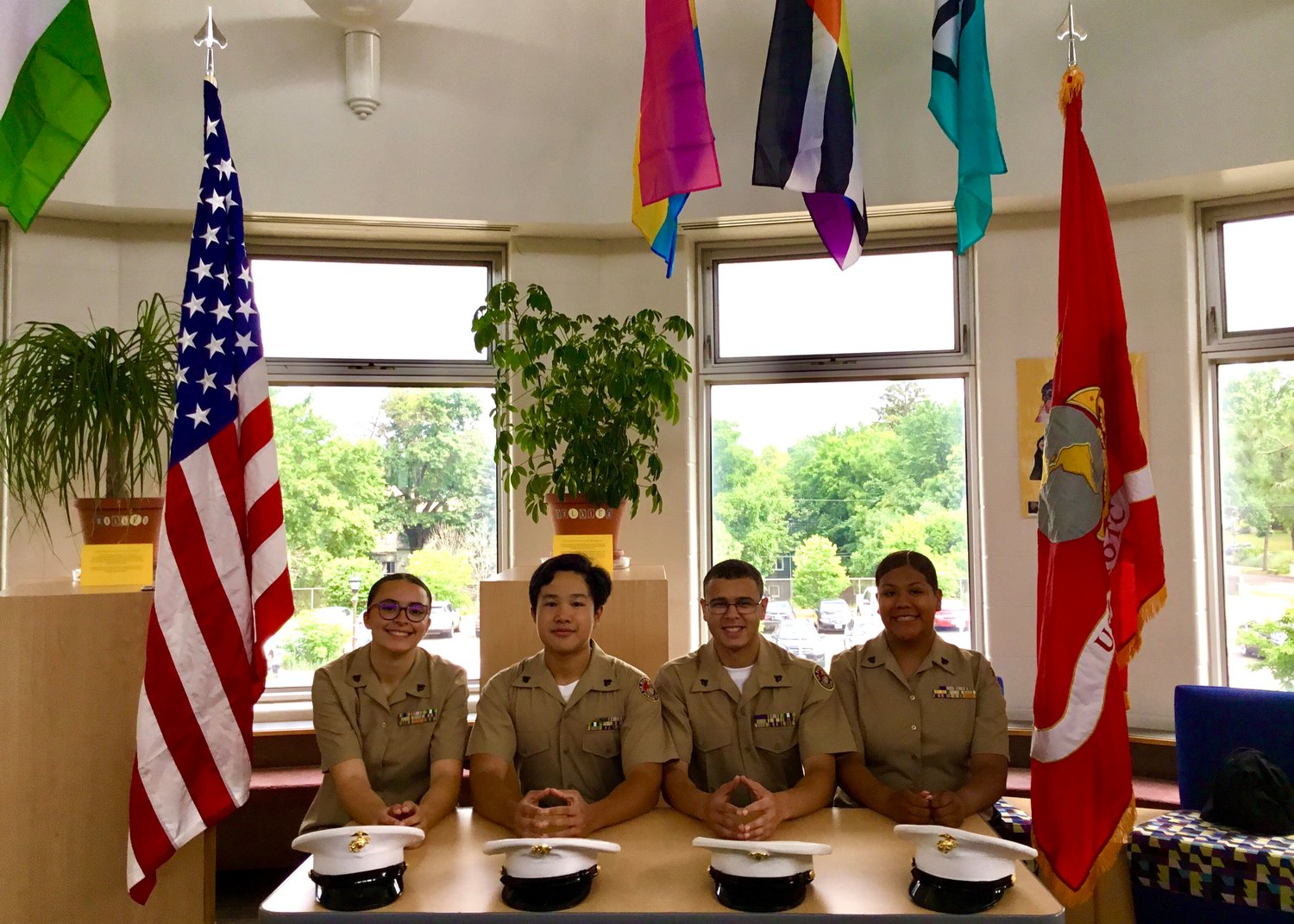 The JROTC Academic Team composed of Jesiah Mason, Sophia Moore, Kimberly Sanchez-Mendez, and team captain Alex Le is heading to Washington, D.C. to compete in the JROTC Leadership & Academic Bowl (JLAB) Championship.
The JLAB championship event, conducted by the College Options Foundation, will be held on the campus of The Catholic University of America from July 23-27.
Como’s team earned top scores out of the 91 Marine Corps JROTC academic teams that competed from around the world in the first two rounds of competition. They are one of only eight teams that won an all-expense paid trip to our nation’s capital for the finals.
The cadets are tested on their knowledge of core curriculum such as math, science, and language arts, as well as current events, citizenship, and leadership skills. JLAB promotes the values of education, service, and college opportunity while allowing students to demonstrate leadership and academic abilities.
The College Options Foundation is a non-profit organization dedicated to enriching the academic development of high school students and assisting them in the preparation for higher education.

Her heritage
Como student Taylor Fairbanks produced an exceptionally well-researched History Day project involving her heritage. What she started in St. Paul ended up being showcased by the Smithsonian National Museum of American History.
Taylor’s exhibit involved the White Earth Land Settlement Agreement in 1985. It advanced through school, regional, and state competitions to reach National History Day. From that elite group of national qualifiers, Taylor’s project was selected to be Minnesota’s representative in the Smithsonian Learning Lab, a virtual showcase of 51 premier exhibits reflecting this year’s theme, Communication in History: The Key to Understanding.
In a press release, Smithsonian American History Museum Director Anthea M. Hartig said, “We are excited and grateful to recognize the impressive work of these young scholars, and share it across our national network. Their work helps tell the complicated, difficult, and beautiful stories of the United States.”

Student-teacher team
Como student Sam Skinner began his summer by conducting historical research along with his mentor from middle school, Murray social studies teacher Courtney Major. They were one of 16 student-teacher teams throughout the U.S. who were chosen to participate in the second annual Sacrifice for Freedom: World War II in the Pacific Student & Teacher Institute in Hawaii.
The research began with Sam’s project on a WWII veteran who served in the Pacific from Murray High School’s class of 1941. Signalman Third Class Arthur Barnard Engebretson was one of the Silent Heroes who are the focus of the institute’s historical inquiry and analysis.