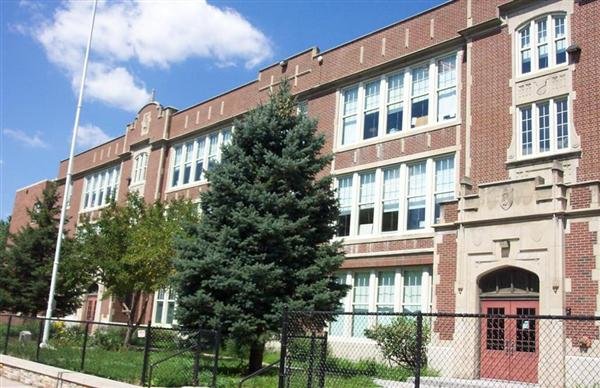 Jackson Elementary’s 268 students will be split up. 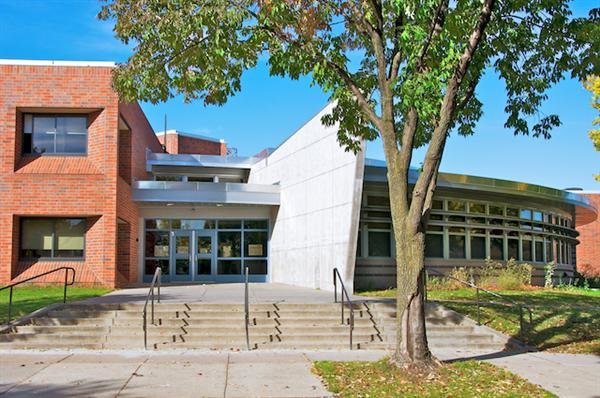 After 111 years in the Midway, Galtier Elementary will close its doors at the end of the 2021-2022 school year. So will Jackson Elementary, a Frogtown mainstay since 1880, and three other schools on the city’s East Side.
LEAP Academy, a Midway-based high school for English language learners, and Wellstone and Highland Hills elementaries, were spared from the final plan. Still, the closure of five schools and the programs shifts and changes driven by Envision SPPS will impact 2,165 students and an unknown number of staff, faculty and administrators.
On a 5-2 vote Dec. 1, the St. Paul School Board approved a changed version of Envision SPPS after weeks of packed public hearings and meetings between school community and district officials.
Galtier students who live east of Snelling will be bused to Hamline Elementary next fall. That puts into a motion a merger plan the school board voted down in 2016. The school has 207 students.
The Galtier building at 1317 Charles Ave. would be converted into an early childhood learning hub.
Jackson’s 268 students will be split up. Its Hmong dual-language students will be sent to Phalen lake Elementary, on the city’s East Side. Jackson’s general education students will be sent to Maxfield, which is in the Summit-University neighborhood.

Parents feel ignored
The vote capped weeks and hours of hearings over the controversial Envision SPPS plan. The hearings drew hundreds of people, ranging from small children who pleaded to keep their schools, to elected officials, former school district administrators and members of the St. Paul and Minnesota NAACP.
While Galtier lacked the sheer numbers of supporters that LEAP, Highwood Hills and Wellstone Elementary turned out, Gator parents and students were no less committed to saving their school. “It’s been a great community,” said parent Nate Roisen. “It’s tied to our neighborhood.” He urged the school board to dedicate its energy to bringing families back to public schools.
“Closing schools should be a last resort,” he said.
Galtier parents Vichheka Khiev-Clarke and Clayton Howatt spoke of how Galtier has been deprived of resources. The school has had a revolving door of principals, teachers and support staff. Teachers have been there for five or fewer years. Howatt questioned whether that would be allowed at other schools.
“It’s like there are two different school districts,” he said. Howatt and other school supporters have put in thousands of hours advocating for equity among schools, and proposing ideas, but they feel ignored.
Khiev-Clarke said she is the person she is today thanks to a St. Paul Public Schools education. She has two children at Galtier and asked the school board to consider providing more resources to the school instead of closing it. “I see us as diamonds, all of us. We have not all been polished … Make us shine like the stars we are,” she said.

A ‘Black’ school at start, 13 languages spoken now
In a Facebook post, the Galtier Parent Teacher Organization said, “Galtier served kids continuously through WW1, the Great Depression, WW2, and more …
“The destruction of the Rondo neighborhood, and one of its elementary schools, pushed Black St. Paulites further into Midway and Black children into the White working class Galtier. White flight began and by the time the new building opened, Galtier was already seen as one of the ‘Black’ schools in St. Paul. From the time of the destruction of Rondo to this day, Galtier has remained a proud majority African American school.
“Today Galtier serves children from all corners of the world. At last check there were 13 home languages represented by our student population. Sadly, all things must come to an end …
“We will make the best of our last year, but the pain is deep and real. Thank you to all the students and families that have made Galtier what it is, both now and the generations that came before us.”

Frustration, disappointment and distrust
School board members aid they appreciate the difficulty Envision SPPS will cause, but said it is needed to keep schools and the school district viable. Roughly 2,165 students are affected by the changes.
John Brodrick, who is leaving the school board at year’s end, said even the amended plan doesn’t address the cries for transparency and clarify he has heard from district families. He and board member Zuki Ellis voted against the plan. Brodrick and Jim Vue were the only two votes for a proposal to not close any schools.
Brodrick said he expected to hear sadness after the school closings and changes were announced but he was sad to hear so much “frustration, disappointment and distrust” from so many people.
“I’m not proud of this vote,” said board member Yusef Carrillo. He is also leaving the board. But Carrillo and other said the district must address enrollment declines.
Envision SPPS is a response to ongoing declining enrollment, driven largely by increased competition from charter schools. St. Paul Public Schools are down about 3,500 pupils over the past three years. The district has about 16,000 elementary students, with room for 8,000 more.
Envision SPPS was touted by school administration as creating larger elementary schools, with more specialists and support staff.
Other schools closing at the end of this academic year include Parkway Montessori Middle School, which will be repurposed as the middle school for Phalen Lake’s Hmong studies students; John A. Johnson Elementary which will merge with Bruce Vento Elementary; and L’Etoile du Nord French Immersion’s lower campus.
Obama Elementary will close in fall 2023 and be renovated to house Montessori students from Cherokee Heights and JJ Hill in the future.