News for everyone, delivered to everyone
Under the hood

reconnect, refresh and re-stock your pantry 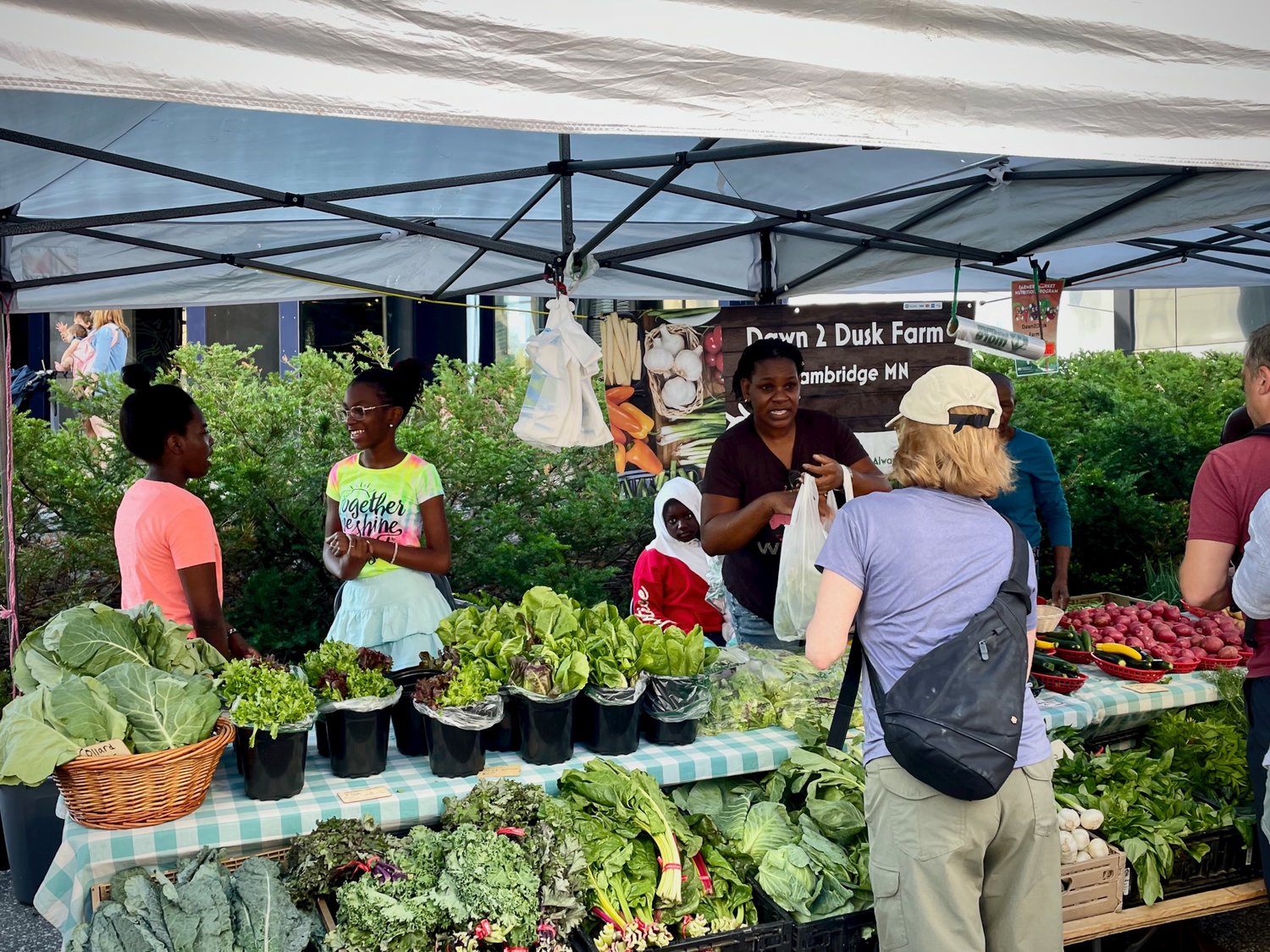 Dawn2Dusk farm provides land, infrastructure, and sharing of knowledge of farming and markets, as well as building community to beginning farmers through 1-on-1 support. (Photo by Susan Schaefer) 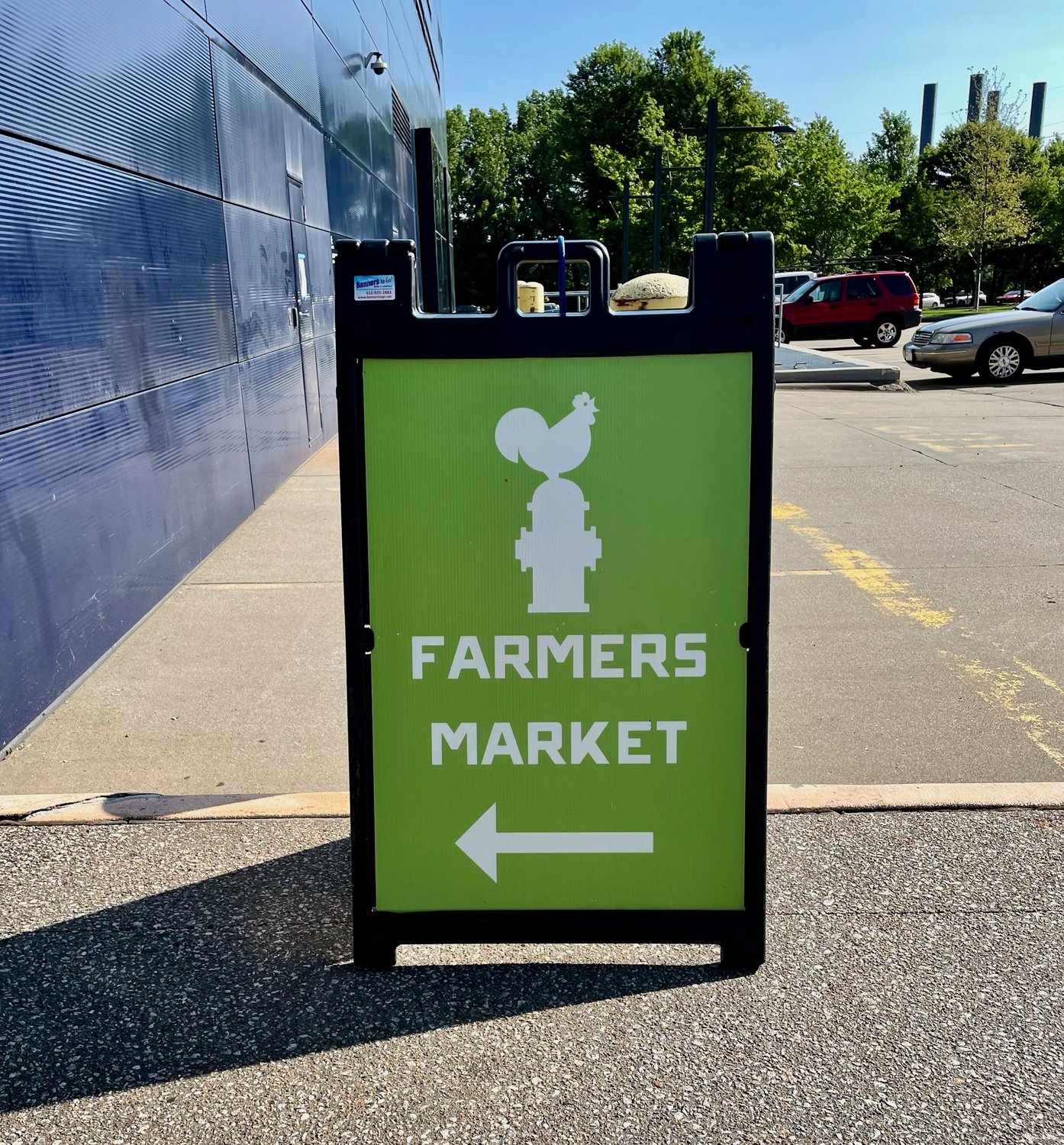 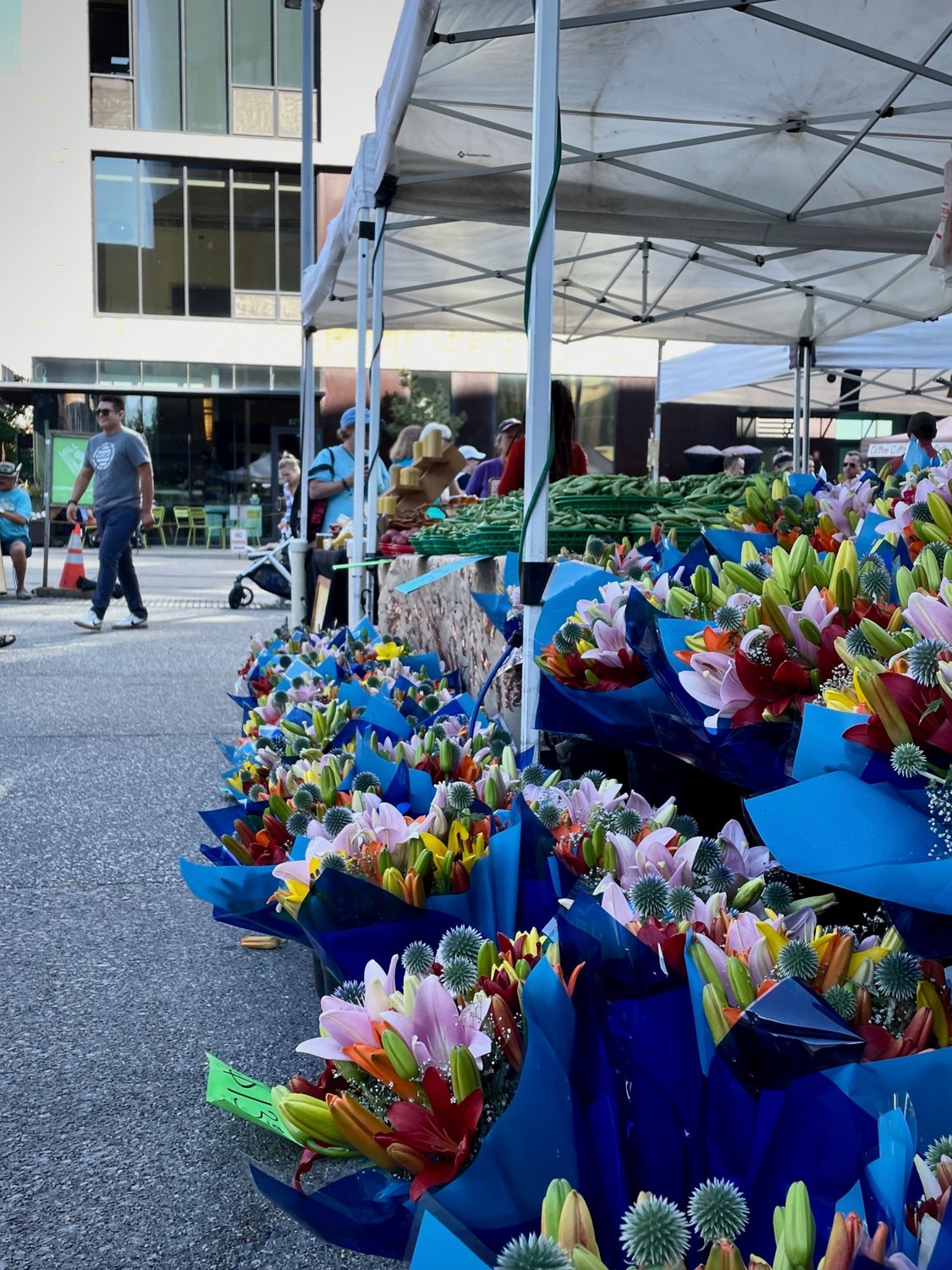 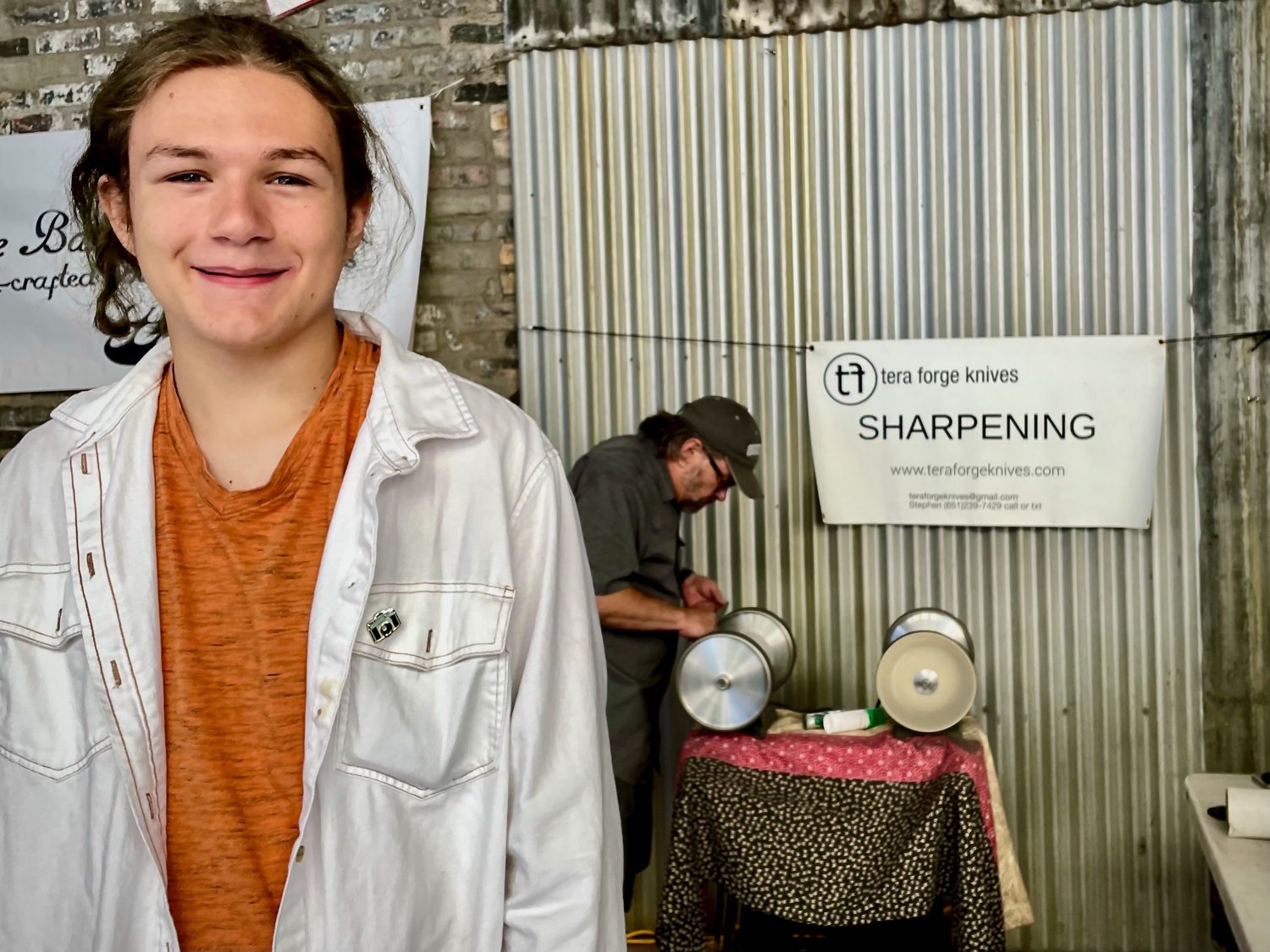 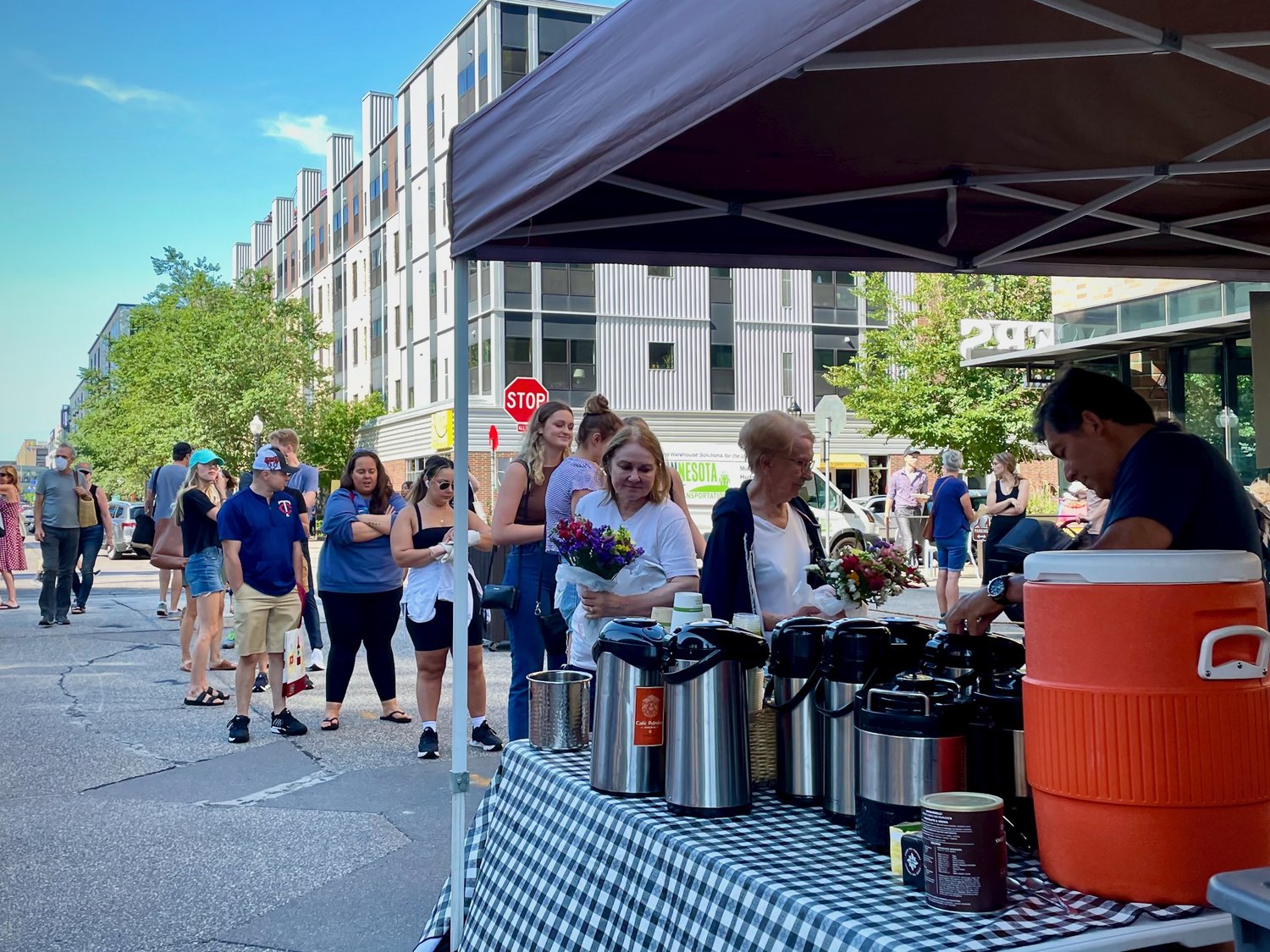 • Nokomis Farmers Market | currently closed (hope to be back in 2023), on the corner of 52nd and Chicago Avenue S.

Summer in the cities finds metro residents flocking like sheep to partake of the bounty offered at more than 15 local farmers market from various neighborhood locations. (See sidebar on page 3.)
Replicating the function of historic town squares, our modern-day farmers’ markets are places for neighbors to meet, greet, eat and frolic. Reflecting current passions, many markets feature way more than produce, protein and prepared foods, offering everything from mini-cooking and even yoga classes, to knife sharpening services, local crafts such as jewelry, ceramics and woodworking, and live music.
Outdoor gatherings like these have gained even more popularity with quarantine-weary urban area dwellers delighted to share safe places to reconnect, refresh and re-stock pantries.

Farmers markets through the millennia
Said to have originated in Egypt over 5,000 years ago, farmers and craftsmen have been provisioning city denizens throughout history. Archaeological data reveal that early farmers and artisans often measured their goods on scales, using barter to value items by weight rather than using a monetary system.
Though not farmers markets in the traditional sense, Native peoples of the Great Plains also engaged in trade between members of the same tribe, different tribes, and with the European Americans who increasingly encroached upon their lands and lives.
According to the Encyclopedia of the Great Plains, trade within a tribe involved gift-giving as a means of obtaining needed items and social status, “often taking the form of an exchange of products of the hunt (bison robes, dried meat, and tallow) for agricultural products, such as corn and squash. European and American items, such as horses, guns, and other metal products, were incorporated into the existing Plains trade system after the 17th century.”
The first farmers markets in North America, in fact, date back to the 1600s and were brought by European settlers. Such markets were the primary means for customers from small towns to access meats, dairy, and fresh produce. They were significant economic operations that attracted many people into city centers.
By the 1800s and 1900s, farmers markets were not only important for economic success, but also social interaction, as they were often the only means for rural and urban community members to meet.

Farmers markets here and abroad
Growing up in Philadelphia, I was fortunate to frequent one of our country’s earliest farmers markets, the historic Lancaster Central Market, which dates to 1730 when city planners had the foresight to designate a 120-square-foot lot in the center of town as a public marketplace. This remarkable market has persisted throughout the years offering products from many vendors, notably from the celebrated Pennsylvania Amish community.
During my 10 years as a resident of the medieval European city of Maastricht, the Netherlands, I went weekly to the traditional Market Square with its “goods” market on Wednesdays and an expanded version on Fridays featuring fresh fish, artisanal regional products, and a famous textiles market. Living just across the Muse River in the tiny, ancient Wyck neighborhood, I frequented its legendary Thursday organic market, which drew hundreds of locals as well as neighbors from nearby villages and towns. My neighborhood market was an authentic international experience where polyglot vendors spoke at least five languages, communicating with customers from nearby Germany and Belgium in the local Limburg dialect, Dutch, English, German and French.

A nostalgia and resurgence for farm to table
Back in the USA, the 1950s and 60s featured people transitioning from rural to urban life. Farmers markets diminished as a focal point for commerce and interaction as improved roads, transportation and technology drastically changed consumers relationship with food production, giving rise to an eventual 24/7 global economy where an itch for a midnight bowl of ice cream could be tickled by 3 a.m. trip to a nearby supermarket. During this era, most people had no idea where the food on their table came from. Presently in the United States, food travels, on average, 1,300 miles and changes hands six times before it is consumed.
But by the 1970s, there was a renewed desire for fresh and organic food, sparking a revival of farmers markets and local coops. United States Department of Agricultural (USDA) data show that the number of farmers markets had increased by 63% over a six-year period from 1994 to 2000.

Nat’l Farmers Market Week, Aug. 7-13
The USDA, which provides support and education for its broad membership, sponsors National Farmers Market Week each year during the first week of August.
Here in Minnesota, our nation’s breadbasket, the Minnesota Farmers Market Association, (MFMA) provides services, programs and leadership that support and promote farmers markets across Minnesota, highlighting diversity, equity and inclusion.
One local market, the Mill City Farmers Market, runs its enterprise mirroring the MFMA. Operated by a unique non-profit founded by legendary restauranteur, Brenda Langton, in collaboration with the Mill City Museum, Mill City Farmers Market mission supports diversity, equity and inclusion. And fun! Known for its free cooking classes with prominent chefs, MCFM also features engaging children’s activities and adult education, supporting over 100 local farmers, food makers and artists, the market has always focused on local, sustainable and organic food in a vibrant setting. The added benefit of the relationship with the Mill City Museum allows the market to operate year-round, outdoors May through October next to the Guthrie Theater, and inside the Museum on select Saturdays November through April.
With half the summer still ahead, consider incorporating a visit to assorted markets as part of your seasonal explorations.
Your tummy and taste buds will thank you.