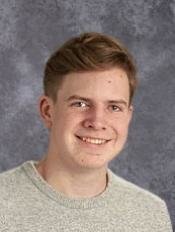 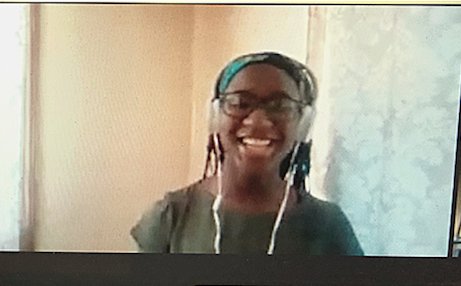 The Como Park debating duo of Chikamso Chijioke and Sam Skinner concluded their junior year of competition as participants in the Minnesota State High School League Tournament.
They’ve made steady progress through high school, from participating in the novice division as freshmen, to junior varsity as sophomores, before succeeding at the varsity level this year.
Debate at Como Park is organized by veteran teacher Ms. Deb Hansmeier. She’s happy to have support from partners in the Urban Debate League, who provide additional coaching staff and resources. The community coach working with Como was Josh Lamet, a University of Minnesota student with a passion for policy debate.
That passion has been developing within both Chijioke and Skinner. As they dove deep into research for this year’s topic, they enjoyed building their cases and producing compelling arguments for both sides.
To prepare for each tournament (all competitions at all levels were virtual this year) they refined their positions on the resolution: The United States federal government should enact substantial criminal justice reform in the United States in one or more of the following: forensic science, policing, sentencing.
“We constructed affirmative arguments advocating for ending the death penalty, abolishing ICE, and educating people about jury nullification,” Skinner said.
“We always thought about what the other side could say, and how we could defend against it or use it to our advantage,” Chijioke said.
Coach Hansmeier explained how prepared and adaptable debaters must be to succeed. “They don’t know what side they’ll have to argue until right before the debate. Then they present evidence and have to argue why their side is a better choice for the judge.”
The top two teams at each section tournament qualify for state. Chijioke and Skinner felt good after each round. When they secured second place after two days of competition, they were rightfully proud. At state, they wound up winning two of five debates against the premier competition across Minnesota.
But the trophies aren’t why they compete. Nor are they the highest point of pride.
“I’m proud anytime we have a good round. We don’t even have to win. If I felt I did a good job I was proud. If I learned something that I can use later on I was proud,” Chikamso said.
“My baseline for an accomplishment was feeling that I did my best, did not give up, and used my skills and knowledge in an efficient way.”
Skinner expressed similar sentiments. But most of all, he’s grateful for the collective experience of debate with a dedicated group of Como peers.
“I am most proud of how the debate team has grown this year,” Skinner explained. “We expected that the COVID-19 pandemic would lower participation, but instead our numbers have grown. Each of our teams have performed consistently well at all levels of debate.”
Como’s junior varsity debaters this season were Kayla Kerr, Lily Anderson, Caitlyn Coyle and Allie Rognerud. Novice debaters included Colleen Reynosa Shaw, Ikram Mohamed, Ti’Yanna Booker, Thay See, and Gus Ostby.
Two years ago, Chijioke and Skinner debated at the novice level. For those willing to put in the time and practice, there’s clearly a path for growth at Como in the team’s supportive and collaborative environment.
“Debate can be a home for anyone seeking education, competition, and/or community,” Skinner said. “Its inclusivity and opportunity is unparalleled.”