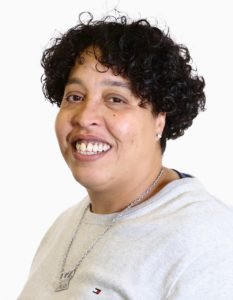 What is our collective responsibility of ending gun violence?

That’s a driving question for Chauntyll Allen, who joined the St. Paul School Board in January 2020. And it’s a question she challenges others with.

“It’s about creating a society where people don’t need to carry guns,” she stated.

Allen pointed out that the drive for Black kids to protect themselves starts early. “These kids are dealing with safety issues,” she said.

They set off trying to prove they’re tough, wearing hoodies and their jeans low. They connect with a few other kids to move around with safely in their community. If they win a few fights, they’ll be left alone. If they lose, next time they might bring a gun (which kids have told her is easy to buy for $200-400) to protect themselves. It’s a cycle that isn’t fixed by just telling them to put their guns down – because that leaves them vulnerable.

“Right now, we do have a gun violence problem,” said Allen. She plans to pull together a group to learn gun shot first aid so they can respond fast to plug the holes and do CPR before an ambulance arrives. “The goal is the train many people to respond to gun shots they way they respond to heroin,” she pointed out.

Guns Down, Love Up

Allen is involved in Guns Down, Love Up, a movement created after her friend and fellow activist Tyrone Williams was shot and killed on April 3, 2018 in North Minneapolis outside his mother’s home. She helped organize a set of rallies on Friday, July 10, one in front of Shiloh Church in North Minneapolis and the other along Maryland Ave. W. in the North End of St. Paul.

As she passed out flyers for the community rally and takeover the week prior at the Holiday on Rice St., she saw a man chasing two females around a car with a gun. Allen walked over to try to deescalate the situation. The man was trying to get his stolen car and tools back. Eventually, he left, still angry. Allen hopes to reconnect with him, and raise money to replace his tools and fix his ignition. She pointed out that his anger hasn’t gone away. Things haven’t been resolved, and the cycle will continue.

Marching down Maryland is an intentional move, one meant to support the family of 21-year-old Marquez Perry-Bank who was gunned down in the middle of the day on Friday, May 3, 2019 in the parking lot of the Maryland Supermarket at 444 W. Maryland Ave.

Allen was working at Como Park Senior High School last year, and was with Marquez’s sister when she saw the live feed of her brother dying. “I happened to have her mom’s phone number in my cell, so I picked up my phone and called her,” recalled Allen. “She was in a panic.” They helped her figure out what to do with her daughter while she was dealing with the murder of her son.

This is what public safety can look like, according to Allen. What would the school resource officer (SRO) have contributed to the situation?

The Como SRO isn’t a bad guy, said Allen. “His salary costs so much. We could have two or three of me.”

An SRO isn’t going to be part of the healing process for this family and offer continued support, Allen pointed out. She was part of the effort to help the Perry family pay for a headstone for Marquez, and just saw his sister last week. The family is still waiting for his body to be released.

Recently, Allen lent her support to a group of teens from Central High who asked the St. Paul School Board to remove police officers from their schools. The board agreed on Monday, June 22 on a 5-1 vote (with John Brodrick against) to remove the officers in high schools, stop contract negotiations with the city and develop a new safety plan. They join Minneapolis and Winona, Minn. in this shift. It’s a move that was a long time in coming, according to Allen.

The kids Allen worked with at Ramsey Middle School are about 20 now. “Some heard what I was saying but they’re trying to find their own way,” she said. “The bottom line is gun violence has plagued them. What is the start of this gun violence occurring? It was the lack of village in our community.”

Folks are scared of little kids, she observed. They don’t want to insert themselves and redirect.

“I am not that person,” remarked Allen.

When they see Allen walk up, the kids pull up their pants, get themselves together, and talk to her about the trade school they’re considering. She wishes the whole community had this level of expectation for kids. But it needs to be tempered with the understanding that kids need access to resources, she pointed out. Some need help filling out applications. Others need financial assistance.

At her second job, working with Learning Dreams at the University of Minnesota, Allen does street outreach centered around talking to kids about their dreams, and helps figure out what steps they need to get there.

Allen thinks the K-12 push towards four-year degrees has been lacking and resulted in many kids disengaging from school. Not everyone wants to get a four-year degree nor do they need one to get a good job. They may not want to go in the corporate world and fight white supremacy for their whole lives, she observed. Ask the kids what success looks like for them.

Allen said has seen many Black teachers, paraprofessionals, and leaders leave the St. Paul School District due to its unaddressed internal racism. Those folks are now leading the way in districts like Roseville, St. Louis Park and Robbinsdale. She’s also watching Black students get pushed out to charter schools.

It’s part of her goal to create a village.

Allen wants to see the “poverty pimps” cut out. Towards that goal, she’s encouraged the city to cut ties with those who aren’t really helping and put their money into programs that support kids. She supports sports programs, as they give kids a team to be part of, which also helps keep them safe because then they’re known for being a baller and left alone.

She’s watching to see how the Healing Streets Project performs this year after receiving funds from the city. Allen supports the Community Ambassadors Program of the North End, Midway, East Side and Frogtown – those folks wearing green shirts who work both in and out of schools.

“They don’t have to call the police when they see someone acting up,” said Allen. “They can call the auntie.”

Allen graduated from Central High School, and earned her degree in African American students and psychology. She worked for 10 years in child protection services (CPS) before switching to schools. She’s a fourth generation Rondo resident, and her mom is trying to figure out where to buy groceries and household items right now after the closure of shops in the Midway. She remembers when there was a bowling alley in the Midway, because that’s where they had family nights, and she wishes there was a movie theater now.

“The goal is to create a village to save my community,” she said. “No one is stepping up to do the work.”

So she decided to. She is approaching it in an interconnected way, supporting individual families, making changes within the city and school district, organizing rallies, helping distribute funds through the Neighbors United Funding Collaborative, and pushing for the interruption of systems like CPS.