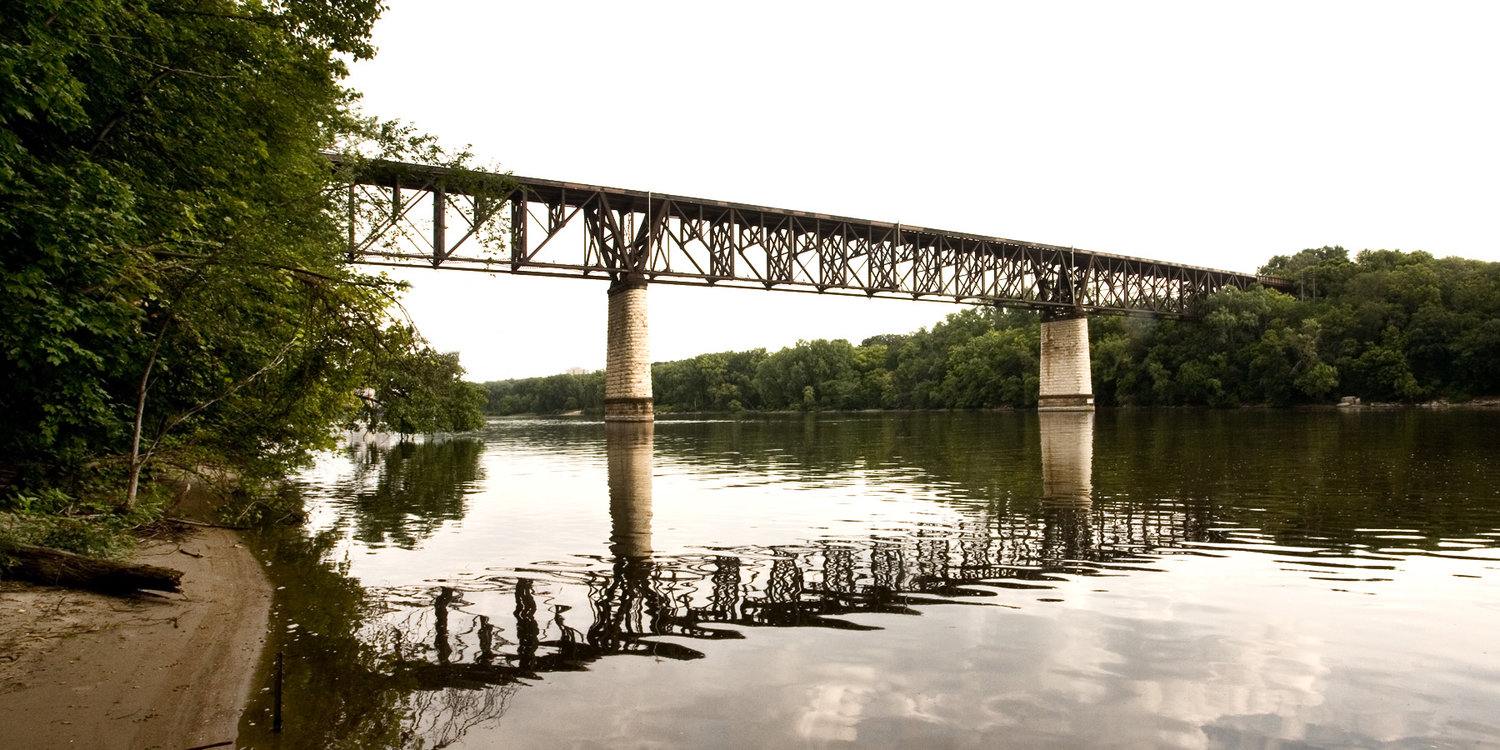 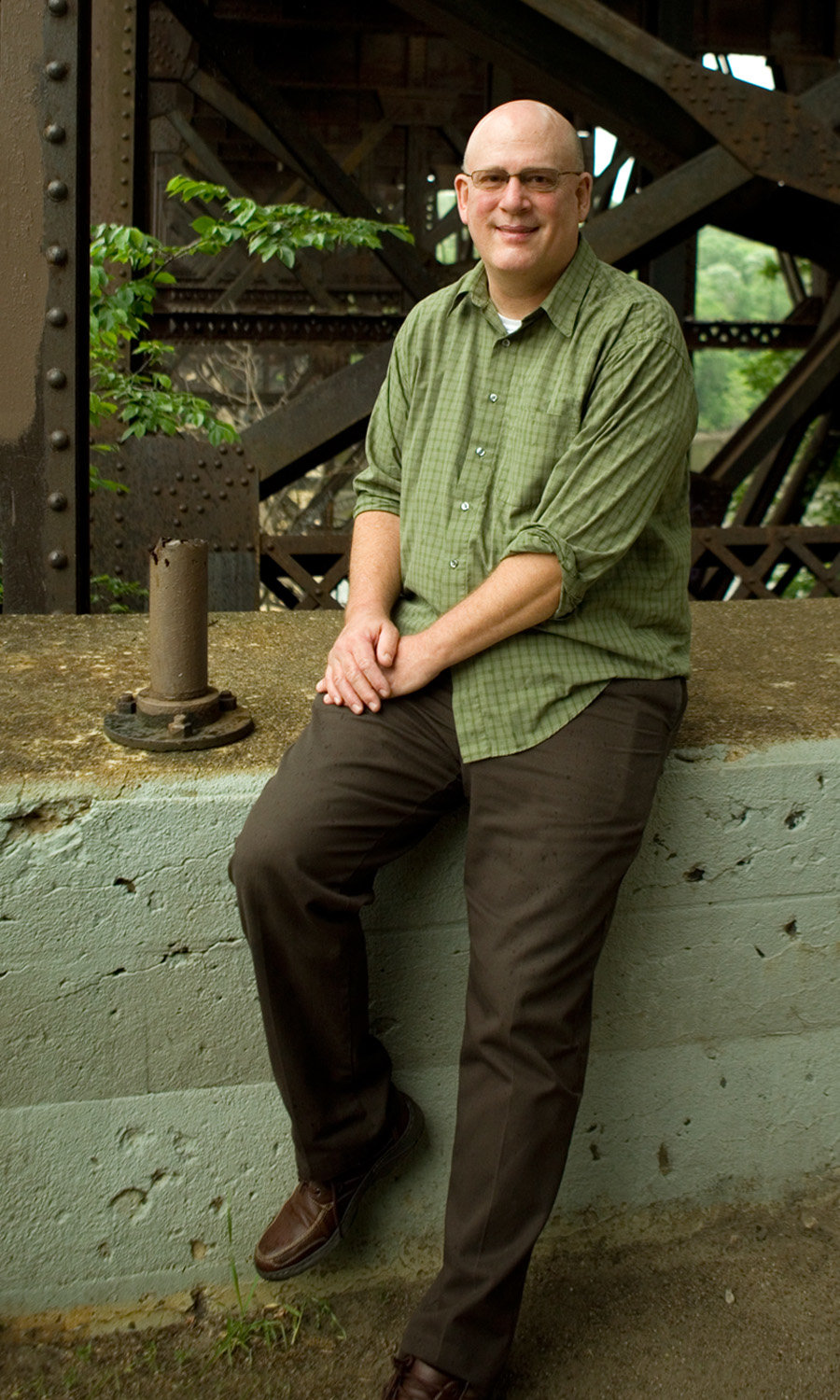 The Midtown Greenway Coalition is the grassroots organization that successfully advocated for installation of the Midtown Greenway by public agencies. The coalition also engages community members in protecting, improving, and using the Greenway. The coalition formed in the late 1980s and became a non-profit organization in 1995. Coalition members have worked with Hennepin County and other public agencies throughout the planning and construction process. The Midtown Greenway opened in 2000 and is now considered one of the most vital features of the city’s bike trail network.Want to join? Contact soren@midtowngreenway.org

Extending the Midtown Greenway into St. Paul could generate $3 billion in economic development, according to a recent study, and the supporters say the route will help fight climate change.
Midtown Greenway Coalition Executive Director Soren Jensen said, “It would take 5-10 years, of course, but economic development would likely start as soon as the new trail is under construction. There is a lot of underdeveloped industrial land along that corridor.
“It would surely become known as the best inner-city bikeway in the country, and be a game changer for our whole region.”
The Midtown Greenway Coalition hired Damon Farber and Visible City to create a report benchmarking how much economic development the Midtown Greenway has generated in Minneapolis. “Using that data, they projected how much revenue would likely be generated if the Greenway extended into St. Paul,” explained Jensen.
“Within 500 feet of the existing Greenway in Minneapolis, nearly two billion worth of economic development has been created since its inception, with restaurants, real estate development, and retail businesses springing up adjacent to the bike corridor. In addition, the Greenway has generated tens of millions in tax revenue dollars for the city of Minneapolis. With this recent study, our goal was to show the economic benefits of investing in green transportation for the city of Saint Paul.”

History of the Greenway
The Midtown Greenway is a 5.5-mile long bicycle and walking trail in a former railroad corridor in south Minneapolis. The trail is built on land owned by the Hennepin County Regional Railroad Authority, and is maintained by Minneapolis.
The Greenway was developed in four phases, moving from west to east. To the west, the Greenway connects with paths around the Minneapolis Chain of Lakes and the Southwest LRT Trail extending to the western suburbs. To the east, the Greenway connects with paths along the Mississippi River.
Phase I was completed in 2000, Phase II in 2004, Phase III on 2006, and the last phase (the construction of the Sabo Bridge over Hiawatha Ave.) was finished in 2007. The trail runs through neighborhoods that are racially, ethnically, and economically diverse. According to Jensen, “It cost about $34 million to build, and I like to say that it’s paid for itself 10 times over.”
An estimated 5,000 people use the trail each day, and over one million bike trips are made on it each year.
For most of its distance, the corridor is separated from the street, either in a gorge passing under bridges carrying streets overhead, or on a levy with traffic passing under it. This offers barrier-free bicycling that can make cross-town trips faster than going by car.
The Greenway is plowed in the winter, lit at night, and always open. The county’s long-term plan for the corridor includes an express rail transit service operating alongside the trails, serving as part of a regional rail transit system.

River crossing is feasible
In 2006, Hennepin County funded a study that evaluated the feasibility of extending the Midtown Greenway across the Mississippi River. The focus was on using the existing Short Line Railroad Bridge over the river, as well as options for building a new bridge.
The county ultimately decided not to pursue the project due to the unknown condition of the Short Line Bridge, and community objections to building a new bridge.
In 2019, the Midtown Greenway Coalition funded another study that focused on the projected costs of rehabbing the Short Line Bridge for bicycle and pedestrian use. This study determined the bridge could be safely rehabbed, and presented options and associated costs for placing a bike-pedestrian trail on the bridge. Jensen said, “Half the bridge doesn’t even have rail on it. The railroad can run their one train per day in and out. You put a bike trail on one half, and a protective barrier between the two to separate them.”
Both the 2006 and 2019 studies concluded that there are feasible solutions to crossing the Mississippi River and establishing a more regionally significant multi-use trail with connections to the University of Minnesota, Allianz Field, downtown Saint Paul, and points in between.

Through the equity lens
Extending the Greenway into Saint Paul would better connect people to jobs, schools, and homes between the two cities. According to research collected by the trail advocacy group American Trails, these factors negatively influence a community’s level of physical activity: higher crime, lack of access to public parks and play areas, and poor bicycle and pedestrian infrastructure. Expanding the Midtown Greenway would not only improve connectivity between Minneapolis and St. Paul, but promote exercise and better health for all Greenway users – including those who live in under-resourced neighborhoods along the route, pointed out Jensen.

What a climate crisis requires
According to Jensen, “We are facing a climate crisis. We have to figure out a way to get more people biking. Even if we’ll never be like European cities where half the people bike to work, we can do much better than we’re doing now by improving our infrastructure. E-bikes, scooters, wheel-chairs, walkers, and bikes are all welcome on the Greenway, and, of course, pedestrians.
“The main point of building any bike path is to fight climate change.”
“We’re advocating for protected bikeways, by building in a physical barrier between cars and bikes. There are a lot of people out there who feel comfortable riding in painted bike lanes, but there are plenty of people who don’t.”

Partners needed
Jensen concluded, “We’re hoping this latest report will encourage government agencies to partner with us at the Midtown Greenway Coalition. We’re hoping that Hennepin County, Ramsey County, MnDOT, and the Met Council will see what a great investment opportunity this would be. Who will take the lead and sit down with the Canadian Pacific Railroad to discuss how to move forward? We have a lot of elected officials (including Saint Paul Mayor Melvin Carter III) who are supportive, but they have to allocate time, funding, and staff to take the extension of the Midtown Greenway to the next level.”