News for everyone, delivered to everyone
MIDWAY CHAMBER DIRECTORY 2022 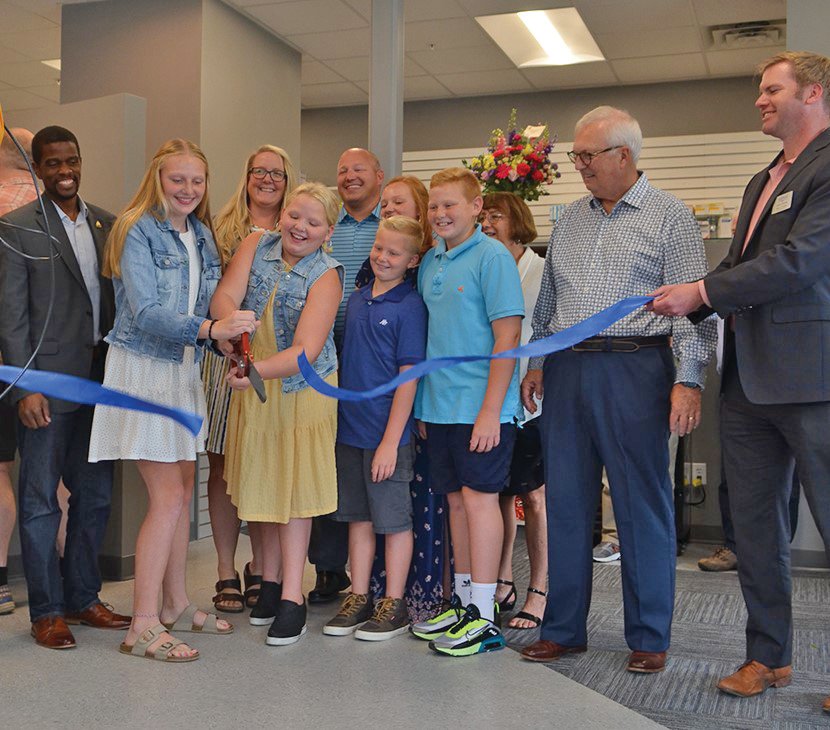 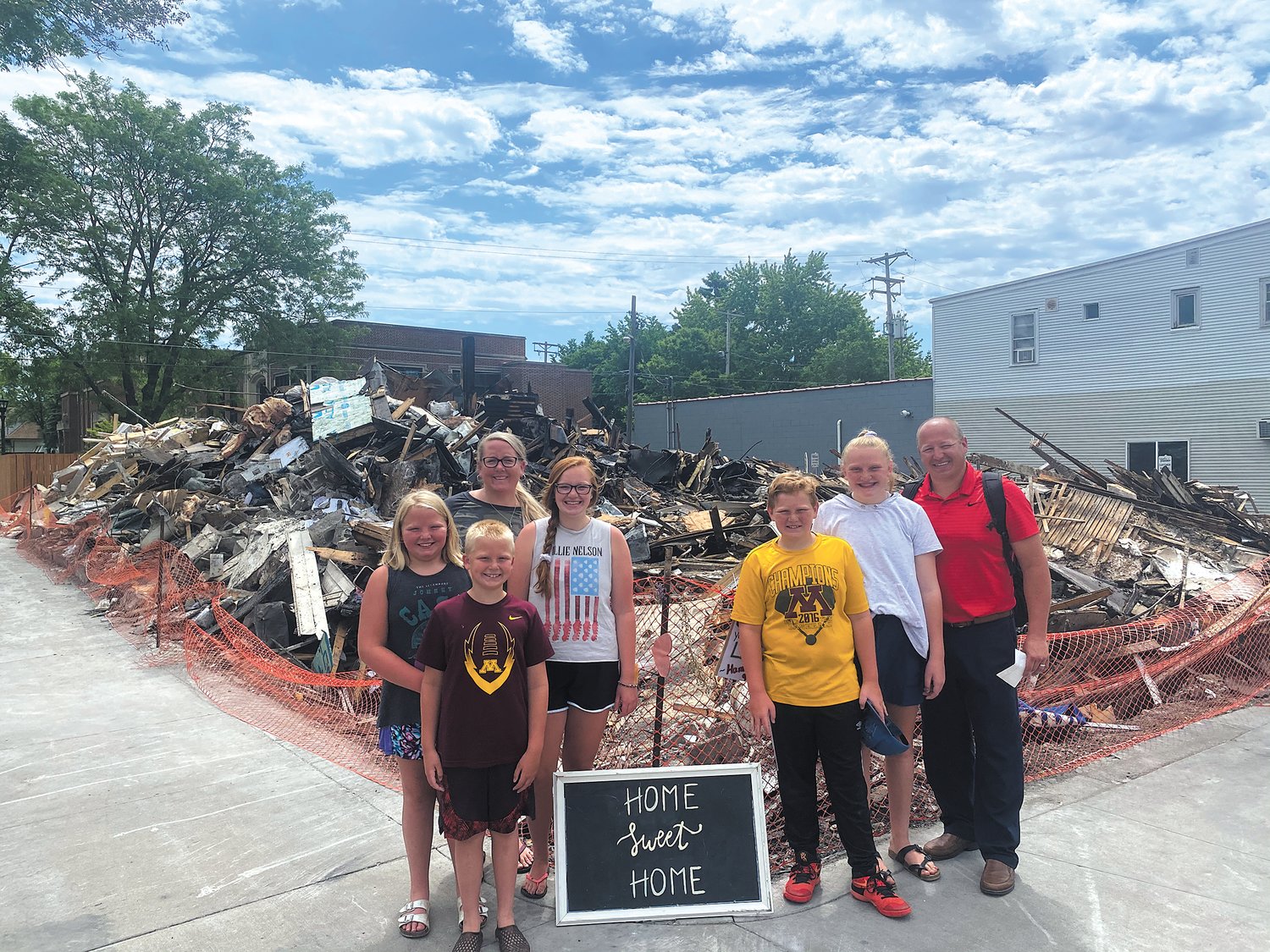 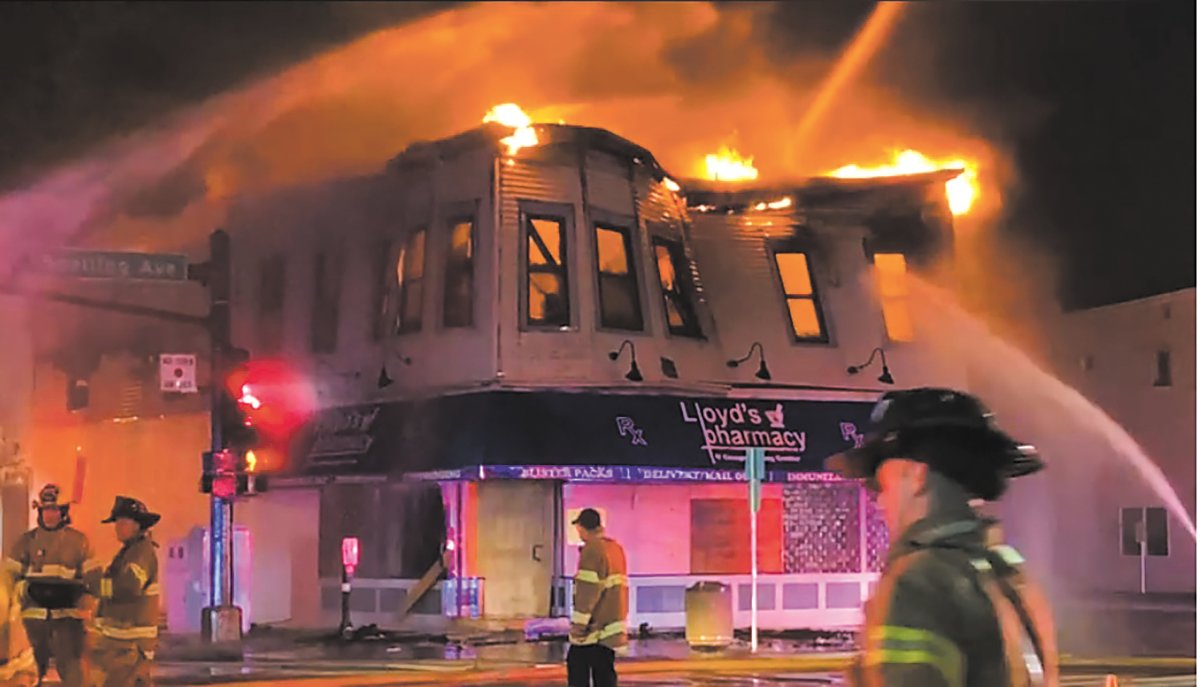 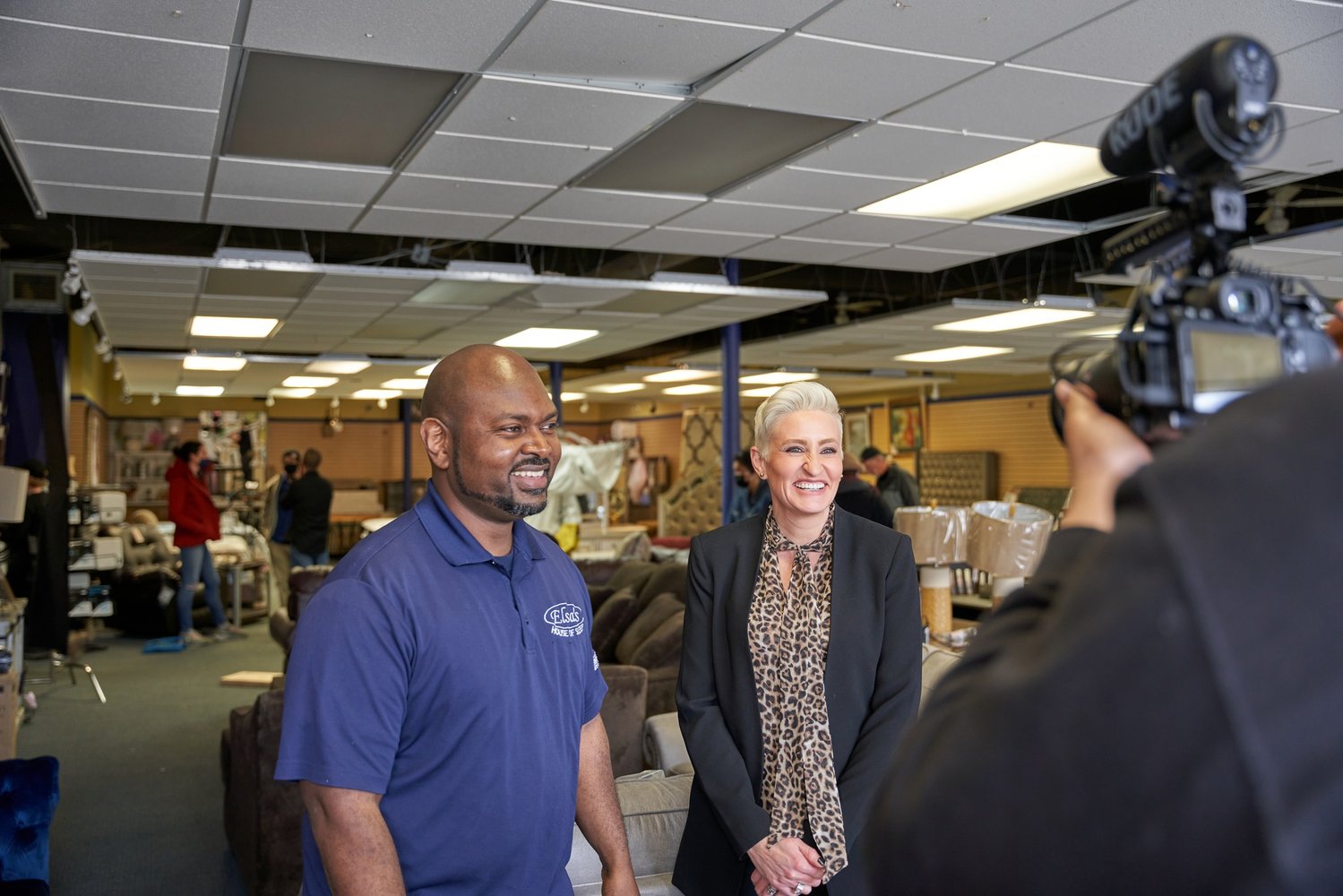 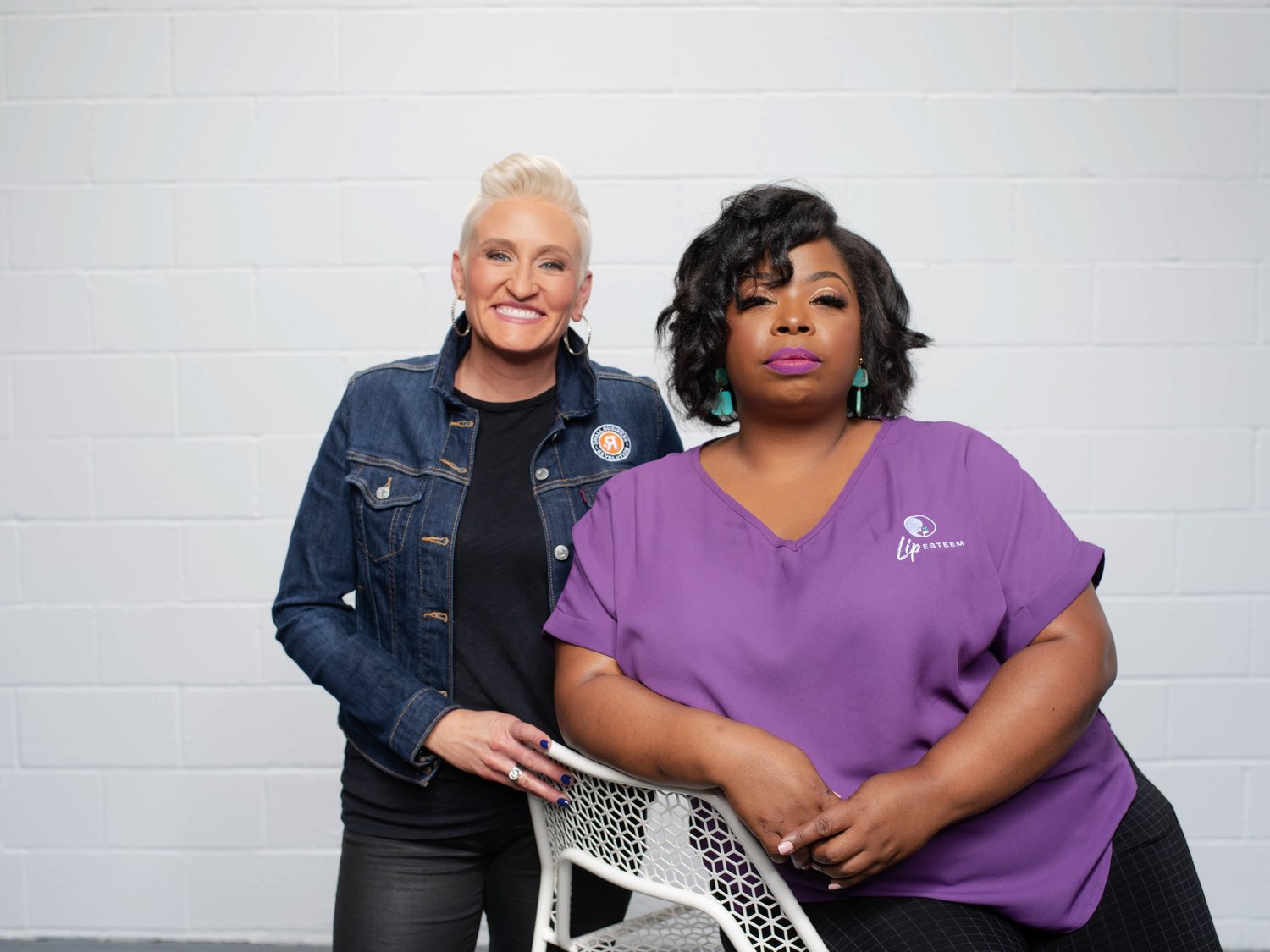 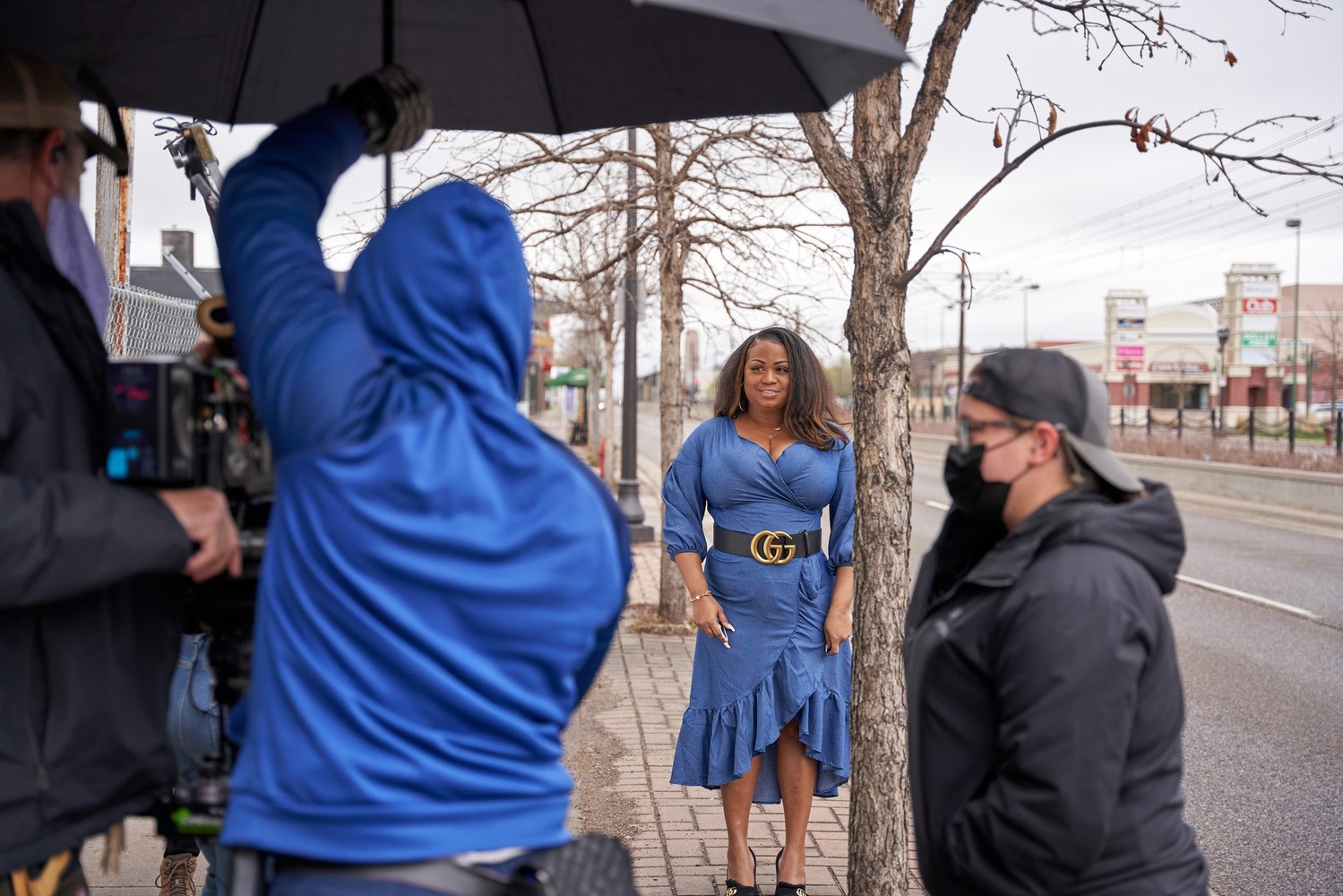 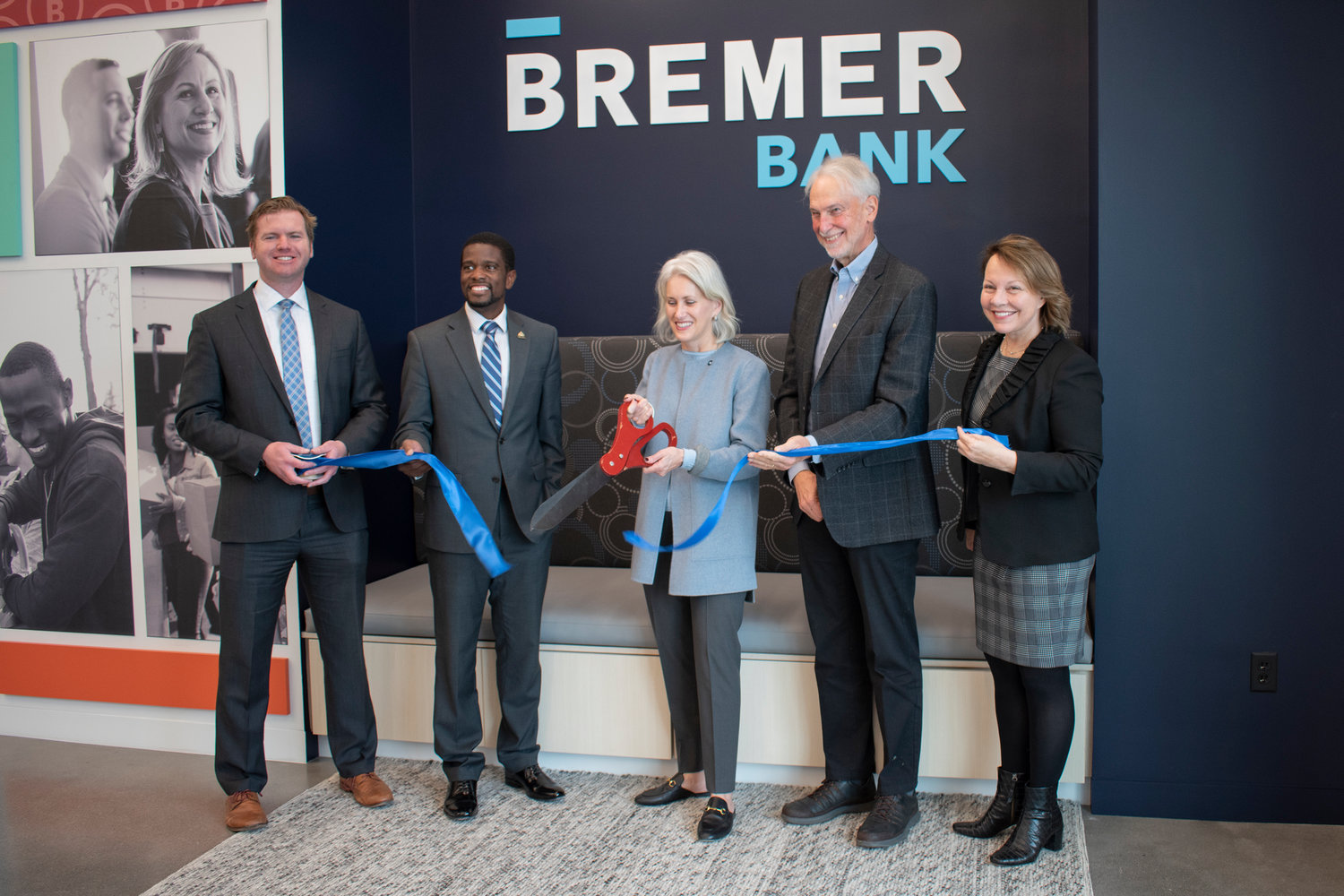 Bremer opened at their old space, in a new building that also features The Pitch apartments. 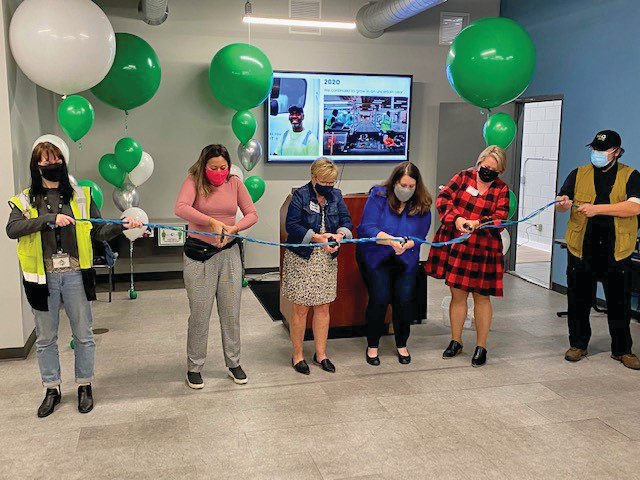 Many businesses reopened in 2021, including Bremer Bank and Lloyd’s Pharmacy, in new commercial space. Others were brand new to the community, including Minnesota Bank & Trust. Others expanded, including Tech Dump, who opened a retail store (shown above). 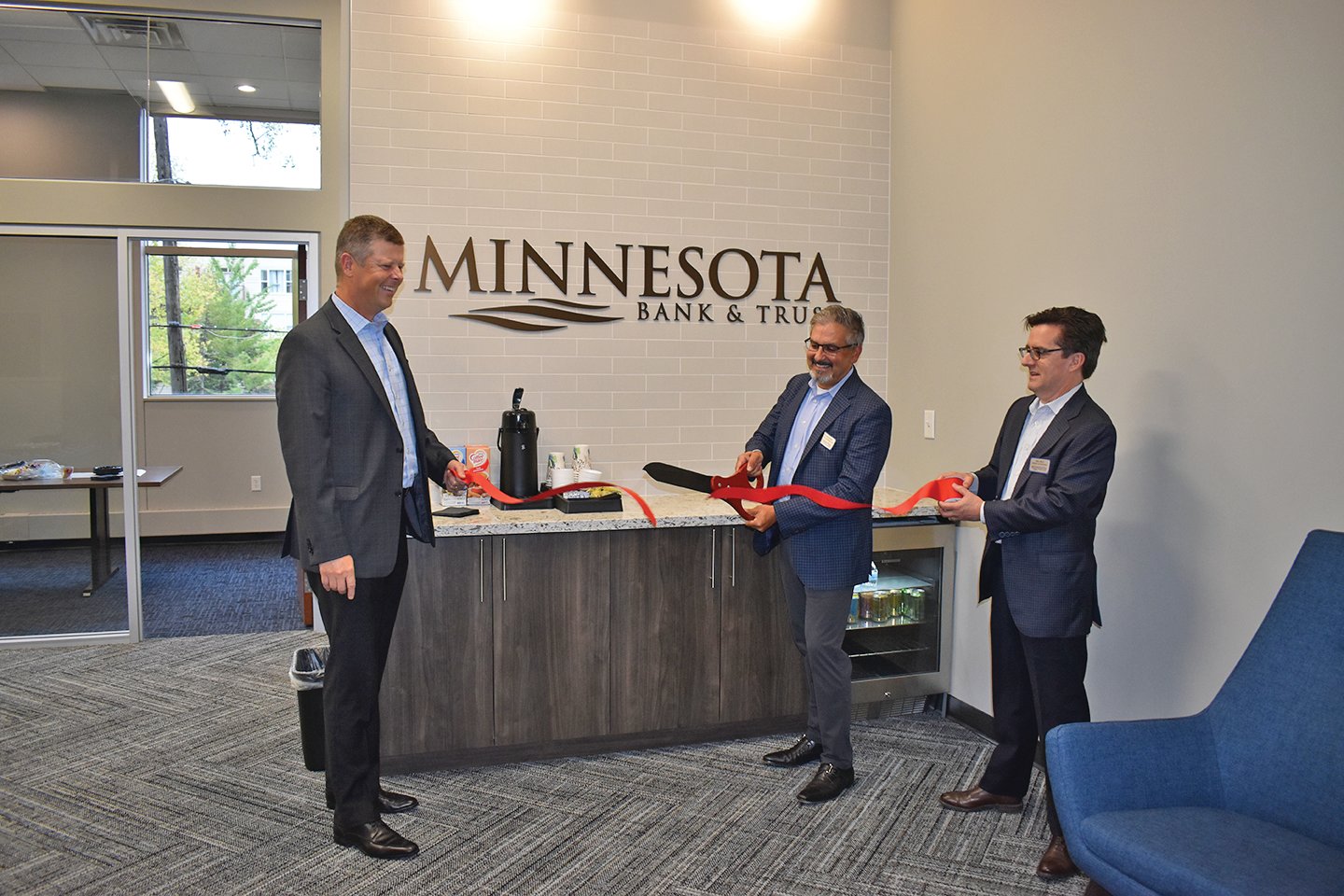 Many businesses reopened in 2021, including Bremer Bank and Lloyd’s Pharmacy, in new commercial space. Others were brand new to the community, including Minnesota Bank & Trust (shown above). Others expanded, including Tech Dump, who opened a retail store. 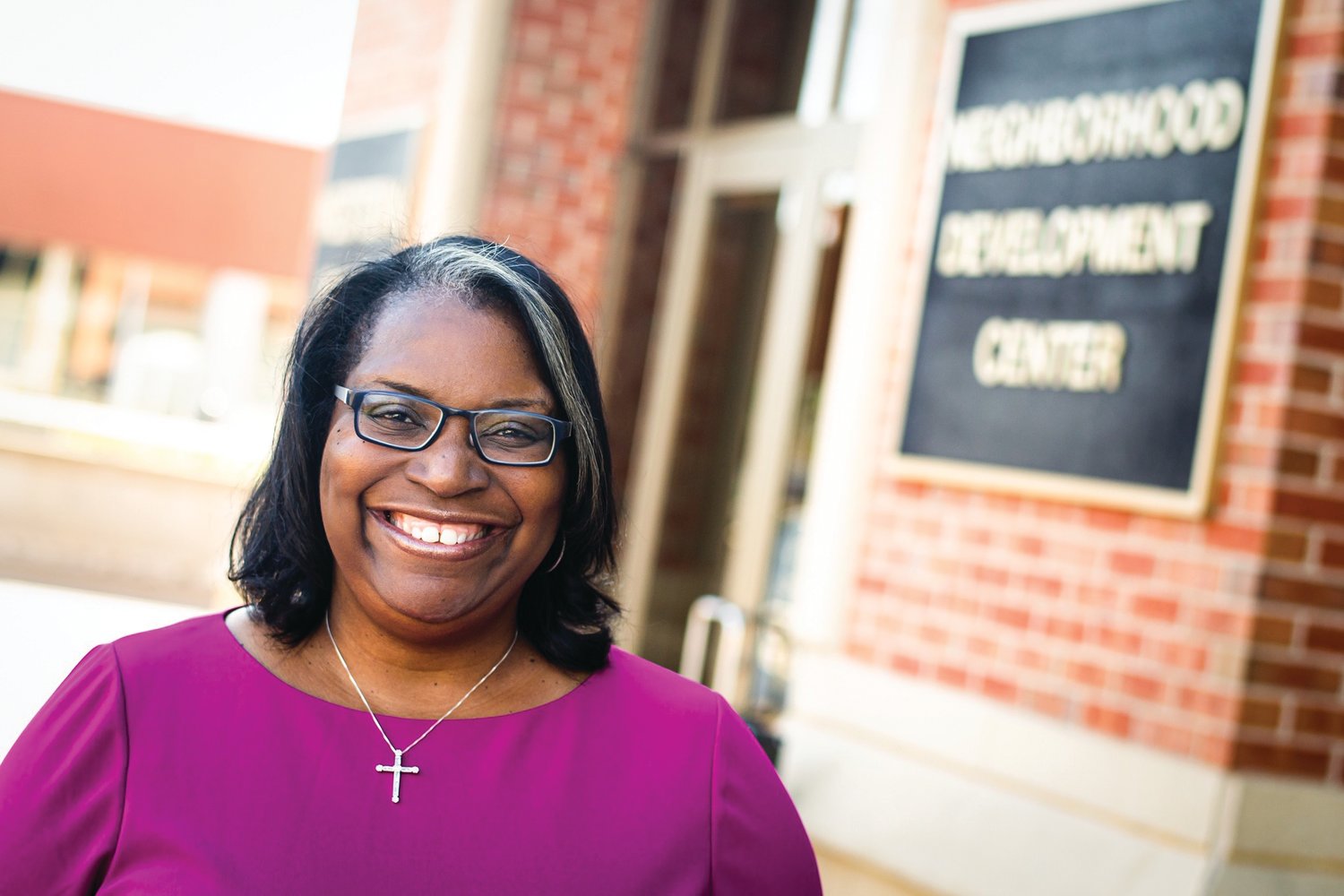 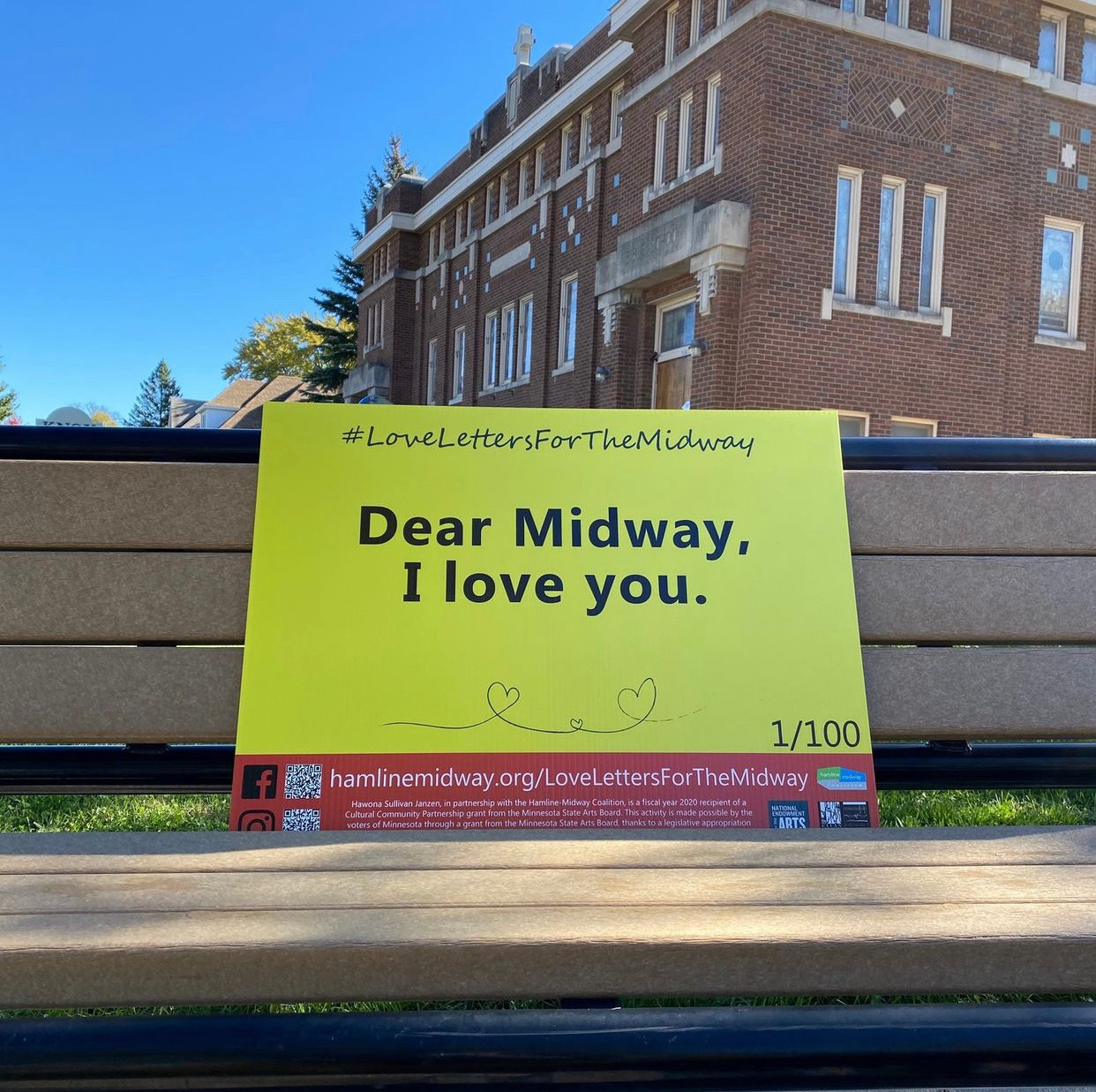 To learn more about Love Letters For The Midway, visit the Hamline Midway Coalition at hamlinemidway.org. A mural next to the Cash Money Ryders Motorcycle Club Bole reopened at 1341 Pascal Street after its location at Syndicate and University burned down.
Previous Next
Posted Saturday, April 16, 2022 7:32 pm
DIRECTORY 2022

This article is from the 2022 Midway Chamber Directory. Find the full directory on our website and at local businesses. The book you’ll want to keep handy. • Important phone numbers • Email addresses • Business listings

Going into 2021, the Midway community was similar to neighborhoods throughout the world: hoping for an end to the COVID-19 pandemic. To add to that challenge, many businesses were still recovering from damage caused during civil unrest in May 2020.

The pandemic has stayed with us longer than we hoped and also expected, though vaccines have helped many feel more confident in returning to a more normal life of returning to an office and socializing in public. Variants have set us back at times, though as we get into spring 2022 people appear more optimistic.
The civil unrest impacted businesses differently. Many did not sustain any damage, while others were in need of a new building and space- if they could find something. Others took it as a time to reevaluate their location and determine if a move would make sense amidst the building renovations.

Financial Institutions
Minnesota Bank and Trust opened a new location, in the Court International building near University Avenue and Highway 280. This is their third location and first in Saint Paul and will house up to ten employees specializing in commercial banking.
Bremer Bank re-opened at its old location along Snelling Avenue, between University Avenue and Interstate 94. Previously, the site was a stand-alone building but is now part of a new development with additional commercial space and housing. The development, called The Pitch, was developed by Wellington Management. Another mixed-use building, the Pivot, is housed next door.

Re-Opening after Civil Unrest
In the spring of 2021, many businesses who lost their building to civil unrest re-opened in new space. Two restaurants, Peking Garden and Thien’s Cajun, had previously been in the Midway Shopping Center and are now farther east along University Avenue (Peking Garden is at 394 University; Thien’s- now King Cajun- is at 712 University).
Lloyd’s Pharmacy, a long-standing pharmacy in Saint Paul, had temporarily relocated in smaller space a few doors down from its original space at the corner of Snelling Avenue and Minnehaha Avenue. It is now back in the original space, with a new building.
Bole Ethiopian Cuisine watched its original home on University Avenue burn down, with owners wondering what to do next. They were able to find a new space complete with a patio close to the State Fairgrounds, at 1341 Pascal Street.

Nonprofits Continuing Good Work
TechDump, a longtime Midway resident who recycles old electronics, opened up a retail store at its building on Vandalia with a special “wire-cutting” event in September. WomenVenture, a nonprofit supporting female entrepreneurs, moved from Minneapolis to Selby Avenue around the same time.
This upcoming year also will see new business incubator space by the nonprofit Neighborhood Development Center (NDC) at the intersection of Dale and University, another business incubator at 678 Snelling Ave. N. by African Economic Development Solutions, the International Institute of Minnesota expansion, a new community food site by Keystone Community Services and community space by the St. Paul City School as they move to 215 University Avenue.

Black-Owned Businesses in the Spotlight
Black-owned businesses in both Saint Paul and Minneapolis were featured on the TV show Small Business Revolution, including Midway tenants Elsa’s House of Sleep and Lip Esteem. The show provides tips and support in helping make improvements to the businesses featured, which Elsa’s is using in its recent innovation at 1441 University Avenue. Lip Esteem, a newer startup, has been housed in the Griggs Midway building but will be opening up a storefront on Selby Avenue. The city’s only black-owned book store, Black Garnet Books, will also open up this year at the Hamline and University intersection.
New openings continue and more new buildings are proposed. Intersections along University including Marion, Dale, Chatsworth, Snelling, Fairview, between Hampden and Pillsbury, and Raymond have all either seen new construction completed or planned. These projects will bring a mix of housing, commercial, education, and office space. The projects will all add to the neighborhood whether by providing goods and services, housing, or support for the community. They are more examples, like the openings, re-openings, and expansions over the past year, of the exciting new possibilities in the Midway. v