Women of mystery, power and honesty focus of ‘The Witch of Eye’ 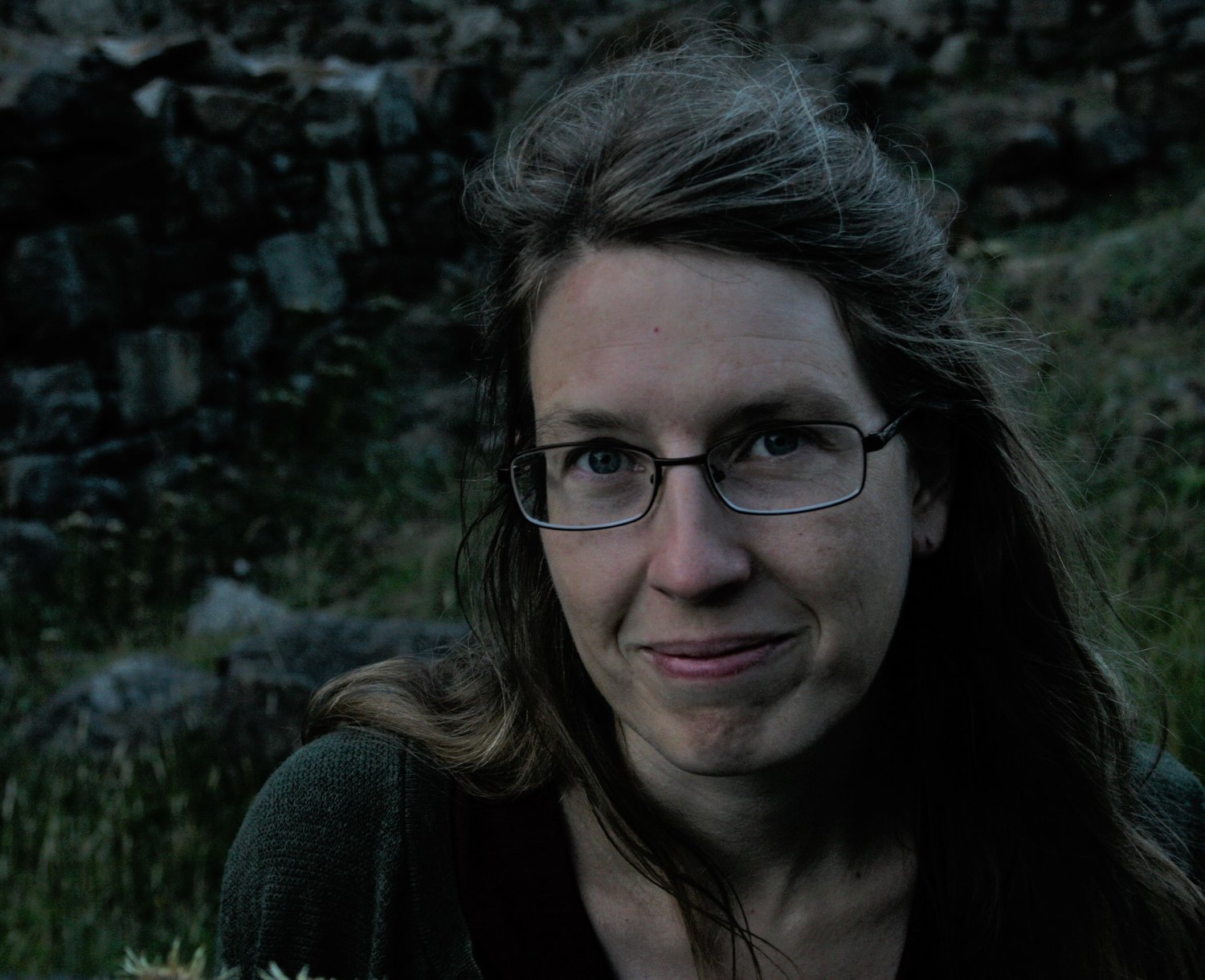 Frogtown author Kathryn Nuernberger, who teaches creative writing at the University of Minnesota, has written a book that examines how the use of medicines and potions meant to heal were instead attributed to the power of evil, and the healers then accused of being “witches.” The book is titled, “The Witch of Eye.” (Photo submitted)
Posted Friday, July 23, 2021 6:48 pm
By JAN WILLMS

Hags, crones, cunning women and witches – terms that have been used throughout the ages to describe women of power, of honesty and mystery.
Frogtown author Kathryn Nuernberger, who teaches creative writing at the University of Minnesota, has recently written “The Witch of Eye,” a book of essays focusing on the witch trials, inquisitions and torture of some of these women during the mid-1500s.
Meticulously researched, the book examines how the use of medicines and potions meant to heal were instead attributed to the power of evil, and the healers and midwives then accused of harming the members of the local communities.
“I have primarily been a poet for much of my life,” said Nuernberger, who has written the poetry collections “Rue, The End of Pink” and “Rag & Bone” as well as an essay collection, “Brief Interviews with the Romantic Past.”
In researching information about abortive plants for the poems that were the backbone of her book, “Rue,” published in 2020, Nuernberger said she was having difficulty finding specifics about how plants were used in early birth control. “I was finding lots of euphemistic references, and I wanted the poems to be vivid and have precise imagery, and I also like historical accuracy,” she said.
“I remembered reading that witches were often midwives, and I had this thought that I could go to the trial records and transcripts, and in the confessions I might learn how some of the plants were used.” Nuernberger said she did not find any information in the trial records about how plants were used, but she did find through reading the transcripts this whole other world.
“It was fascinating to me in terms of power dynamics, defiance and resistance. I am interested in plants but I am definitely also interested in people who are defiant and people who push against oppressive power and oppressive regimes. So I just kept reading, and I wanted to write in that direction, as well,” she said.
For a long time, Nuernberger said she did not really know if she was writing a book, so she is not sure how long she spent on research. “As I was reading about the trials, I thought they would be good poems. I wanted them to be like fairy tales with an historical touch to them. But they just kept getting longer and more complicated, and I was writing about real people who had suffered in really terrible and unjust ways. I wanted to be as faithful as I could to them. These torture-induced trial records have been totally shaped by propaganda, so I had to bring in lots of other contexts to try to bring as much as I could figure out about their lives on the page as possible.”
So the fairy tale poetry became essays of what people experienced. Nuernberger’s descriptive writing never loses its sense of poetry, however.
“The most interesting part of working on a book, to me, is the research,” Nuernberger said. “That is also the most challenging part of the writing.” She said she is interested in so much of the research, and when she first starts to write a book she is boring. “My first drafts tend to read like encyclopedia entries. I have these trusted readers I show the drafts to, and they tell me they are boring and I wonder how they can possibly say that.”
Nuernberger said that as she does her research, she infuses it with experiences from her own life, finding parallels between what she is reading, her own life and what she sees in the day’s headlines. She puts a lot of emotional energy into her research, but may not notice that other people are not bringing the same set of experiences to the research material. “It becomes this process of trying to figure out what I need to give the readers of my human experience in order for them to see in my words what I think is a really intense or inspiring or provocative piece of an historical tidbit or factoid,” she observed.
Considering herself a White woman with a certain amount of economic security in a way that the women she writes about were not, Nuernberger said her usual mode of writing a little bit of herself and a little bit of research felt problematic. She said she wanted to feel really alive and human to her readers, but also make the people she was researching come alive on the page.

Racism emerges
As she worked on “The Witch of Eye,” Nuernberger said she wondered what made it possible for the inquisitors in the witch trials to behave the way they did. Although she said she believes people are basically good, the actions of the inquisitors reflected the evil in the world.
“I was thinking a lot about what makes their kind of logic possible,” she said, “and there are a number of answers. One is a lust for power, and people will believe whatever grants them a level of comfort and power.”
Nuernberger said in her researching she found that in the medieval period, racism emerges, and this can be seen in the narrative of the trials. She cites narratives of anti-Black, anti-Asian and anti-Semitism in the records.
As she provides an in-depth look at the lives of the various accused witches, mostly women but an occasional man or child, Nuernberger intertwines some of her own experiences and some of the current events of the day. And she looks at the diminishing number of witch trials.
“Individuals start to realize that wealthy people, and not just marginalized people, can be witches,” Nuernberger said. “And once they realize that they turn on each other.
“It was no longer just the people they were accustomed to scapegoating who were witches, but rather anybody could be a witch, and that opens a huge can of worms. Maybe there are no such thing as witches and maybe witch trials should not be held. And that seems to bring the trials to a close.”
“The Witch of Eye” can be purchased at your favorite bookstore or on Amazon and eBay.