we live in perilous times 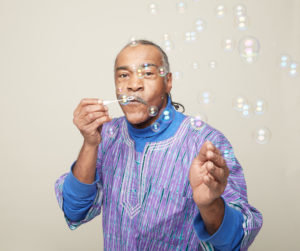 The greatest battle in life is the struggle within you. ~ Nathaniel (Nick) Abdul Kaliq

Tell the truth and shame the devil.
~ An African American proverb

Hello Monitor readers,
August was a beautiful and refreshing month. It also seemed like a blur or flurry of activities and wonderful outdoor events, like the Great MN Gathering at the State Fair. My highlight of the 2022 fair was the launching of the Children’s Outdoor Bill of Rights (COBR). The COBR vision is a state where all Minnesota children and families are inspired to engage with the natural world in ways that support physical activity, mental well-being, creativity, and appreciation for nature. Please take time this month to learn more about the COBR and how you can actively pledge to support the principles of the Children’s Outdoor Bill of Rights, https://mn.gov/children-outdoors/.
The MN Renaissance Festival is celebrating its 51st season. This traditional family-friendly festival is another great way to enjoy the outdoors with wonderful people. I am also looking forward to this year’s special Selby Ave, Jazz Festival! This is a favorite family festival of the Rondo Community hosted by Golden Thyme Coffee Café. This is a don’t miss event! For more information, http://selbyavejazzfest.com/. Many other summer and fall events are occurring this month, particularly outdoors events and fun adventures. Please let me know if would like to assist with harvesting rural or urban farms and/or community gardens. Many hands make light the work!

A FULL MOON THIS MONTH
I end on a light and hopeful note: Happy Harvest Full Moon Month! “The stars have aligned with the September Full Moon 2022, bringing us a lovely lunation in the dreamy, creative, and spiritual sign of Pisces… this Full Moon is offering all of us the opportunity for emotional release, especially around areas where we’ve felt pressure to perform or meet overly perfectionist standards”, wrote Maria Sofia Marmanides of womenand home.com. And, if you need a little inspiration to let go and release unwanted energy, Dr. Valentine from Hamline-U offers this garden song/video link, https://www.youtube.com/watch?v=BP-qh4cTrlc.
Keep the good thoughts and stay optimistic. Things are getting better in an updated and equity/fair manner, which is different from the bias manifest destiny of White privilege at any cost including lying to be right and letting corporations be in control of everyday people, like us, the Monitor’s neighbors and readers! Thank you.
May Peace Be In the Rondo, Frogtown, Hamline/Midway, Como, and Surrounding Communities...
May Peace Be In Our Homes & Communities…
May Peace Prevail On Earth (MPPOE)!
BE SMART! DO YOUR PART! Get Your vaccination shots and booster shots if you feel comfortable doing so!!!