A special election on Aug. 14 will fill Ward 4 seat vacated by Russ Stark; will serve till next Ward 4 election in 2019

Three candidates are vying for the Ward 4 city council seat vacated by Russ Stark when he took a job in Mayor Melvin Carter’s administration as the Chief Resilience Officer after a decade in office.

Since Stark’s resignation in February, the seat has been filled by Stark’s aide Samantha Henningson, who was appointed by the council with the understanding that she wouldn’t seek election herself.

The special election is set for Aug. 14, the same day as this year’s primary election. Polls are open from 7am to 8pm.

The special election will be decided by ranked-choice ballot, meaning voters will be allowed to rank candidates in order of preference. Absentee voting by mail or in person is currently ongoing; and early voting in person begins Tues., Aug. 7.

The candidate who wins will fill the time remaining on Stark’s seat, which is up for election in 2019.

Ward 4 includes Hamline-Midway, Merriam Park, St. Anthony Park, and parts of Mac-Groveland and Como. The city council position is officially classified as part-time and pays $60 per hour or $63,000 per year. 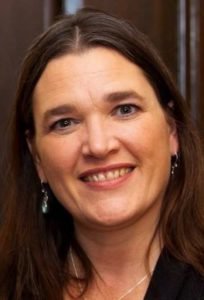 Shirley Erstad is the Executive Director of the local non-profit, Friends of the Parks and Trails of St. Paul and Ramsey County, where she’s worked for four years. She has served as a Saint Paul STRONG steering committee member.

Erstad was elected to the Union Park District Council Board of Directors three times and has served on the Executive Committee and the Environment and Parks Committee.

She founded Women Who Get Stuff Done, a group of women who talk to each other about what they are working on and how they can support one another.

Erstad grew up on a cattle farm and was the first in her family to attend college. She studied political science and economics at South Dakota State University where she was involved in student government. Erstad worked two jobs to pay for tuition while attending the university, and landed a job with a United States Senator immediately after graduation. She credits this early work in politics with igniting her passion for public service, collaboration and strengthening communities. She and her husband have lived in St. Paul for 20 years.

When she learned that the city’s Planning Commission had nine vacancies and no representation from Ward 4 during decision-making related to the soccer stadium, she took action. Together with other community activists, she organized and worked for 18 months alongside then-Mayor Chris Coleman and two City Council Members to fill out St. Paul’s 30 commissions and committees with ethnically diverse and geographically representative appointments. When he left office, Mayor Coleman highlighted these appointments as one of his proudest accomplishments. 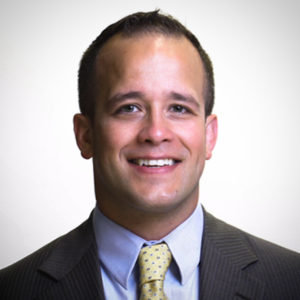 A first-generation immigrant, David Martinez is working towards transparency and inclusive decision-making in the city.

Martinez has been a homeowner in the Hamline-Midway neighborhood since 2005 and grew up in a low-income household on the West Side of St. Paul. He earned his B.A. in global studies from the University of Minnesota, and his masters from Bethel University.

He has put his bilingual skills (English and Spanish) to work by serving as a translator for the school district. Martinez has also been recognized for “Excellence in Public Service” by the Minnesota Department of Transportation, where he currently works as a project consultant, for developing a Worker’s Rights Brochure in English and Spanish that is used on construction projects state-wide to inform workers of their employment rights.

Martinez has served on a variety of commissions including the Ramsey County Workforce Investment Board (2014-2015), and St. Paul Public Schools’ Citizen’s Budget & Finance Advisory Council (2011-2012). He is the chair of the Parent Engagement Group at Great River Montessori School, where his two children attend. Martinez has volunteered at Goodwill Easter Seals and as a youth wrestling coach.

Past employment has included working as a part-time Financial Empowerment Specialist at the local organization CLUES; 14 years in the local financial services sector where he approved first-time homebuyer loans; and part-time as a MetroTransit Bus Driver in 2017.

“I have a proven track record of effectively leading and coordinating large-scale systems projects and initiatives in the public, private and non-profit sectors,” stated Martinez. 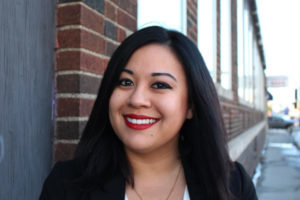 The daughter of immigrants, Mitra Jalali Nelson is a lifelong Minnesota resident who has “devoted my life to fighting for all families to have the same opportunities as mine.” She currently works in Rep. Keith Ellison’s district office as his public safety and immigration outreach director.

Nelson’s career began in Louisiana in 2008 as a high school social studies teacher at an alternative high school on the West Bank of New Orleans as part of Teach For America, just three years after Hurricane Katrina. The experience fostered an unshakable belief in the potential of all children, and in the importance of giving every child access to outstanding public education.

Back in Minnesota, she became an organizer with the St. Paul Federation of Teachers in the 2012 election cycle and worked with Ward 4 neighbors and teachers citywide to pass the St. Paul Public Schools funding levy.

“The lesson I learned from that experience is that good ideas don’t just happen on their own; you have to organize them into reality. I’m bringing this spirited ethic with me to City Hall, through a resident-driven campaign that bridges the gap between residents and government,” said Nelson.

She explained, “I’m now running for City Council because our city needs capable leaders who reflect our growth, our diversity, and our shared commitment to equity.”

Nelson seeks to address a few central challenges of Ward 4 that, if solved, she believes will help sustain the future of the city: “affordable housing, building community wealth, and true public safety through police accountability.”

She added, “In a city that is nearly 50% people of color and over 50% renters, and in a ward with one of the fastest-growing renter populations in St. Paul, I would bring a perspective that is missing on the council as both a woman of color and a renter myself.”

Nelson has two dozen housing goals outlined in a detailed “renter’s blueprint” available on her website. She believes that affordable, quality housing is a universal human right.

Nelson has been endorsed by the Minnesota DFL and Mayor Melvin Carter, among others.

Get to know the school board race candidates