Property taxes going up in 2022 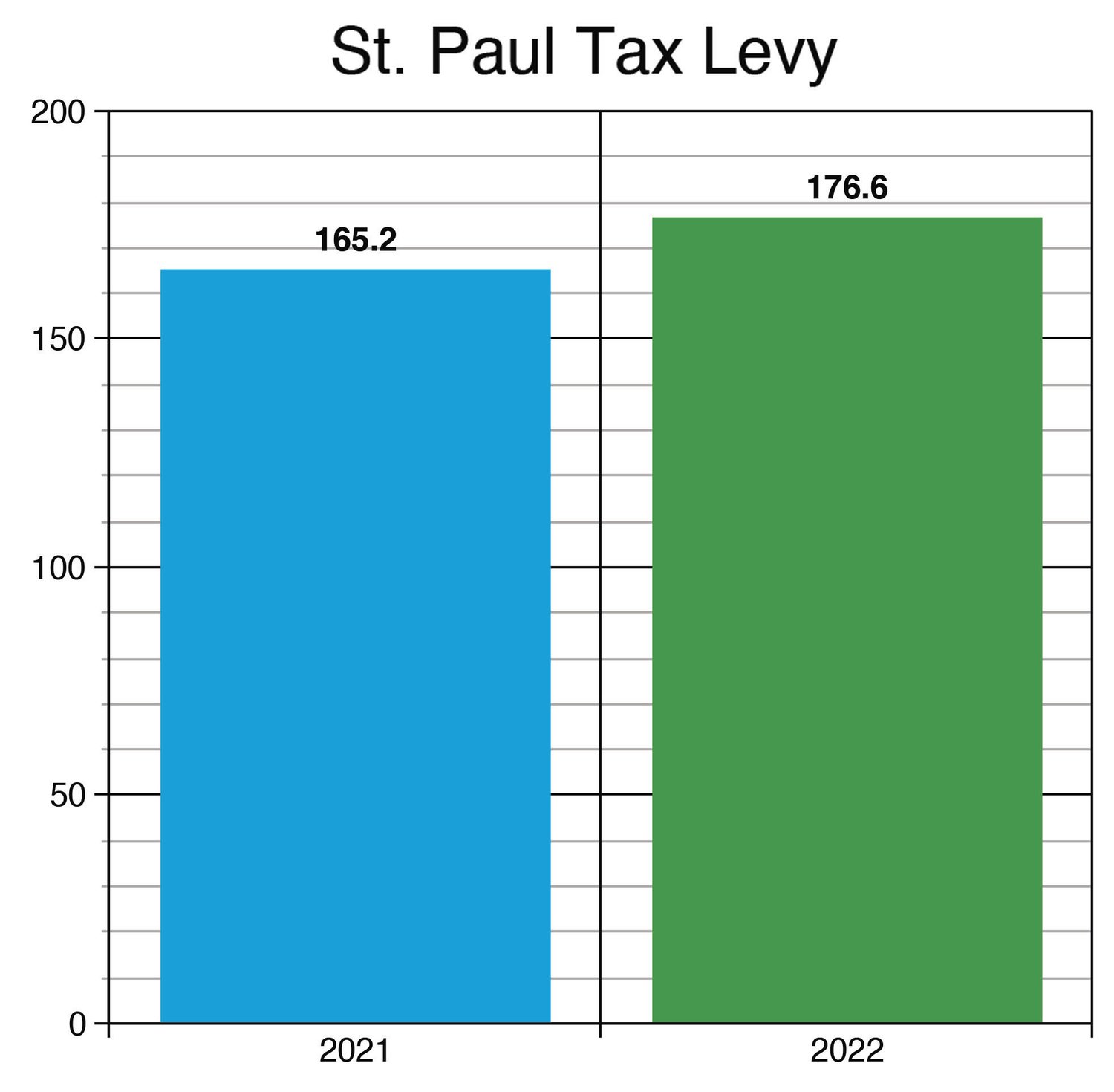 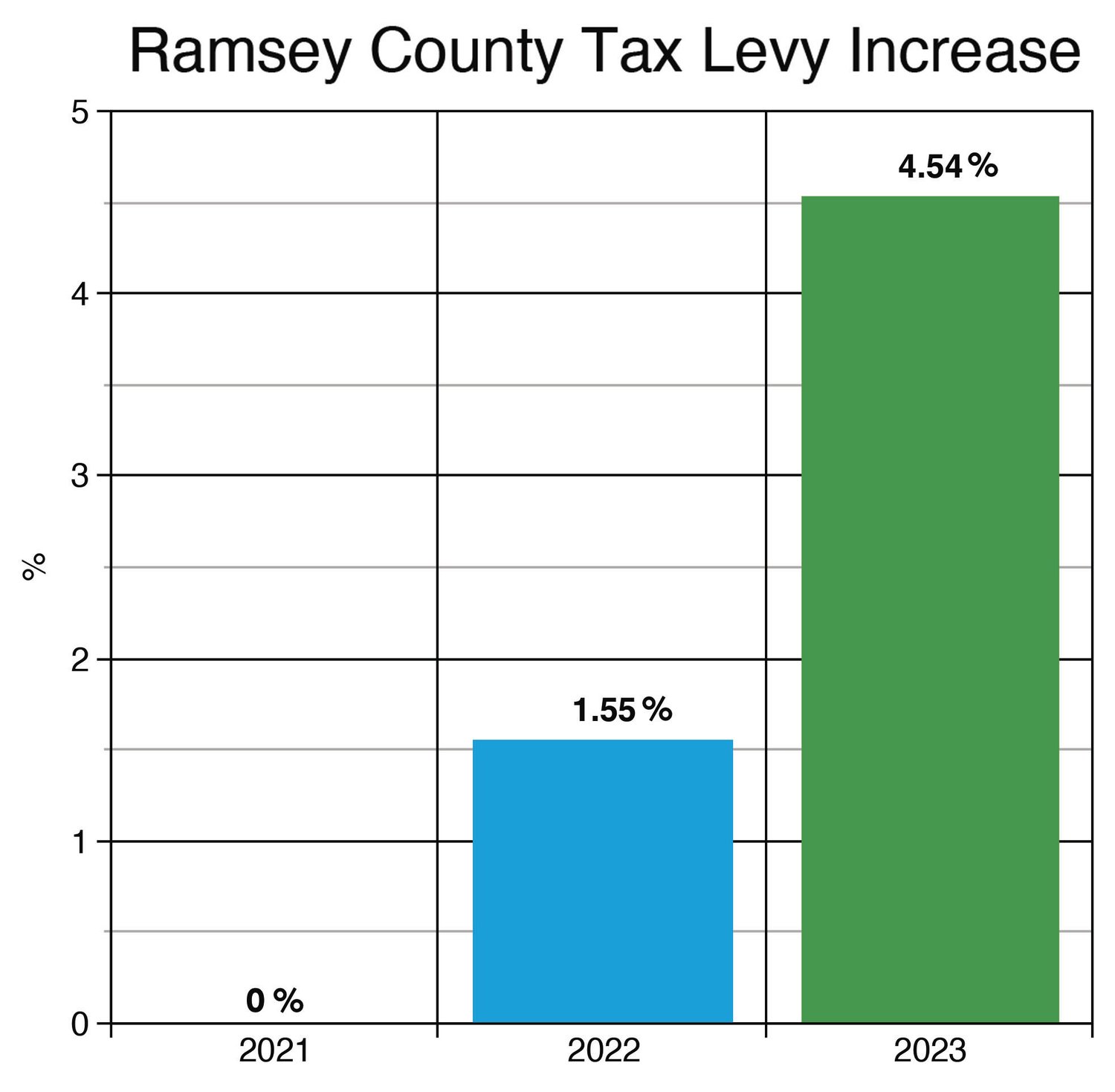 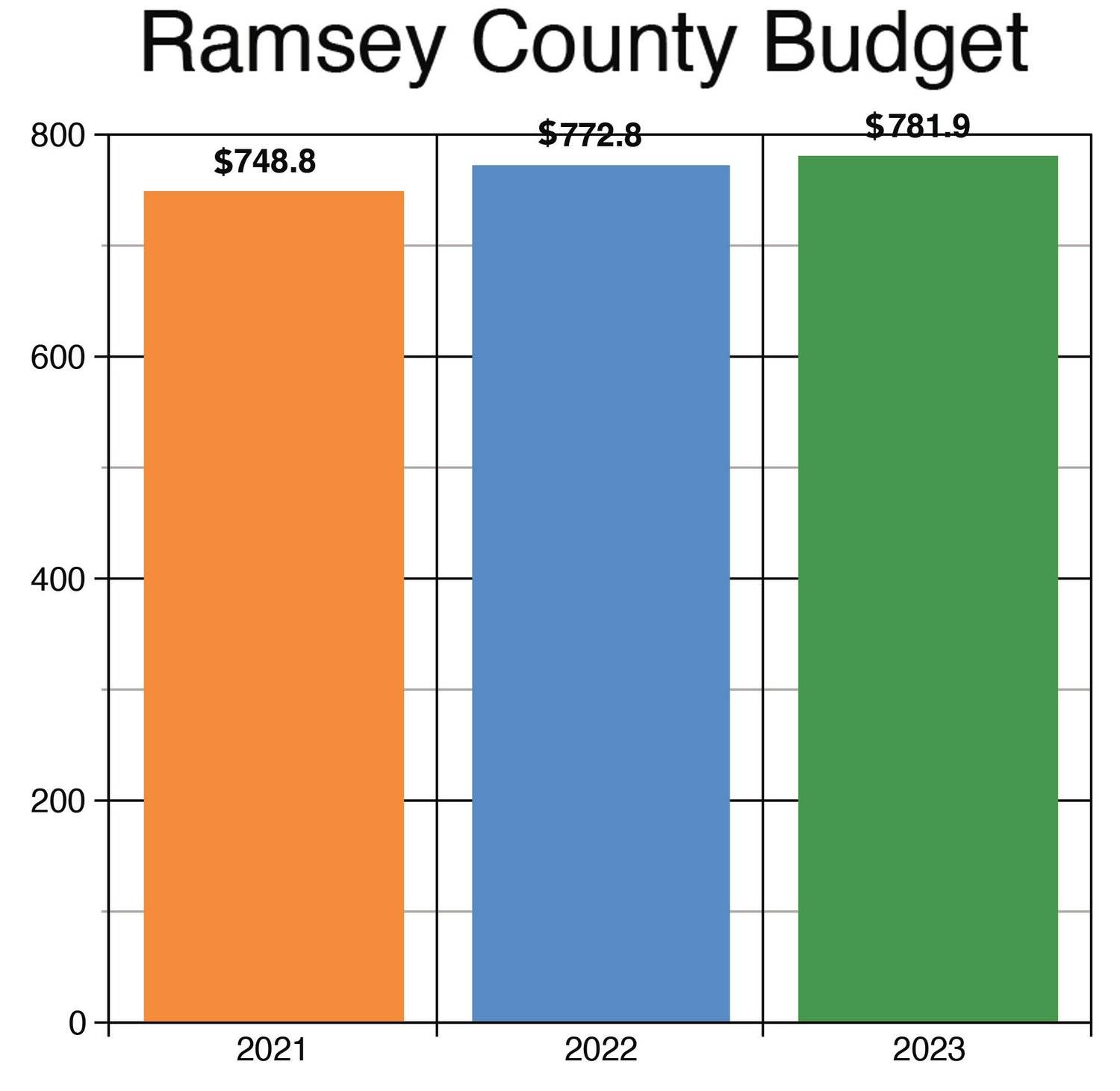 Pieces of the 2022 property tax levy and local government budgets are falling into place. St. Paul and Ramsey County have announced maximum levies and 2022 budgets; the St. Paul School Board is poised to unveil its levy in September.
Both city and county budgets focus on restoring services cut during the COVID-19 pandemic, and use of federal American Rescue Plan Act (ARPA) funding. Few new programs are in the works, although the city is creating an Office of Neighborhood Safety. The Hamline-Midway Branch Library is funded for either renovation and expansion or replacement.
The city levy increase is 6.9 percent; the county is at 1.5 percent.

City levy increases 7%
The proposed city budget is $713 million, up from the approved 2021 budget of $633 million and the 2020 budget of $647 million. The proposed levy for 2022 is $176.6 million, up nearly 7% or $11.4 million from the 2021 levy of $165.2 million.
General government spending would increase from $313.4 million in 2021 to 325.5 million in 2022, a 3.9 percent or $12.1 million increase.
For 2021, the city held its levy flat. Carter described that as part of a “defensive budget” in the light of unknowns about the pandemic. City departments cut spending, delayed equipment purchases, dropped travel and left jobs open.
The mayor acknowledged that the levy increase will create hardship for St. Paul homeowners who are struggling financially. “One persistent challenge we’ve always struggled with is how to protect those most vulnerable in our community from the impacts of rising property taxes as our community grows … How do we continue to make critical investments in our city while protecting those most vulnerable to even small shifts?”
The city is receiving $166 million in ARPA dollars. City council members have called for a more collaborative process in allocating the funds, and have pushed for work such as addressing the city’s backlog of street maintenance. But Carter is opting to divide the funds six different ways, leaving out a focus on more brick-and-mortar projects and instead eyeing neighborhood safety initiatives, jobs and career readiness programs, public health and other measures.
Another highlight is a permanent funding source for the city’s Law Enforcement Career Pathways Academy, to bring in more diverse police officers.
The mayor said that while the city must pursue alternatives to traditional policing such as mental health responders and community ambassadors, there is also a need to fill vacant positions as police officers retire. Some federal funds will be used to that end, with Carter noting that there are circumstances “where there is simply no substitute for a police officer.”

County levy rising 1.55%
Ramsey County’s property tax levy is poised for a 1.55 percent increase in 2022 and a 4.54 percent increase for 2023, as part of a biennial budget unveiled Aug. 24. The levies would support a budget of $772.8 million for 2022 and $781.9 million for 2023.
The budget numbers represents a 3.2 percent increase of $24 million in 2022 and a 1.2 percent increase of $9 million in 2023. Both 2022 and 2023 budgets draw about $20.15 million in federal American Rescue Plan dollars, given to local units of government during the COVID-19 pandemic.
“Much has changed in the past two years,” said county manager Ryan O’Connor.
For 2021 the county dropped a planned increase and held the levy flat. That meant making about $20 million in budget adjustments to ease the burden on property taxpayers.
O’Connor emphasized that the ongoing pandemic means county officials must continue to work to meet an array of needs with limited resources. “This proposed budget sustains and scales the transformative change initiatives launched in 2020-2021 to drive Ramsey County ahead as a people-centered organization that is equipped for continual adaptation and excellence in service of our community,” he said.
The proposed 2022 county budget is $772,845,689. For 2023 it is $781,916,984.
The federal funds would be used to cover a range of uses and would help the county maintains services without further property tax increases, O’Connor said. Examples of what could be covered include financial assistance, housing cost assistance, continued criminal justice system reforms, information technology infrastructure improvements, and changes to work and physical spaces.
Of the general government budget, about 42.8 percent or $330,955,749 would come from property taxes in 2022. Intergovernmental relations revenues including federal funds cover 29.1 percent or $225,234,471. Charges for services make up 19.9 percent of revenues, or $153,763,862. The rest of revenues come from other sources.
Health and wellness spending makes up the greatest part of the budget at 47.4 percent or $366,408,061. Safety and justice is second at 18.4 percent or $141,946,394. Community investment and economic growth make up 16.7 percent of $129,426,520. Smaller budget shares go for administration, and information and public records.
The regional rail levy would be almost $29.6 million for 2022, or a 7.4 percent increase. For 2023 it would increase 3.1 percent to $30.5 million.
The county housing and redevelopment authority (HRA) would have a levy for the first time ever in 2022, at $11.1 million. The levy would be that same amount for 2023. The levy will be used to support affordable housing needs countywide.