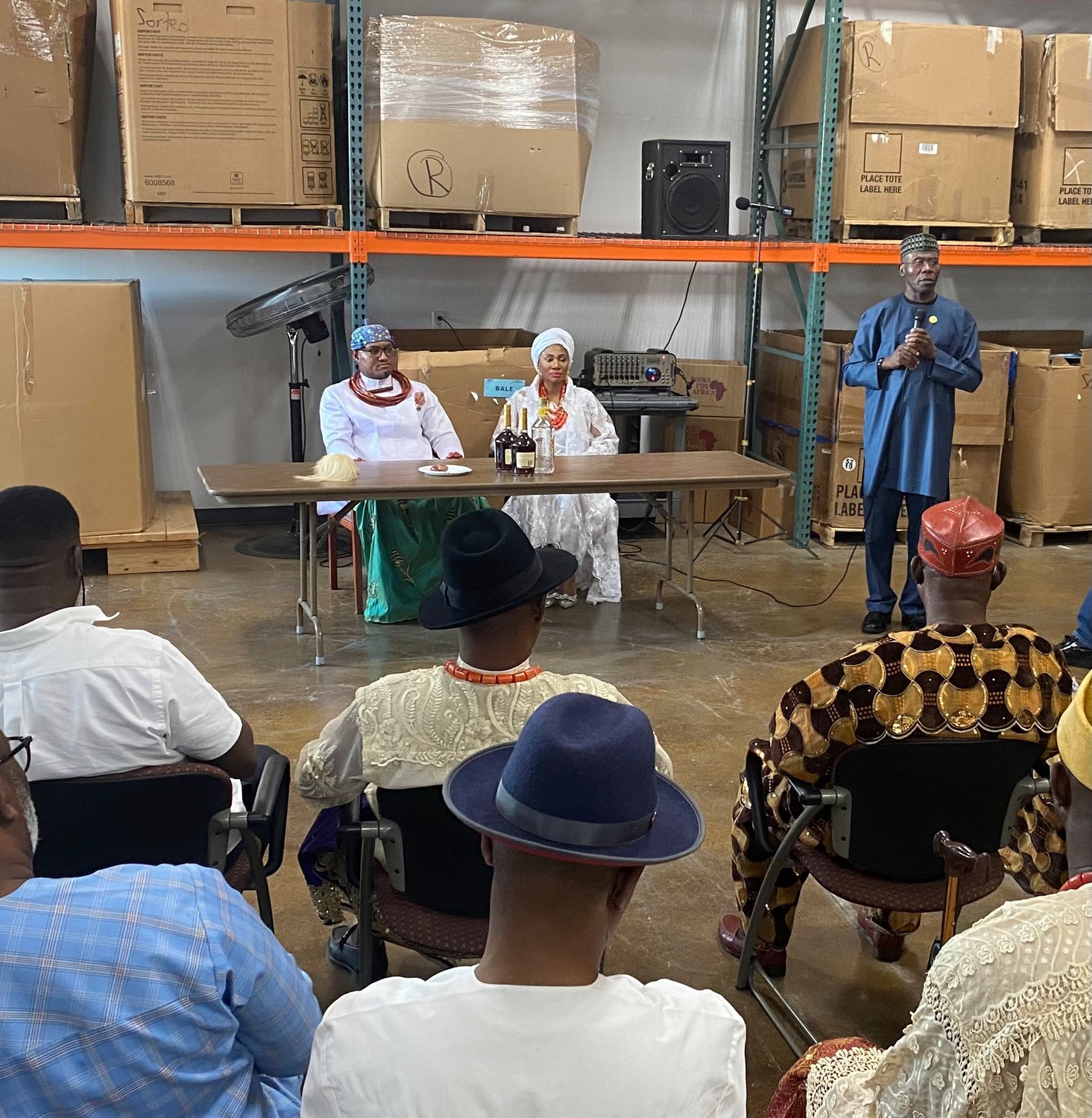 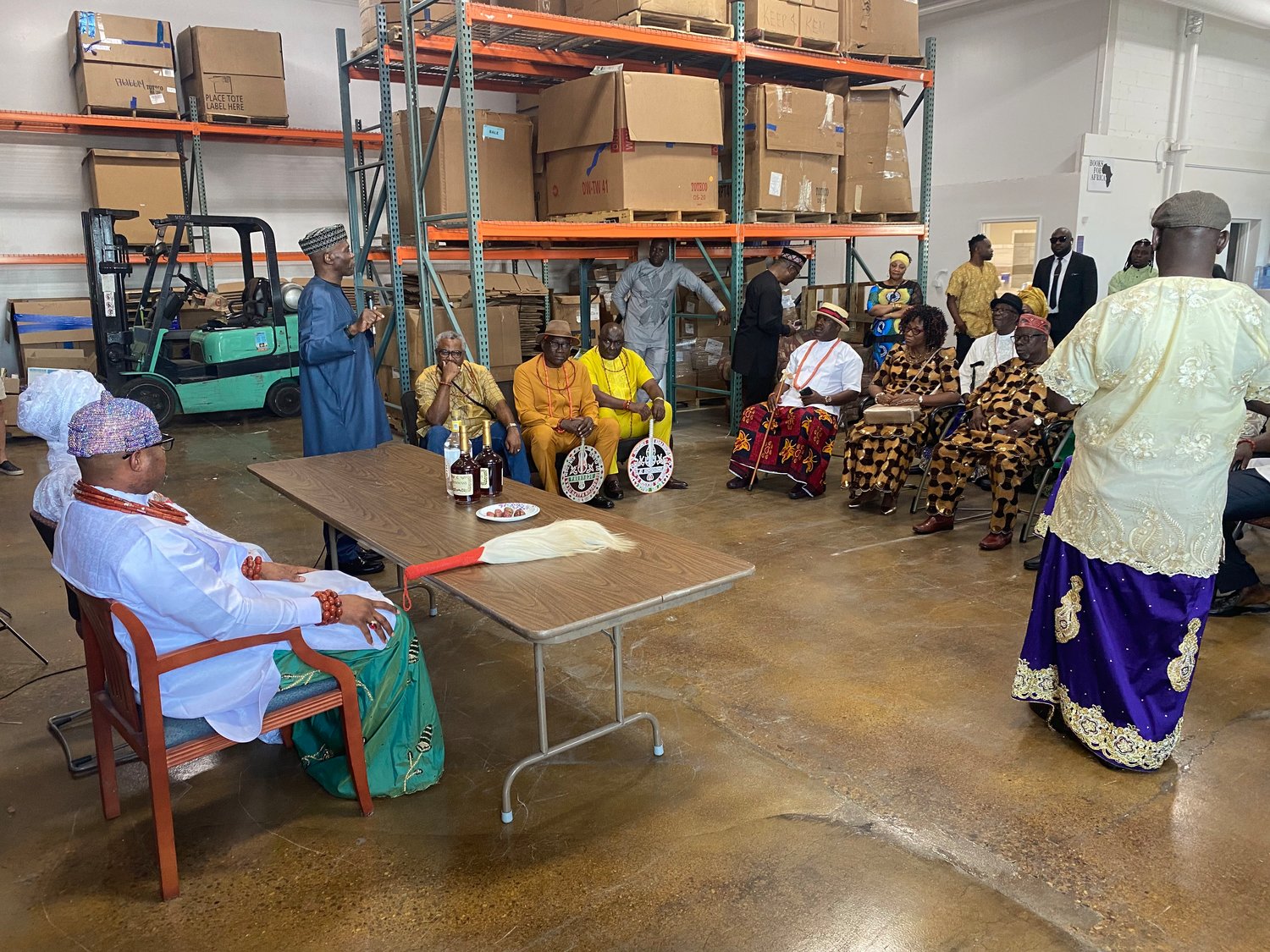 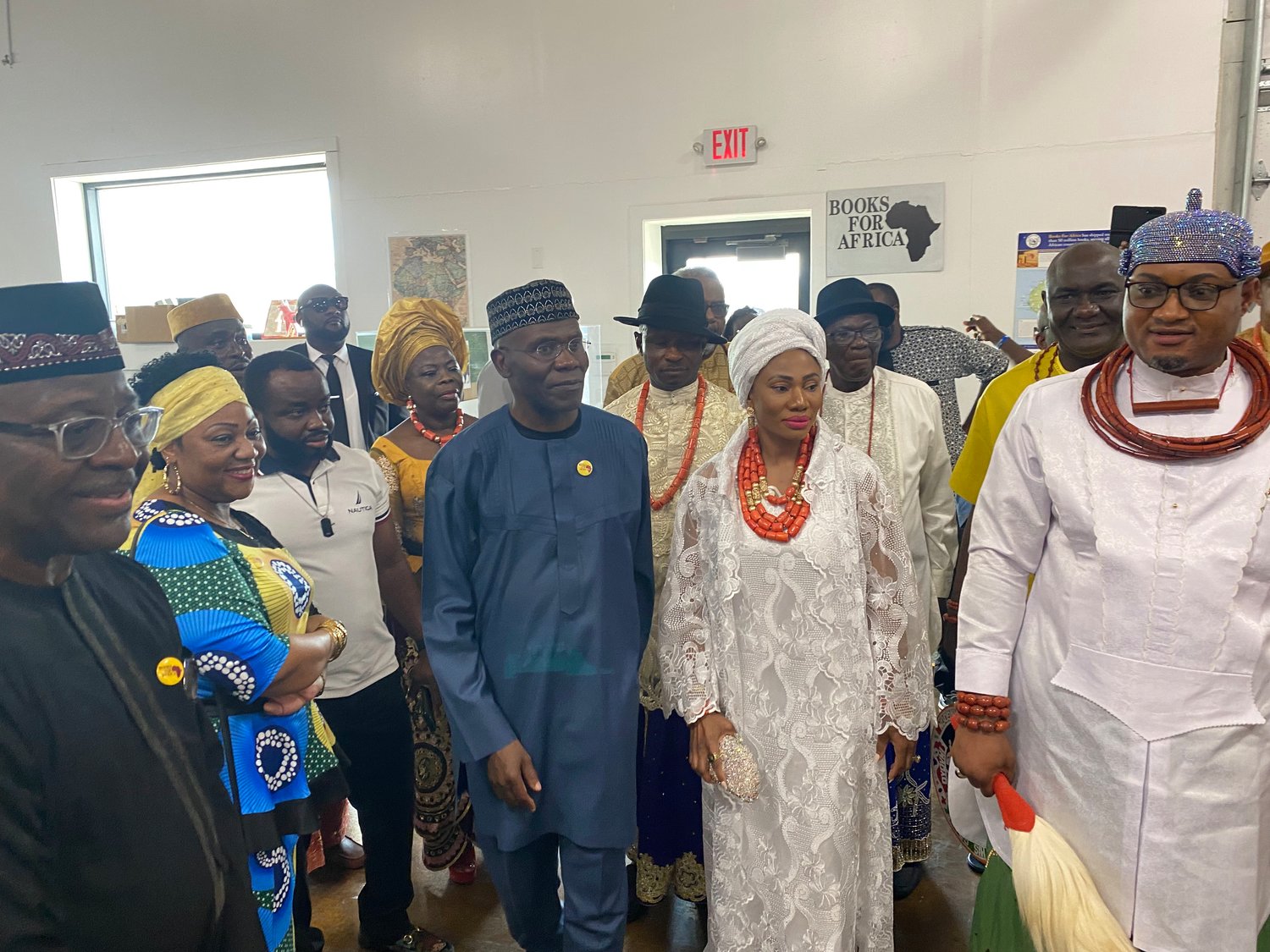 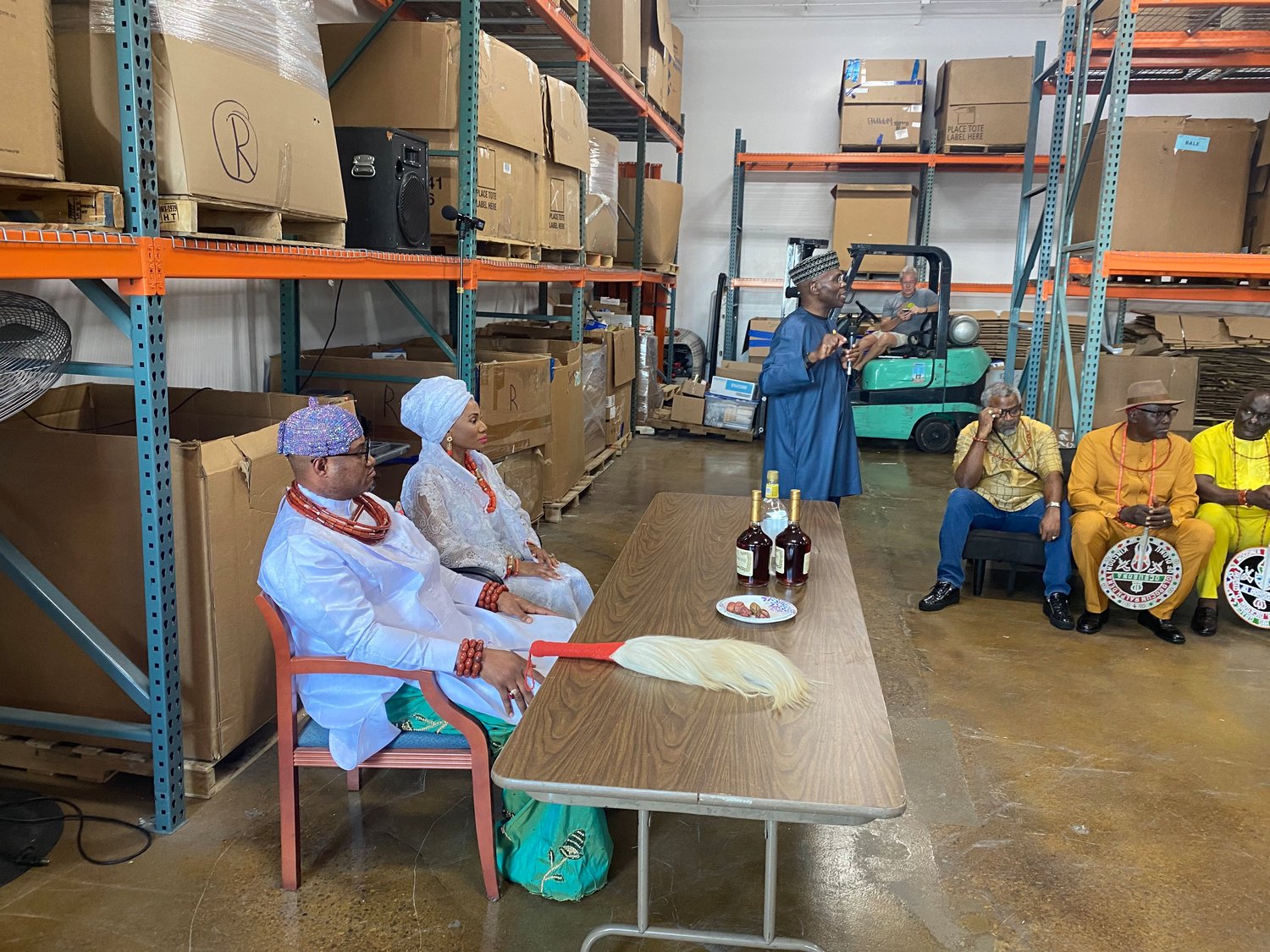 His Royal Majesty Richard Oghenevwogaga Ebelle (JP), Okorefe l, Ovie (King) of Agbarha-Otor Kingdom (Urhoboland, Delta State, Nigeria), met with Books For Africa staff on Sept. 2, 2022 at the Books for Africa Warehouse (717 Prior Avenue N.). He was accompanied by 20-30 Nigerian-Americans and officials from Nigeria who were in Bloomington for a national conference. The group is working with Books For Africa to send up to 30,000 books to the students of Nigeria. His Royal Majesty Richard Oghenevwogaga Ebelle (JP), Okorefe I, who ascended to his father’s throne in 2012, has said he deeply appreciates the mission and contribution of Books For Africa over the years. He has authorized the book drive to benefit the schools and libraries in his kingdom. The Progress Union, made up of Nigerians living in the United States, works on behalf of the Urhobo people in Nigeria. The Ovie or King has undergraduate and graduate degrees and a keen interest in education. Modern Nigerian monarchs, such as HRM Okorefe I of Agbarha-Otor Kingdom, are revered custodians of ancient cultures and traditions of their people. While they do not exercise direct political powers, they wield vast influence in their domains. Agbarha-Otor Kingdom is in Ughelli North Local Government Area (LGA), an area of more than 1.3 million people in Delta State, Nigeria.

Books For Africa remains the largest shipper of donated text and library books to the African continent, shipping over 55 million books to all 55 countries on the African continent since 1988. Last year alone, Books For Africa shipped 3.2 million books, valued at over $26.7 million, and 355 computers and e-readers containing over 1,065,000 digital books, to 27 African countries. More than $2.3 million was raised last year to ship these books to the students of Africa.