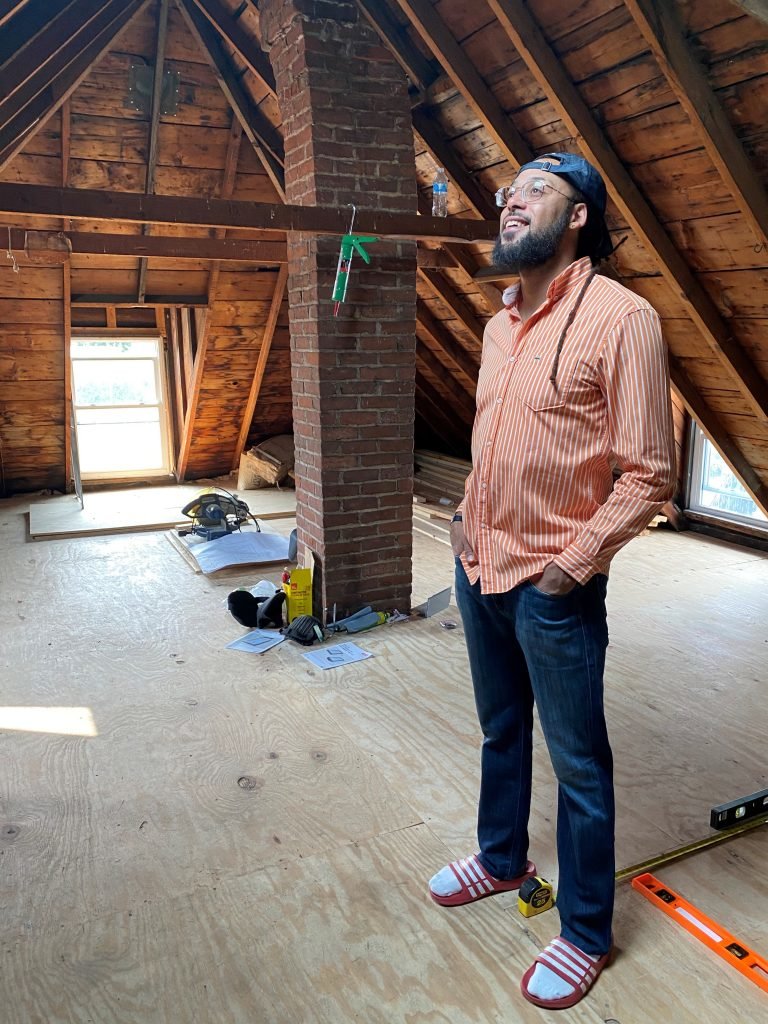 Kali Terry owns a duplex that provides him a home and also generates income. (Photos submitted) 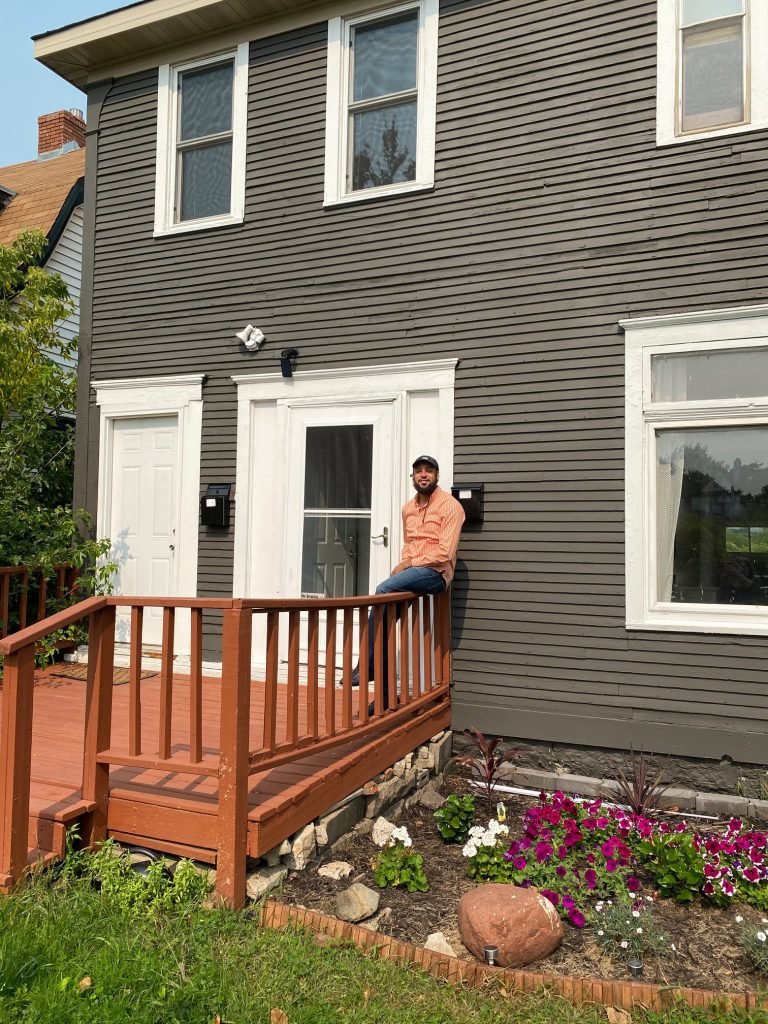 “I am the first of my family to become a homeowner, breaking a generational cycle of renting and lacking equity. NeighborWorks Home Partners has been directly involved in every step of the process and has empowered me to secure my dreams of ownership and equity that has ultimately allowed me to change my life.””
~ Kali Terry
By AMANDA WELLIVER NEIGHBORWORKS

Not having access to homeownership can mean missing out on decades of opportunity to grow family wealth through equity. When Kali Terry became the first person in his family to own a home, he flipped that script.
Terry used down payment assistance from NeighborWorks Home Partners to purchase a property where he could live and also build income. The spacious duplex where he now lives overlooks what once was Rondo Ave., the heart of a historic and thriving Black-owned business district and neighborhood that was razed to make room for the freeway.
Recently, Terry was preparing the first floor unit for a new tenant, a teacher, who would be moving in soon. He beamed at the tall ceilings and fresh paint in the light-filled living room, and showed off the built-in desk and storage unit he’d just installed, hoping that it would be a good place for his new neighbor to work. He takes pride in the details, in creating what will be a nice place to live and housing that will be affordable for the neighborhood.
Terry also recognizes that while he’s providing an affordable rental unit, he’s building economic security for himself.
“I’ve turned a potential liability – my housing expense – into an income producing asset,” he marvels. “Now I’m in a position of power to build this income. It’s a total game-changer for me.”
Terry said that access to information about buying a home, like what he learned in the Home Stretch workshop he took, made him feel more confident about the purchasing process and was key to seeing the possibilities. It was easier than he expected, though it did take a few tries before he had an accepted offer. He was a back-up offer on this particular house, and when the initial buyers fell through, he was prepared to act quickly.
At the workshop, Terry learned about some of the other services NeighborWorks provides, including home improvement financing, and not long after closing on his home he came back to apply for funds to create more finished living space in the attic. He is hoping that with a proposed zoning change, he’ll be able to eventually offer it as a third living unit. His goal is to keep the rent a little lower than other places, to offer opportunity to other people just starting out. But he plans to tell others about how owning a home is possible, and that there are resources in the community that make it easier.
“Homeownership has put me in a position of power,” he said, smiling. “It’s the ultimate home hack.”
Note: This article was reprinted courtesy of NeighborWorks Home Partners and originally appeared on their website.