In my Heart: the Adoption Story Project 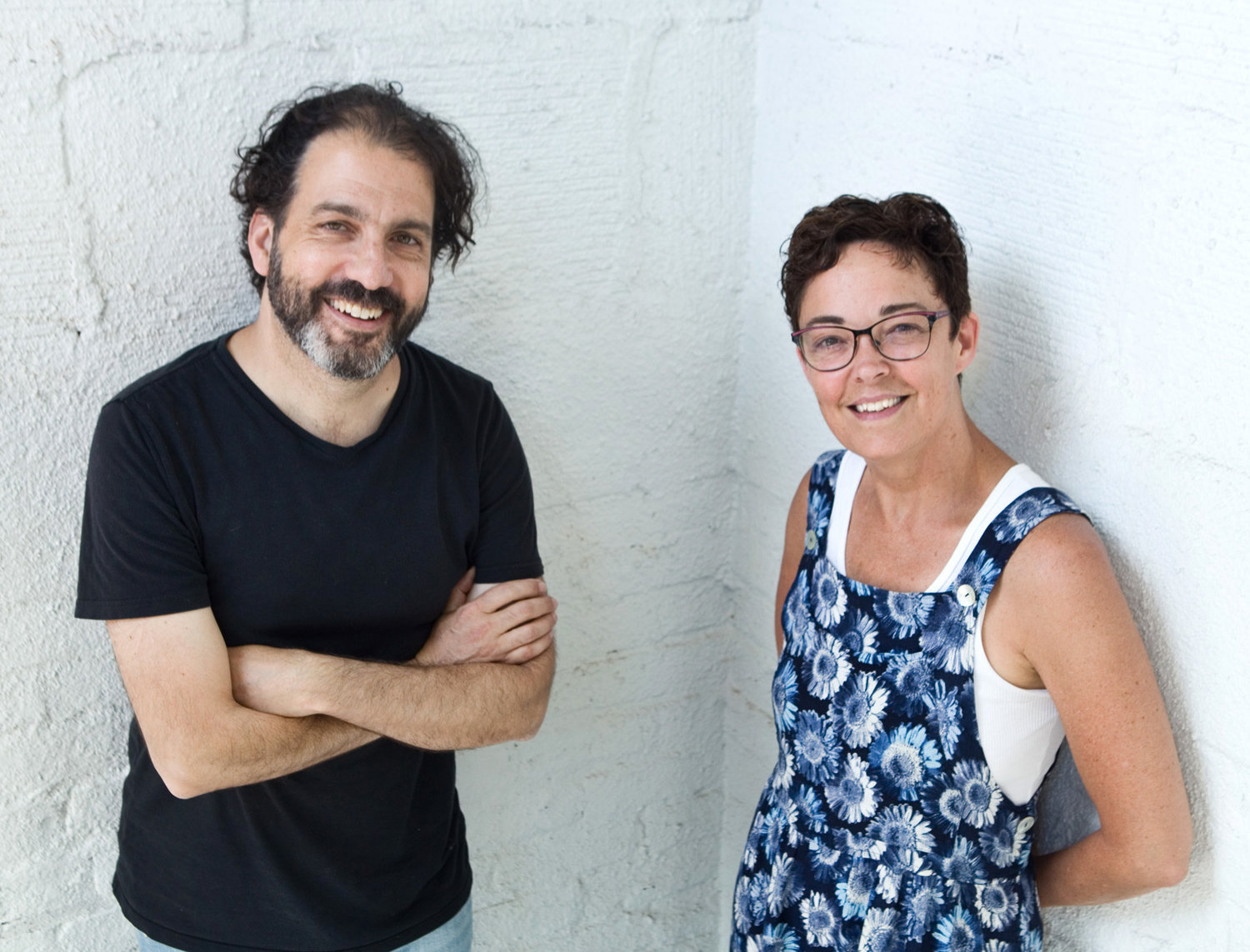 Alan Berks (left) and Leah Cooper (right) are co-artistic directors of Wonderlust Productions, located in Frogtown. Their 2016 play about the experience of adoption has been adapted into graphic novel form. (Photo by Margie O’Loughlin) 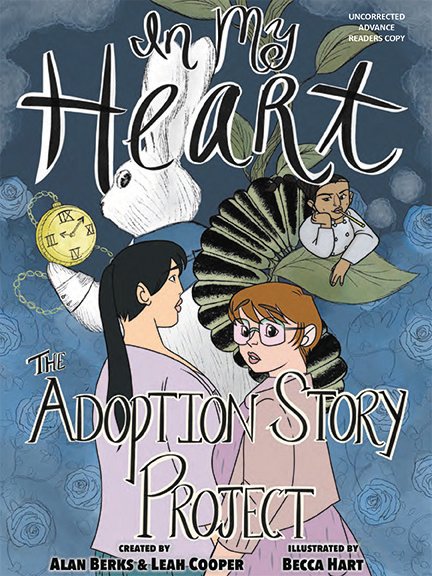 By MARGIE O’LOUGHLIN
Seven years ago, Wonderlust Productions co-artistic directors Alan Berks of Merriam Park and Leah Cooper began inviting people from the adoption community to share their personal stories about adoption. When the story circles ended several months later, more than 200 adoptees, adoptive parents, birth parents, adoption social workers, foster families, siblings and others affected by adoption had participated.
From those stories, Berks and Cooper created a play called, “In my Heart: the Adoption Project.” In 2016, it was performed at Mixed Blood Theatre by a 34-member cast and live band. The cast included professional actors along with members of the adoption community who had never acted before.
Cooper said, “We were often asked when we might remount the play, because it held so much meaning for people who saw it. A remount wasn’t possible, but we tried to think of ways to share the play more broadly. The idea for a graphic novel came up.”
She explained, “A graphic novel is closer to theater than film, because the reader gets to choose where their eye goes. There’s something really special about a piece you can read and touch and share with someone. That’s different from the experience of seeing a play.”
Berks added, “We’ll always be people who love theater but because of this experience, everything we do will have more than one application moving forward.”

From stage to page
The dictionary definition of a graphic novel is a story presented in comic-strip format and published as a book. After Berks and Cooper decided to adapt the play into graphic novel form, they asked actress and illustrator Becca Hart to draw a mock-up of two scenes – and they liked what they saw.
Berks explained, “Becca is a theater artist who spent her adolescence deep in graphic novels. She was uniquely fit to illustrate this project. We wanted the graphic novel to follow the play. The drawings are based on the original cast members, and the characters speak the lines that were spoken in the play.”
He continued, “This is a collective story about adoption experienced from many different angles. Both the play and the graphic novel wrestle with that.”

Difficult truths
Cooper, who is an adoptee, said, “We don’t shy away from difficult truths in our plays. There is a lot of joy in adoption, where almost everyone is acting out of generosity. But usually a child gets placed for adoption because their birth parents can’t raise them. There is some sort of crisis. Many adoptive parents are also grieving their inability to conceive and produce a birth child. There can be feelings of grief and loss, overlaid with expectation. There are a lot of overlapping feelings for people whose lives have been touched by adoption.”

Recurrent themes
One of the themes that kept coming up in the story circles, according to Berks and Cooper, was the theme of the “good’ adoptee and the “bad” adoptee. That is, if there are two adopted children in a family, a dichotomy is common.
Cooper said, “Both of the adoptees act out their fear of abandonment, but in different ways. Transracial adoption complicates things even further. We have more Korean adoptees in Minnesota than any other state. Many Korean adoptees we hear from said they grew up thinking they were white.”
In this storyline, there are two adopted sisters. One is White (Alice) and one is Korean (Jen). Alice and her boyfriend Lewis are engaged. Alice meets her future in-laws for the first time at her own engagement party, at which Jen appears after spending two years in Korea.
Both sisters go down a rabbit hole at the engagement party, as the realities of adoption set in. The feelings they’ve spent years avoiding start to surface in fantastical forms. Questions swirl as the sisters ask, “Who am I? Where did I come from? Do I even belong in my adoptive family?”
Cooper said, “Part of what made The Adoption Play Project so special, and what inspired us to create the graphic novel, was people saying, ‘This play gave me language for what I’m feeling. This play is a tool for having more meaningful conversations about adoption.’
“We hope that people inside and outside the adoption community will continue having these conversations. A deeper understanding of adoption makes all of our connections stronger.”
“In my Heart: the Adoption Story Project” is on the shelves at Next Chapter Booksellers in St. Paul and Magers and Quinn in Minneapolis. Copies can also be purchased from Wonderlust Productions’ website at http://wlproductions.org/inmyheart.