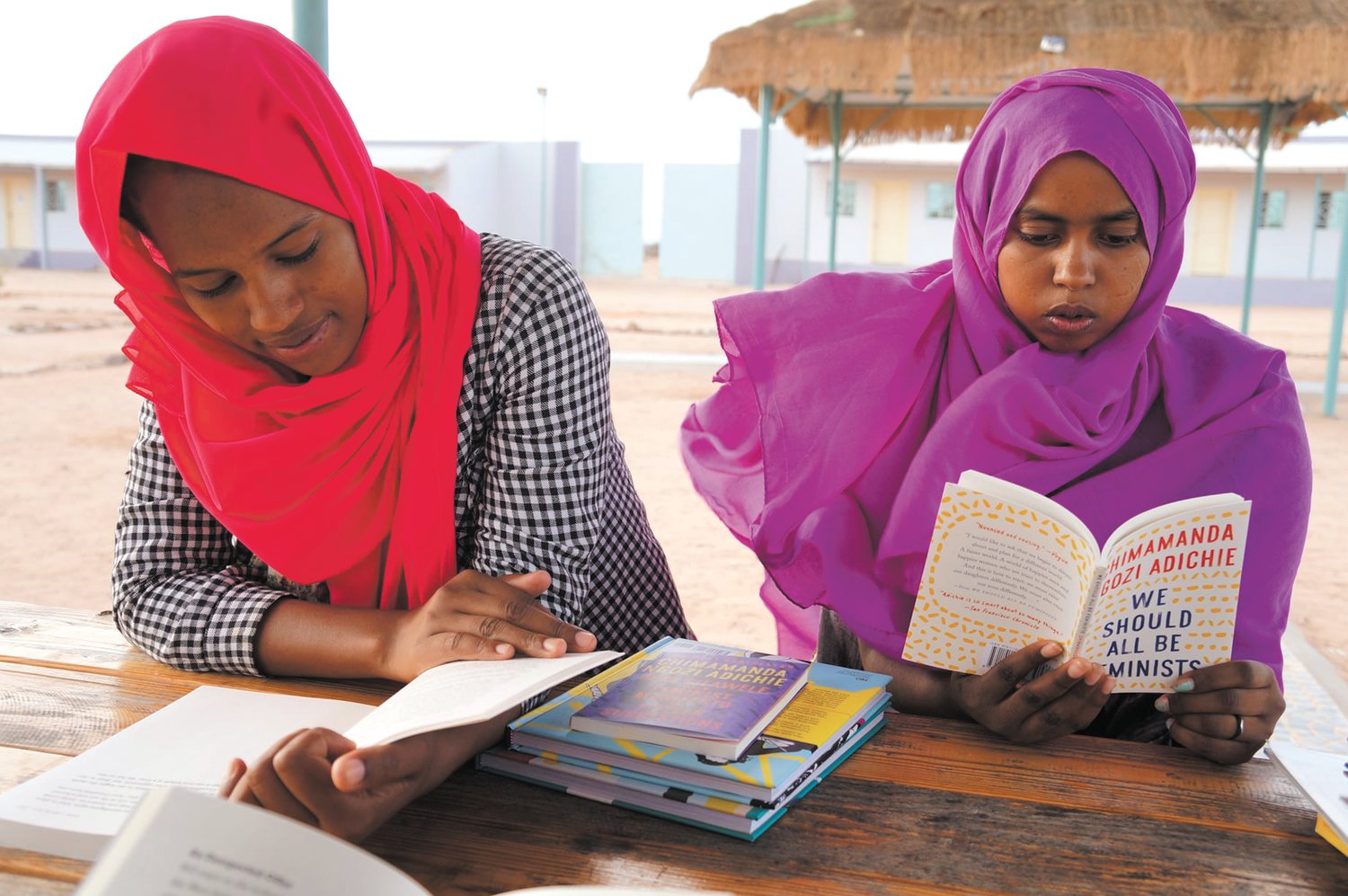 “We have a girls empowerment program with books about girls sent to girls,” observed Books for Africa Executive Director Patrick Plonski. (Photo submitted) 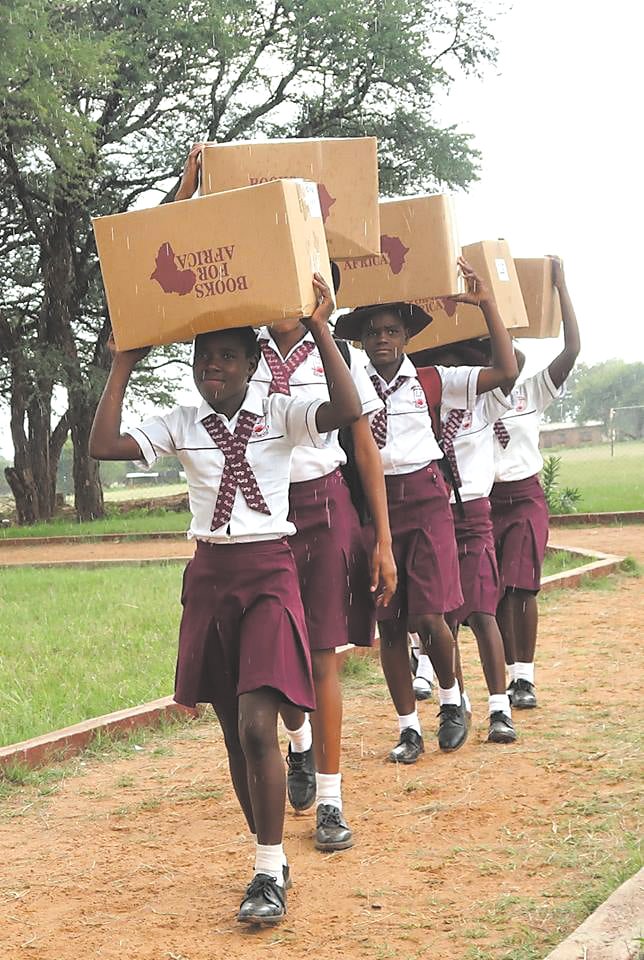 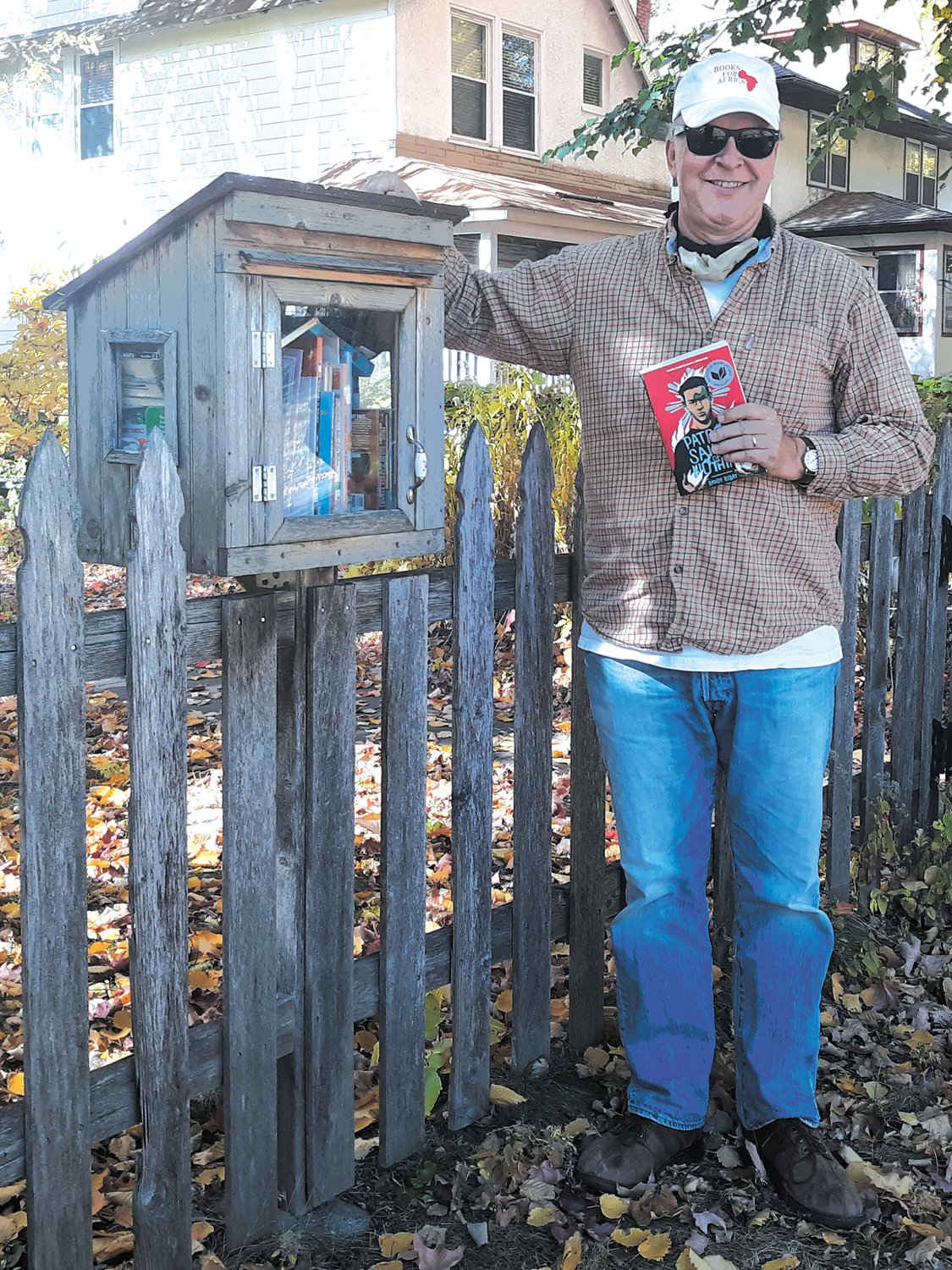 The Books for Africa warehouse at 717 Prior Ave. (Photo by Jan Willms) 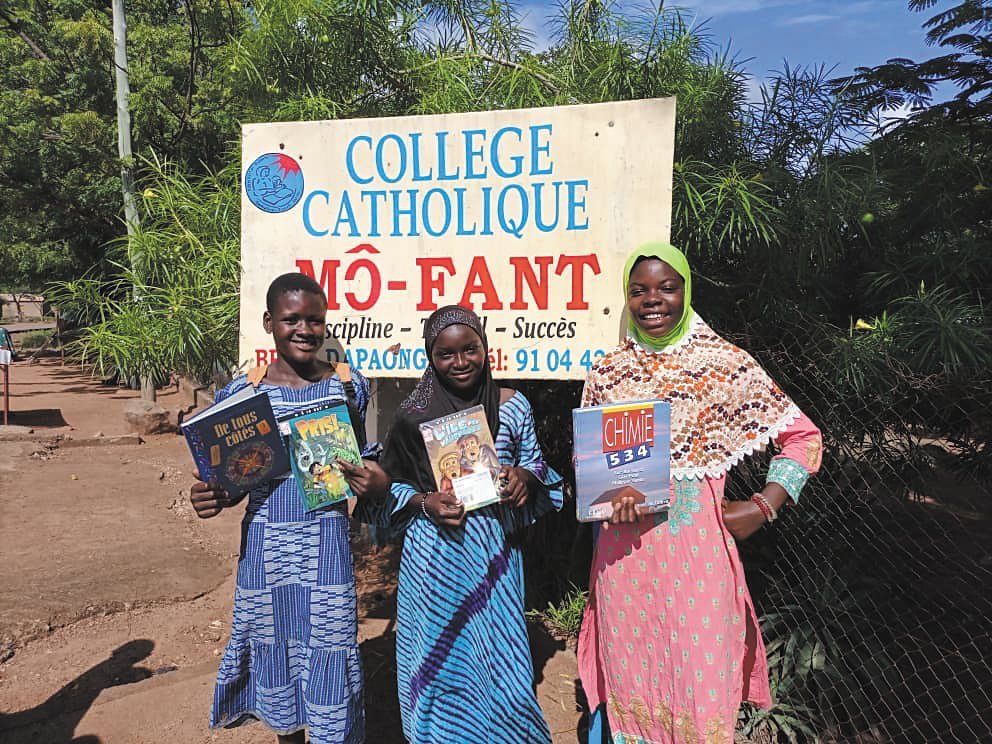 Books for Africa (BFA) will be shipping its 50 millionth book to Africa by the end of 2020. Quite an achievement for a Saint-Paul based organization that started in 1989 with a simple mission: End the book famine in Africa.
In 1988, Tom Warth visited a library in Uganda and saw that books were almost non-existent, and the few that occupied the shelves were tattered and worn. Returning to Saint Paul, he started BFA in an effort to provide education through books to African students of all ages.
Explaining how the organization grew to become the largest shipper of books to Africa in the world, Executive Director Patrick Plonski said that some of the growth is the result of staying at it over the years.
Plonski, who joined BFA in 2003 after working at the University of Minnesota as director of a legislative council and studying for his PhD in international education, said that when you ship a few million books here and a few million books there, it adds up. BFA has shipped books to all 55 countries on the African continent.
“We have always determined our success by the number of books shipped – high quality books,” Plonski continued. He added that some of their success and growth comes from the simplicity of the mission, and some of it is a result of the organization’s efficiency.
“There were other organizations doing this, and few of them have been able to survive,” he said. “They were relying on publisher books, and we were one of the only ones to find a way to go to scale with used books, with lots of volunteers and big warehouses.
“If you want large quantities of books for Africa, you have to buy them on the market or come to us.”
He said there are a few places that ship books, one in London and one in Maryland, but BFA remains the big player in this niche market of getting books for schools, libraries and universities in Africa.

Books they want
BFA has its administrative headquarters at 370 Selby Ave. and its warehouse at 717 Prior Ave. A majority of its books go through its warehouse in Atlanta, Ga. “We also send some French-language books out of France and Quebec,” Plonski said. BFA does some work out of Annapolis, Md. and Los Angeles, Calif. “But our headquarters have always remained here, and the majority of our board members are from here,” he added.
He said BFA has everything from preschool books to law books.
“Every container is packed to order to help ensure that people get what they want,” he noted. “Sometimes they will want novels, sometimes children’s books, or a university will want all university books. In the early days we took what was available in the warehouse, but that changed when I came in. We increased the volume and selection so people could get more of what they wanted.”

Law and Democracy Initiative
The Jack Mason Law and Democracy Initiative was started about 10 years ago. “We get requests for very specific law books,” Plonski said. “Some were donated but not useful, such as books on tax law in Texas. But the African colleges wanted books on contract law, for example.”
BFA set up a relationship with Thomson Reuters in Eagan. “They acquired West Publishing, which is the largest printer of law books in the world,” Plonski stated.
Through the Jack Mason Law and Democracy Initiative, BFA has been able to do things like send a container holding a law library to the University of Tanzania. The law books are brand new and custom-printed in Eagan.
“The late Kofi Annan and Walter Mondale were honorary chairs of that initiative, and it has been very successful,” Plonski said.

Needs: books and money
Plonski described BFA as having a basic program with all kinds of books. But within the organization are niches, such as computers and digital books, agriculture books, law books and medical books. “We have a girls’ empowerment program, with books about girls sent to girls,” he added.
“You always have to deal with the realities of the situation you are in,” Plonski said. “In Africa, there are all kinds of challenges with customs. Some countries want a list of every book in a container.”
He continued, “But our biggest challenges are money and books, and you need both. If you get enough money, you can get the books and pay to truck them from Texas to Atlanta. But some books are not available at any time. We have a shortage of engineering books. And no one has agriculture books in the quantity we need, short of buying them from a publisher.”
Plonski said BFA will purchase some books, such as agriculture books, and pass on the cost to the recipient. “But that’s pretty rare, and most books are donated,” he said. “Sometimes a publisher overstocks, and we get the books for 10 or 15 cents a book and the recipients pay those costs.
“Somebody has to pay for every container, because of the cost of shipping and storing the books. But for a university in Africa, paying $15,000 for 20 tons of books is a great deal. If we ship to a small group of kids’ schools, they usually have a foundation they interconnect with that pays the shipping costs.”
BFA does have fundraisers and book collection drives. Boy Scouts and Girl Scouts, Rotary clubs and other organizations collect books. Individuals can drop books off at the warehouse on Prior or mail them to the warehouse.
“We just wrapped up a virtual celebration in honor of our 50 millionth book,” Plonski said. “We raised $380,000 to send books to 10 countries, and we were able to generate a lot of excitement around it.”
BFA has received the Charity Navigator award nine times and is considered in the top 4 percent of charities. “That’s a sign of efficiency and good governance,” Plonski said.
When asked about the “white savior” aspect of a white-led and white-founded company providing books for people of color, Plonski said that is a legitimate concern.
“To frame the perspective,” he said, “we want to make sure that whatever is provided is needed and valuable. It is not about the color of the skin of our supporters, but about the quality of the product that is delivered.
“In our effort to make sure our help is valuable,” he continued, “we have a lot of Africans on our board from the Diaspora. They were born in Africa, but now live in the United States.” He said about a third of BFA’s board members fall into that category. “They keep us grounded,” he said.
“All of the books we send to Africa are requested by Africans and distributed by Africans,” he added.
According to Plonski, it is all about empowerment and helping people, regardless of race, color or creed.
He said that from a scholarly standpoint, “white saviorism” should not cause a disconnect. “We don’t want it to create an excuse for lots of white people to sit on their hands and not donate or volunteer.”
But people of all ethnicities and nationalities have volunteered and donated to BFA.
“I find it amazing that the world’s largest shipper of books to Africa is headquartered here in Saint Paul,” Plonski remarked. “We have sent books from here to every single country in Africa, and the money, the books and the volunteers have come from here. We couldn’t do it without the support of the people from Saint Paul.”