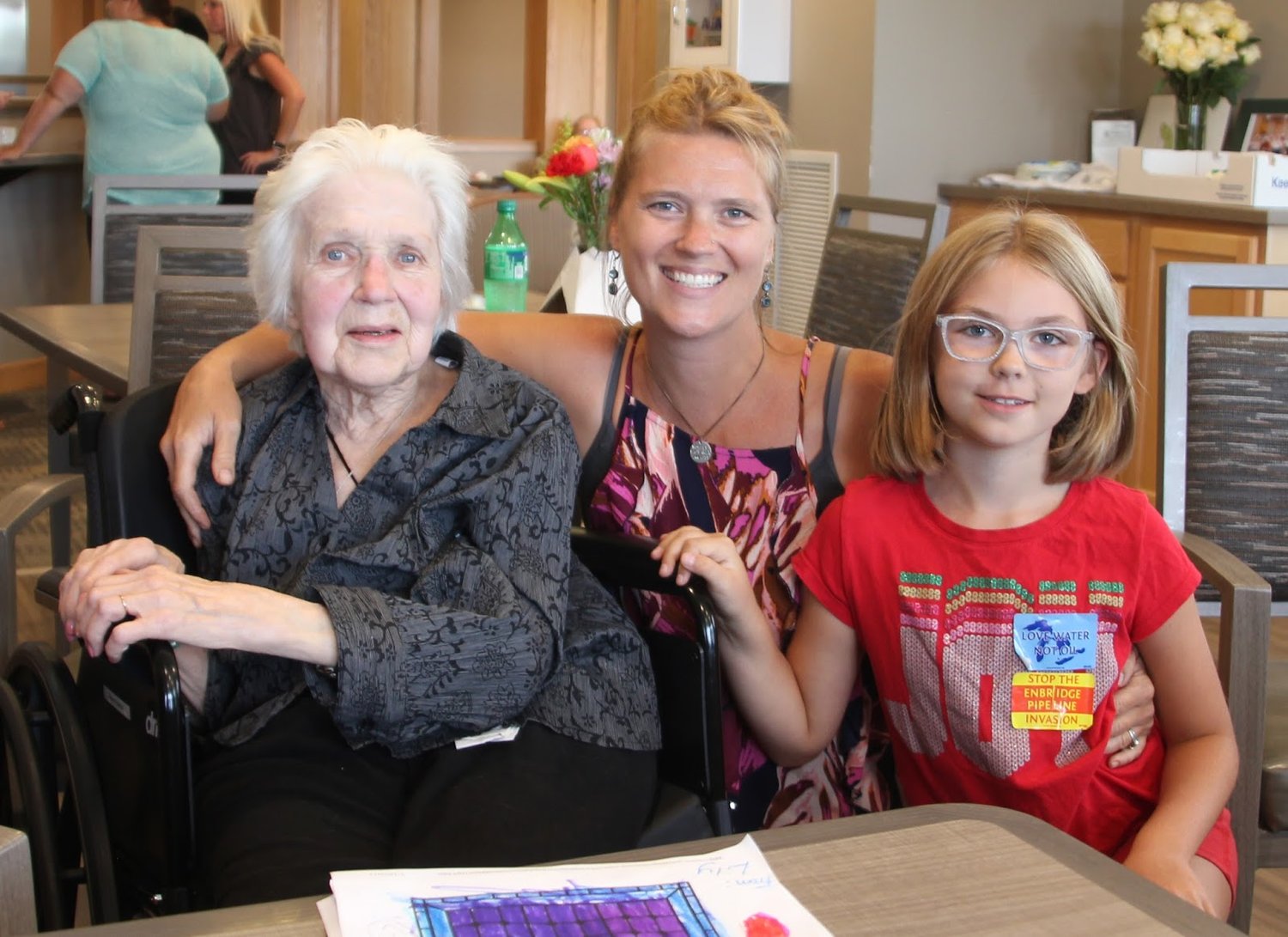 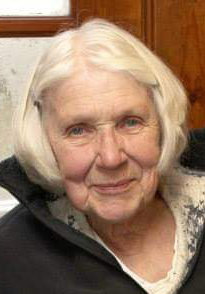 Delia Kathleen (Folger) Christensen, known to everyone as Kathy, age 87, of Blaine, passed away on June 30, 2020 during the COVID-19 pandemic.

Named after her grandmother Delia Whaley Ritteman, Kathy was born on July 20, 1932 to Francis Virgil Folger and Frances Irene Ritteman in Fargo. She was the baby of the family of six and spent her early years in Hawley, Minn. Her dad worked for the highway department building bridges. Her mother lost her hearing as a girl but what struck her youngest daughter is how she got along reading lips. Kathy graduated from Moorhead High School in 1950, and took some college classes nearby.

A mutual friend introduced Kathy to David Jerome Christensen, a carpenter and stock car racer. They wed on Feb. 18, 1951 in Moorhead, Minn. and spent their first few years together in Tioga, N.D., where David built houses with his dad during the oil boom. Over the years they welcomed six children: Guy, Rande, Renee, Julie, Coralyn, and Kelly. The couple lived most of their lives at 1040 128th Ave. in Blaine. With 6 kids, Kathy knew how to budget. They didn’t go out to eat much, but when company was over they’d splurge on KFC. She always made sure the kids had treats from the ice cream truck, and they remember frozen cream pie as an occasional dessert. “She was a woman ahead of her time in some ways. She was in charge of the finances and bills. I was felt like she was an equal in her marriage,” said youngest daughter Kelly.

Kathy lovingly tended the yard and garden, and found time to sew, craft and bake. She always kept herself busy, and could find her way around anywhere. “I don’t think she ever rested,” remarked daughter Julie. “She packed her own lunch for work. She would call on her breaks. She worked second shift a long time. She would cook dinner before she went.” She did all the laundry, washing the bedding on the weekends, because she didn’t want the kids wasting soap or water. The clothes dried on the line. Kathy liked to pick strawberries in the summer and apples in the fall, and was known for her strawberry-rhubarb jam. She enjoyed picnics, Minnesota state parks, the Munsinger Clemens Gardens in St. Cloud, Como Zoo Conservatory, Macy’s Christmas displays and the Hollidazzle winter parade in downtown Minneapolis, and the ice castles and snow sculptures in St. Paul. She always read the Star Tribune and listened to WCCO. She thrilled at finding a bargain, especially at her annual neighborhood garage sale and on Black Friday. There were trips out west with family members to visit daughter Corky in Montana and Idaho. Later the fifth wheeler was parked on Otter Tail Lake and then Your Haven on Long Lake in northwestern Minnesota. She loved it most when her grandchildren came to visit. During family excursions to the State Fair, they ate lefse, french fries, Sweet Martha's cookies, apple freezes, and more. “Grandma did better than all of us combined in that heat!” recalled granddaughter Cheri. “She was like the Energizer Bunny.”

Kathy worked as an anesthetist aide for over 30 years at North Memorial Hospital. Her full-time work wasn’t easy, as she was on her feet all day. She took her job very seriously, said daughter Kelly, who recalled her mom waking up at 4 a.m. to help shovel the driveway so that she’d get to work on time. After she retired, Kathy watched her youngest grandchildren, taking them shopping and teaching them to drive. She read all the newspaper articles her granddaughter Tesha wrote, letting her know she was carrying on a family tradition of newspaper writing. Kathy’s uncle Ralph Ritteman was the longest publisher of the Hawley Herald, from 1917-1952.

Despite succumbing to dementia due to strokes in her later years, Kathy never lost her sweet and gentle spirit. She became known for the kisses she blew at family when they visited her at Crest View Senior Community. She passed along her strength and determination to her daughters and granddaughters.

Kathy joins those who have gone before her, including her husband David in 2006, daughter Renee Bonnette in January 2019, and son-in-law Claire “Buzz” Bonnette; brothers Francis “Bill” William Folger and Earl Keith Folger; sister Carolyn Ruth Folger Ward; and her parents.

A service for immediate family was held at Spirit of Christ Lutheran Church in Ham Lake on Thursday, July 16, with Pastor Jason Neel officiating. Private interment at Morningside Cemetery. A celebration of life will be held at a later date.  Online condolences are appreciated, and may be left at cremationsocietyofminnesota.com. Please send any gifts to Alzheimer's Association, Spirit of Christ Lutheran Church, and Meals on Wheels.