News for everyone, delivered to everyone
VOICES AGAINST VIOLENCE SERIES 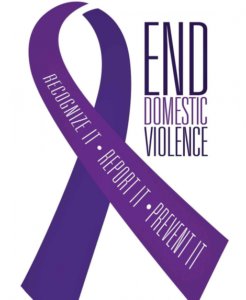 Domestic violence (also called intimate partner violence (IPV), domestic abuse or relationship abuse) is a pattern of behaviors used by one partner to maintain power and control over another partner in an intimate relationship.

Domestic violence does not discriminate. Anyone of any race, age, sexual orientation, religion or gender can be a victim – or perpetrator – of domestic violence. It can happen to people who are married, living together or who are dating. It affects people of all socioeconomic backgrounds and education levels.

Domestic violence includes behaviors that physically harm, arouse fear, prevent a partner from doing what they wish or force them to behave in ways they do not want. It includes the use of physical and sexual violence, threats and intimidation, emotional abuse and economic deprivation. Many of these different forms of domestic violence/abuse can be occurring at any one time within the same intimate relationship.

It’s not always easy to tell at the beginning of a relationship if it will become abusive.

In fact, many abusive partners may seem absolutely perfect in the early stages of a relationship. Possessive and controlling behaviors don’t always appear overnight, but rather emerge and intensify as the relationship grows.

Gaslighting: A form of psychological manipulation in which a person seeks to sow seeds of doubt in a targeted individual making them question their own memory, perception, and sanity. Named after a movie called "Gaslight."

Coercive Control: An act or a pattern of acts of assault, threats, humiliation and intimidation or other abuse that is used to harm, punish, or frighten victims.

Wear purple clothing and change outdoor lighting and décor at homes to purple during Domestic Violence Awareness Month in October.

Read more in our Voices Against Violence series here.

• They took her children away

• She must have done something wrong

• Assume mothers get custody of the kids in domestic abuse situations? Think again.

• "It should never have happened'

• Jennifer's ex tried to convince her, others she was crazy