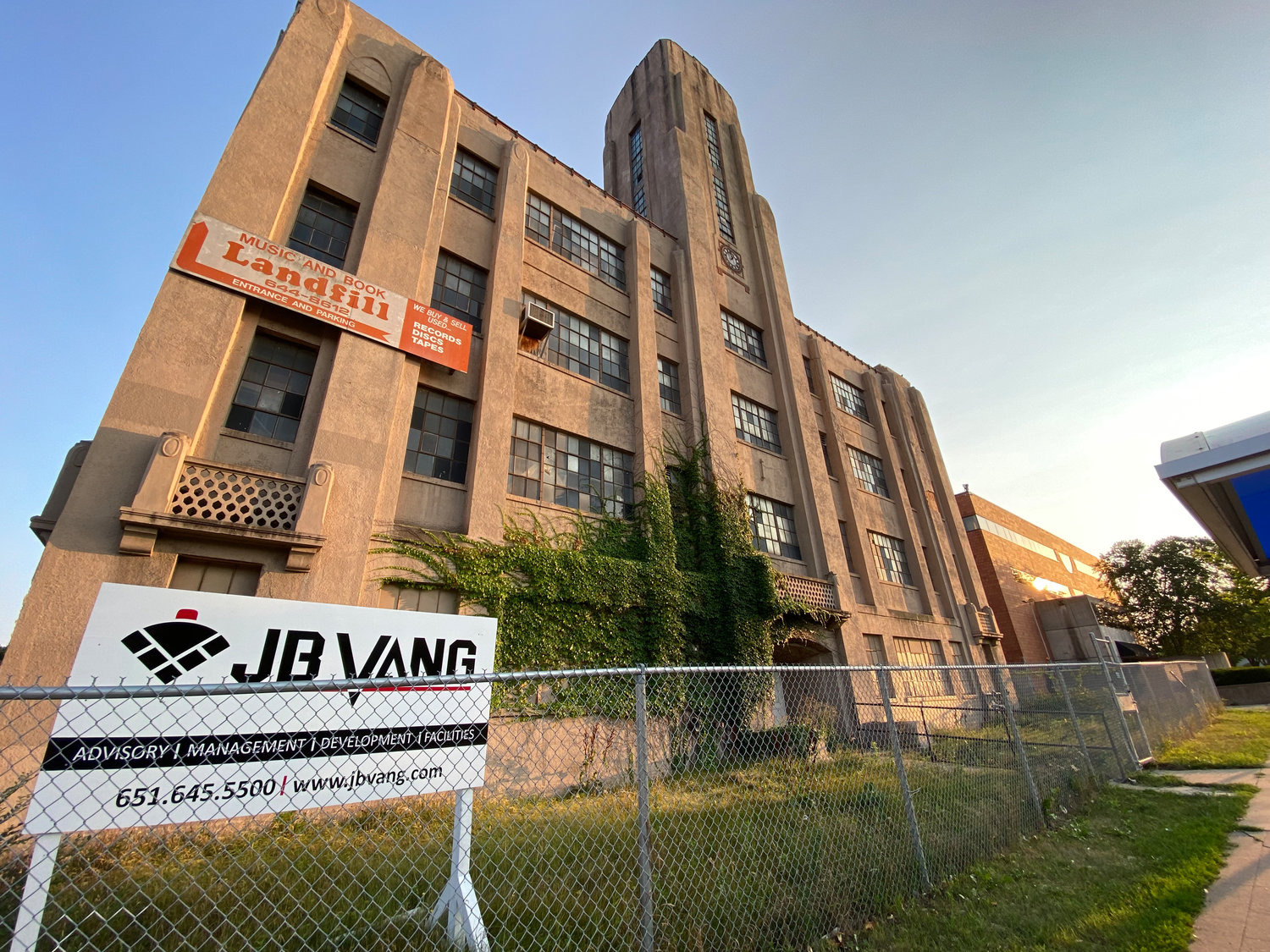 A unique and historic University Avenue building will become the Twelve22 University apartment building, as part of a larger effort to provide very low-income housing. The St. Paul City Council approved the project’s spending plan June 22, both as the Housing and Redevelopment Authority (HRA) Board and as the council itself.
The project by Midway-based developer JB Vang will convert a vacant former casket company building at 1222 University Ave. into 55 apartments. It is St. Paul’s first very low income housing project, funded through a $12 million federal American Rescue Plan Act (ARPA) allocation.
According to the Metropolitan Council, Ramsey County needs around 15,000 affordable housing units to meet the current need for very low-income housing. The county and city are drawing on a variety of sources to build or renovate such housing. Even then the public resources only support a few hundred apartments per program or funding cycle. That’s a drop in the bucket when compared to the actual need.
An area media income or AMI number is used to determine who can live in the units. The AMI for a family of four is $118,200. At 30 percent, that household would have an annual income of $35,200.
AMI is calculated by the federal Housing and Urban Development (HUD). It varies by area and calculations can vary by program.
City council members praised the Twelve22 project, with Ward Seven Council Member Jane Prince calling 50 years of affordability “extraordinary.” She also pointed out that there is a huge need for deeply affordable housing. A similar project in her ward opened with 60 apartments and about 600 applicants.
In December 2021, city and county officials announced that they would provide $74 million toward providing deeply affordable housing. The county announced its initial projects in the spring, which include renovate and expansion of Kimball Court, 545 N. Snelling Ave. Beacon Interfaith operates that housing, which is in a former hotel.
Over time more projects will be announced. What’s typical is that several funding sources must be drawn on for each affordable housing program.
For example, three sources of funding are identified for the Twelve22 project. Beside ARPA, the second source is up to $12.5 million in conduit multi-family revenue bonds. The third is a $748,983 pooled tax increment financing (TIF) loan to be blended with the 30 percent AMI ARPA funds
The $24.8 million project will provide 55 affordable apartment units. Of the units, 15 will be deeply affordable at 30 percent of AMI and 40 units will be affordable at 60 percent of AMI. All units will be affordable for a term of 50 years.
Rents could range from $660 to $1,584 per month, depending on unit size and level of affordability. The building will have 27 one-bedroom units and 28 two-bedroom units, amenity spaces, and 50 surface parking stalls.
The JB Vang firm is a development and project management veteran, with more than 15 years experience. The developers hope to close on the property in July, and have it done by summer 2023.
The building will be 100 years old next year. Built as a casket company, it was designed to have casket manufacturing and showroom space. It later was a warehouse and office facility for the Snyder drugstore chain, which operated in the Twin Cities for many years.
Its final business occupant was Landfill Books and Records fir.
It has won votes of approval from the city’s Heritage Preservation Commission and Union Park District Council. It will also draw on funding including a site cleanup grant from Metropolitan Council, state and federal historic tax credits and other sources.