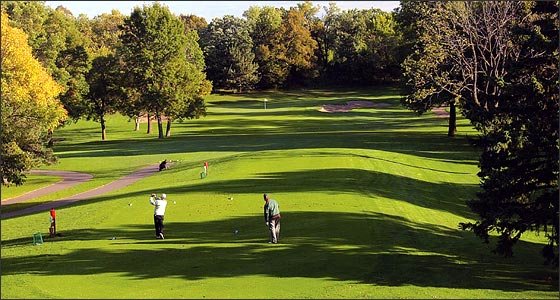 The Department of Parks and Recreation submitted more than half of the 48 community facilities requests, including funds for a study of reuse for the Como Golf Course.

The possible closing and reuse of the Como Park golf course, a new Central District Police station in the North End and improvements to Snelling Avenue are among 122 projects vying for 2014-2015 Long-Range Capital Improvement Budget (CIB) dollars. Over the next few weeks city staff will start assigning cost estimates to the various projects. Citizen task force review of projects gets underway in March, with CIB Committee recommendations to the St. Paul City Council and Mayor Chris Coleman this summer.

The list of approved projects will be adopted as part of the 2014 city budget in December.

Projects are submitted by city departments, district planning councils, community development corporations, neighborhood groups and in a few cases, individuals. Most area district councils submitted at least one project. Projects were submitted to meet a January 18 deadline. The field of CIB candidates was about what city staff anticipated and is similar to the numbers seen in recent years, said John McCarthy of the city’s Office of Financial Services. For 2014-2015, there will be 48 community facilities, 56 streets and utilities, and 18 residential and economic development requests. It’s not clear yet how much money will be available for projects.

Here is how the requests break down by category:

The largest area request is to replace Central District Police Station, which closed about a decade ago. The district offices were put in the downtown headquarters, which lacks space. One idea would be to use the current Sylvan Park site. But that would require replacing the park, under the city charter. North End residents have asked to replace the station for several years.

Several new building requests were submitted by the St. Paul Fire Department. During his 2013 budget presentation to the City Council, Fire Chief Tim Butler indicated that several fire stations need major renovation or replacement. One of those stations is Station 20 at the Cretin-Vandalia-University intersection, are proposed for replacement. Station 20 is more than 90 years old. Access to the station has been affected by Central Corridor light rail construction. A larger station would also allow for the addition of a second emergency medical services/fire crew there.

The Department of Parks and Recreation submitted more than half of the 48 community facilities requests, including funds for a study of reuse for the Como Golf Course. Golf course use is dropping and the city can no longer operate four courses, so a community study of reuse is needed. Other area projects include improvements to McMurray Field softball fields and parking, a new sign for the Hamline Midway Branch Library, a Merriam Park community needs study, North Dale ice rink systems work, Scheffer Recreation Center replacement and play area replacement, and improvements to Dickerman, Hampden and May parks.

Funds to start a community review process and select a solution for the north end of Ayd Mill Road is probably the most high-profile area request. But several area street and bicycle projects are also proposed, most by the Department of Public Works. Some projects tie into Central Corridor-related bicycle and pedestrian improvements, including Public Works request to turn Aldine Street and Chatsworth Avenue into bicycle boulevards, and more funding for the Charles Avenue Bike Boulevard.

Another major project making a return is the eastern extension of Pierce Butler Route to I-35E and Phalen Boulevard. Other projects include Snelling Avenue pedestrian safety and traffic calming improvements, lighting on Como from Dale to Maywood, Lexington Parkway bike improvements, and replacement of the Jackson Street, Maryland Avenue and Wheelock Parkway bridges.

Most of these submissions are city projects, for acquisition of demolition of blighted properties, home improvement loans, funds for commercial corridor development and renovation of multi-family buildings. One project tied to light rail is to purchase property and extend Fuller Avenue in the area of the Central Corridor light rail’s Lexington station. Fuller is an east-west street that ends at Lexington. Some light rail land use plans suggested extending it to the west. Also, Model Cities Development Corporation is seeking funding for the development of nine townhouses on the former Old Home Dairy site at Western and University, and for other projects planned near the Victoria light rail station.