News for everyone, delivered to everyone
Planting seeds 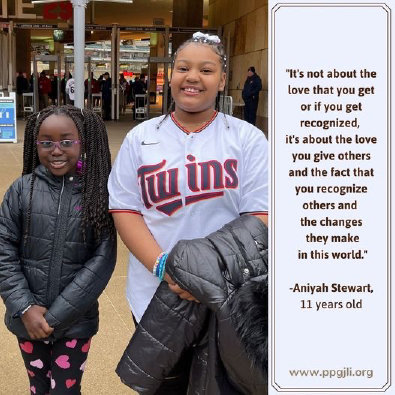 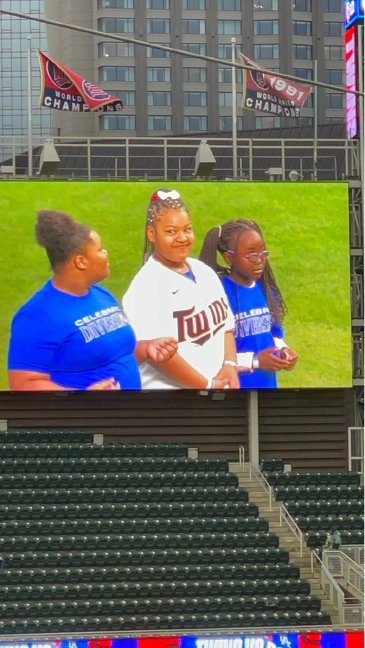 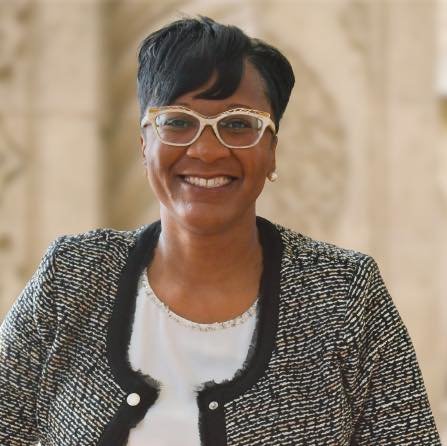 The Minnesota Twins recently celebrated the 75th anniversary of Jackie Robinson’s debut in Major League Baseball. Planting People Growing Justice Leadership Institute was represented during the celebrations. Special activities were held throughout the Twins’ game against the Los Angeles Dodgers at Target Field.
The ceremonial first pitch was thrown by three of our local students, Nah’Lyiah Davis, Abigail Mutua, and Aniyah Stewart. They were winners of the team’s Martin Luther King Jr. Day Writing Competition held in partnership with PPGJLI. The topic of the contest was: “What it truly means to be a drum major for justice.”
Jackie Robinson exemplified the goals of the PPGJLI. We seek to plant seeds of social change through education, training, and community outreach. Jackie did the same by promoting these core nine values of courage, persistence, justice, determination, integrity, commitment, teamwork, citizenship, and excellence.
The Minnesota Twins recognized Jackie’s lasting impact by celebrating youth and future generations as they continue to break barriers, push for social equity, and serve as an inspiration for everyone. His impact on baseball, society, and history was monumental.
Jackie was the first African American to play in Major League Baseball and his contribution was immeasurable. He was signed by the Brooklyn Dodgers on April 15, 1947, and that single act was a major milestone in the game and the country’s history. That same year, he was honored with the inaugural “Rookie of the Year” award.
His signing marked the beginning of the end of racial segregation in professional baseball. The son of a sharecropper, it was unfathomable at the time that an African American would reach the pinnacle of America’s Pastime.
His uniform bore the No. 42 and in honor of his achievements, Jackie’s uniform was retired across all major league teams, the first athlete to ever be honored in that way. On April 15, 2004, a new tradition was instituted called Jackie Robinson Day. On that day each year, every player on every baseball team wears the No. 42 on their uniform.
Jackie received numerous accolades and awards during his renowned 10-year baseball career, but it was also a time when he suffered some of the worst of racism. He served his country proudly in World War II, and was inducted into the Baseball Hall of Fame in 1962. He was posthumously awarded the Congressional Gold Medal and Presidential Medal of Freedom.
One of the greatest baseball players of all time, he died in 1972 at the age of 53.
Jackie’s legacy lives on in the game of baseball and the many youths that dream of following in his footsteps. He leaves us all with a leadership challenge to take action when he stated: “Life is not a spectator sport. If you’re going to spend your whole life in the grandstand just watching what goes on, in my opinion you’re wasting your life.”
Through her organization, Planting People Growing Justice Leadership Institute, Dr. Artika Tyner seeks to plant seeds of social change through education, training, and community outreach.