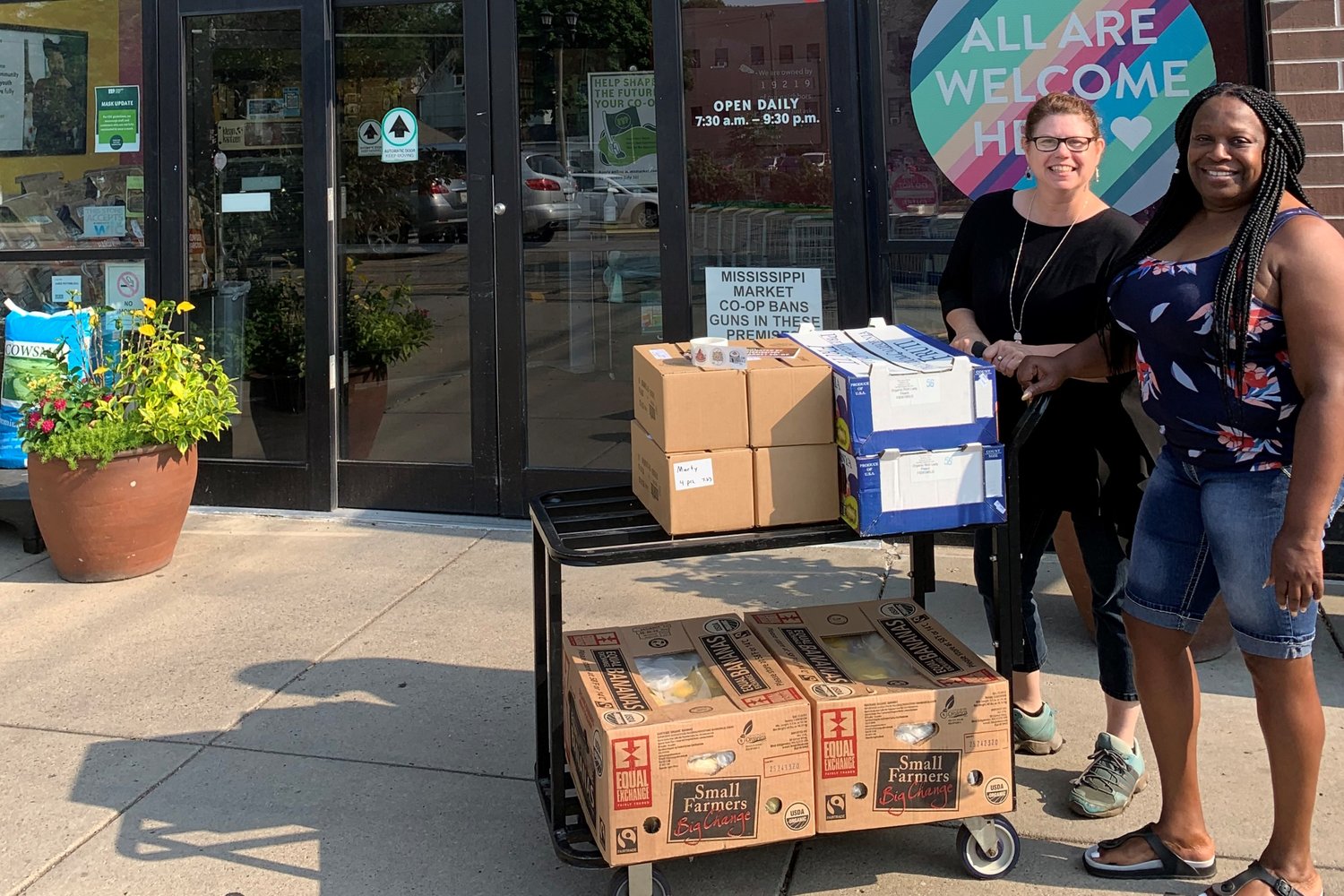 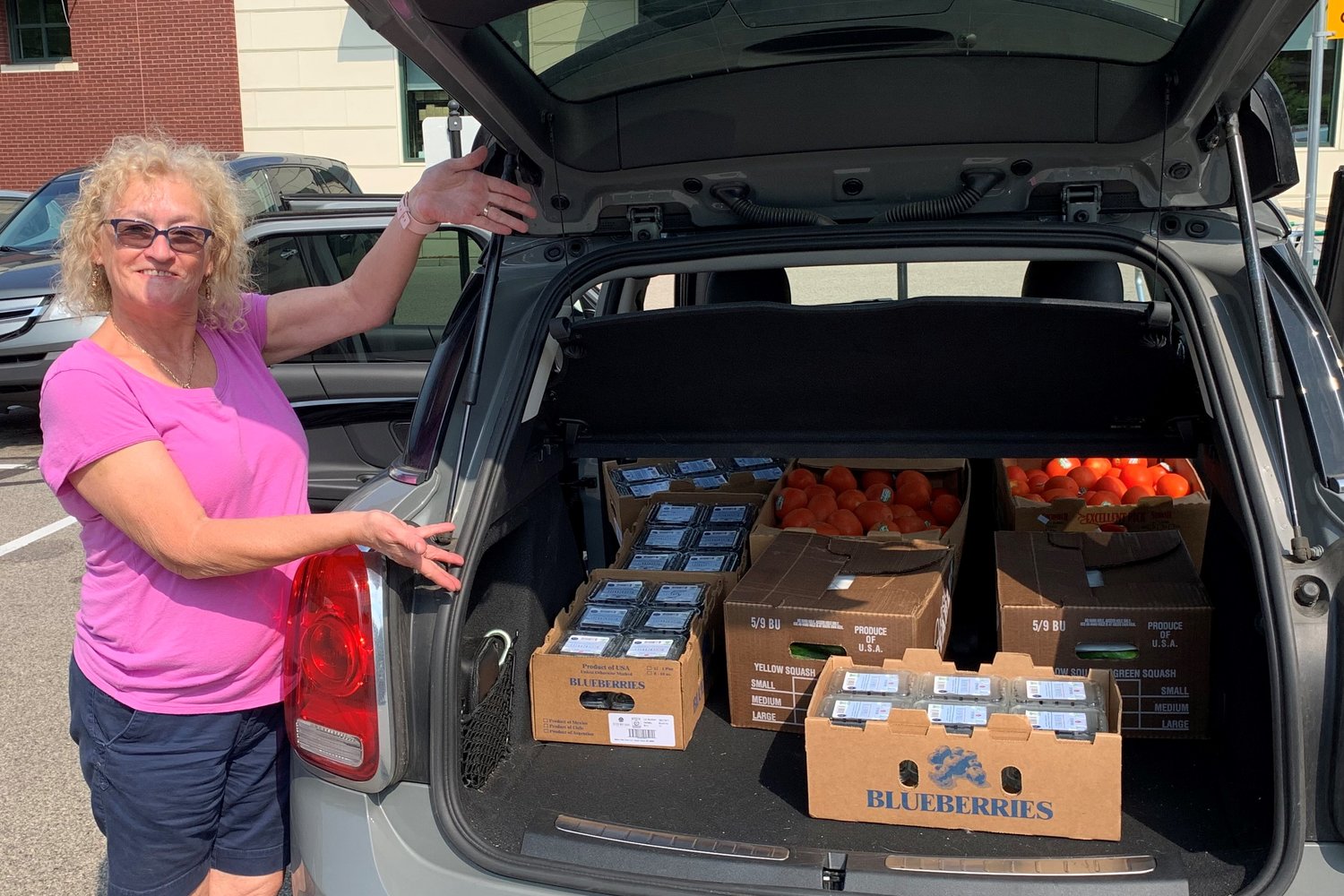 Mississippi Market increases food donations, food justice efforts
Mississippi Market has launched a new food donation program to help meet the increase in hunger the community is facing, which is estimated to have increased 300-400% due to the impacts of COVID-19. Community organizations and nonprofits can now request a fresh produce or healthy food drop from the co-op. “We understand that a just food system needs food to be accessible and nutritious as well as culturally appropriate. We’ve learned from our food-shelf partners that there is a gap to fill when they cannot access dietary-specific, sustainably grown, or culturally relevant products,” say co-op representatives. “This is a gap we are able to help fill with donations from local, organic and sustainable farmers and makers. Since we started this new program on July 1, we have had the opportunity to donate fresh blueberries, tomatoes and cucumbers to East Side Elders for their monthly free grocery distribution and bananas, peaches and granola bars to the East Side YMCA for their children’s after-school program.”
Beyond food donations, the co-op is committed to expanding understanding and taking action around food justice. There is a new section on their website featuring food donation and food rescue programs, connections to local hunger relief, educational resources, and rotating ways to engage by donating, volunteering or contacting your representatives. Learn more at msmarket.coop/community/food-justice.

Party for the Parks honors Champions of St. Paul Parks
The Saint Paul Parks Conservancy held its Party for the Parks, on Wednesday, July 28 at the Wigington Pavilion at Harriet Island Park, recognizing three local individuals and one volunteer organization as park champions with special awards.
Park Volunteer of the Year: Debby Smith
Debby Smith has planted and tended gardens at Como for 14 years, starting with the East Gateway Garden, then adding the round garden at the Lexington walking bridge and the big one by the lake. “Every house I’ve lived in has had large gardens,” said Smith. “The key is to weed every day so they don’t get out of control. When we moved to Woodbury last year, I gave away two of the Como gardens to volunteers who have been helping with the annual planting and mulching, but I kept the lakeside garden.” Smith has cheerfully worked more than 823 hours in the park. She is one of more than 160 Garden Stewards who plant and care for 46 gardens across Saint Paul parks.
Changemaker: Khalique Rogers
Khalique Rogers became a passionate advocate for creating greenspace and a community gathering space for the Midway area during his years at Gordon Parks High School. Rogers testified before funders and government groups with a powerful narrative. Working with the Trust for Public Land, Saint Paul Parks and Recreation and the newly formed Friends of Midway Peace Park, he helped bring together resources and neighborhood advocates. The big day came on June 15 of this year with the official grand opening of Midway Peace Park at 416 Griggs Street. The basketball courts were full, community booths filled the upper plaza, and both playgrounds were full of happy youth of all ages enjoying this new three-acre park. Midway Peace Park serves both as a destination along the Green Line, which has few parks along its route, and as an important local park for the neighborhood, Gordon Parks High School, High School for the Recording Arts, and residents of the adjacent Skyline Tower.
Also recognized were Golden Shovel Award winner Priscilla Brewster and Park Booster of the Year winner, The Saint Paul Garden Club.

New executive director at MCN
The Minnesota Council of Nonprofits (2314 University Ave.) board of directors unanimously voted to appoint Nonoko Sato as executive director, effective August 1, 2021. She steps into this leadership role after serving as the Minnesota Council of Non-Profits’ (MCN) associate director since January 2018, succeeding current and founding executive director Jon Pratt, who announced his forthcoming retirement in December 2020.
“I see a responsibility for MCN to harness our power and privilege to ensure Minnesota’s robust nonprofit sector has what it needs to fulfill their important work towards a just, joyful, and equitable world,” said Sato.

Low-cost insurance
Minnesotans who received unemployment income at any time in 2021 now can access extremely low-cost health insurance through MNsure. The new benefits were implemented as part of the American Rescue Plan legislation enacted earlier this year. Some Minnesotans can find a plan with a premium as low as $0 per month. Visit MNsure.org and select “Find free help.”