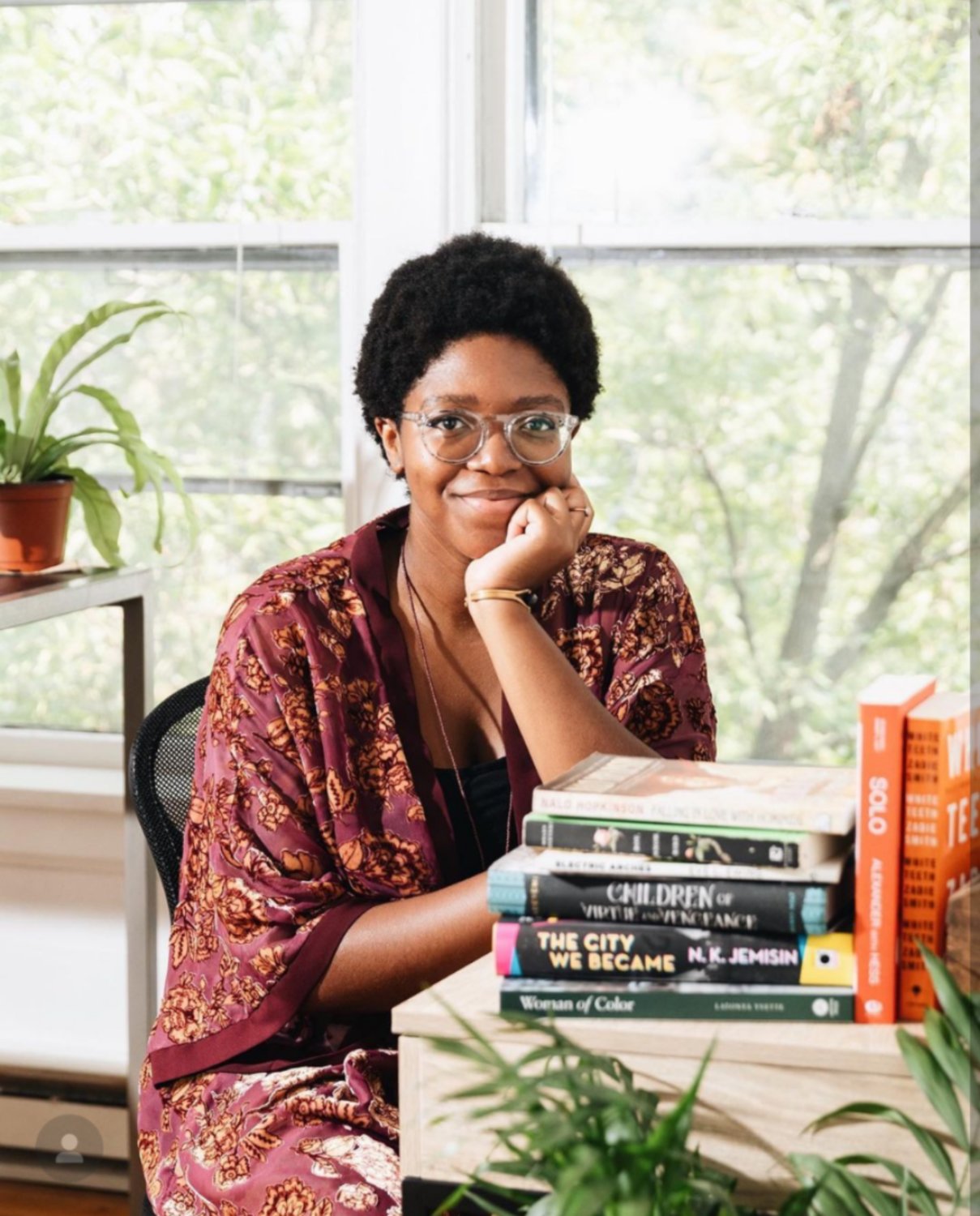 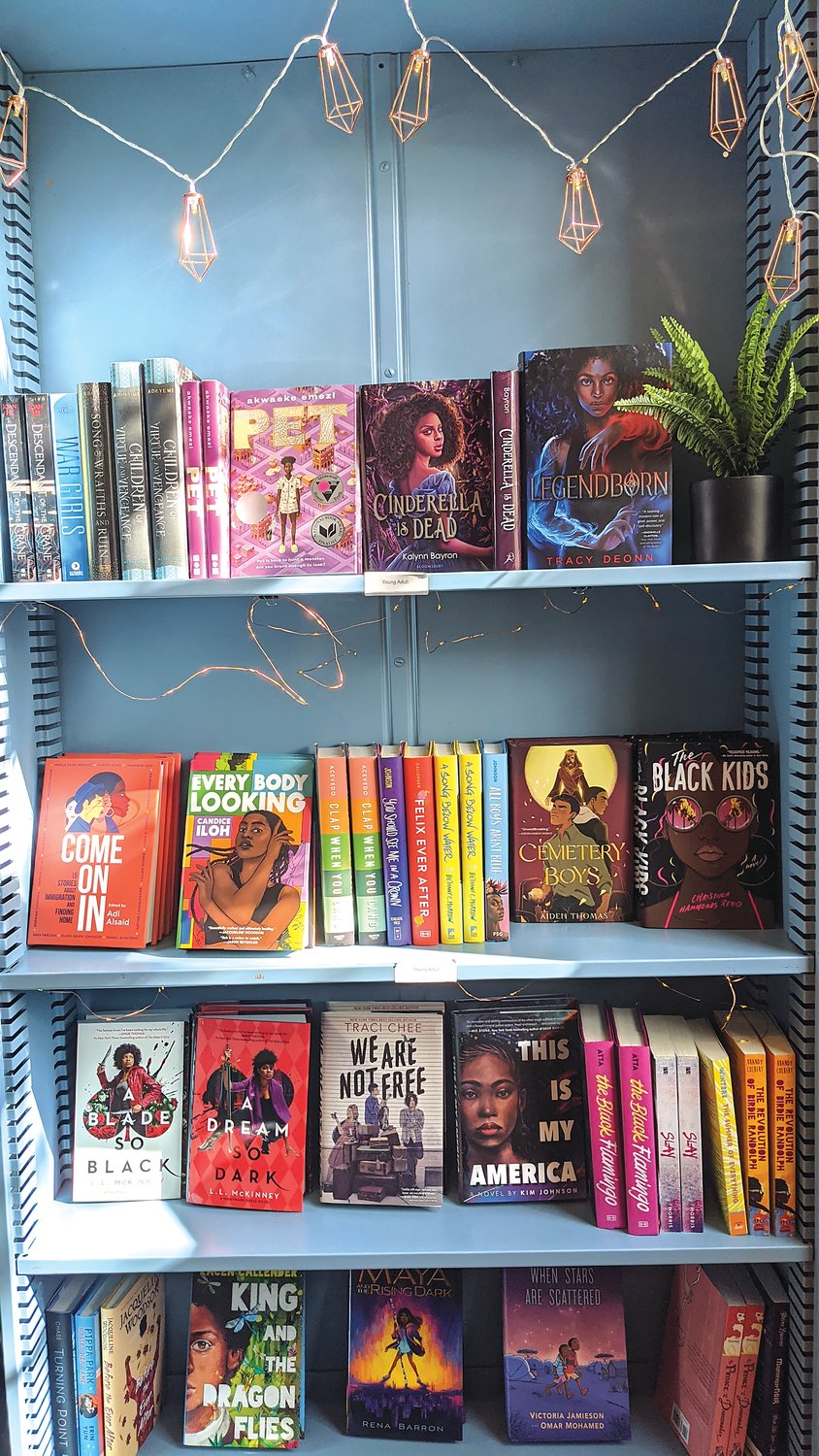 Strive Publishing was founded to help solve two problems: the need for culturally relevant children’s books; and the underrepresentation of Black authors in book publishing. We all have a stake in the critical work of uplifting Black voices in children’s literature, and we can make the greatest impact through working together. Founded by Mary Taris, the office is located in the same building as Golden Thyme Coffee & Cafe.

The mission of In Black Ink (IBI) is to create spaces where stories and voices of people of African heritage are celebrated, documented, and archived through publications, professional development trainings/opportunities, and public presentations. IBI fosters a strong culture of literacy via social enterprising and economic support of artists and professionals. IBI is located at 938 Selby Ave. Its executive director is Rekhet Si-Asar.

Dionne Sims has loved books since before she could read, when her mom would read out loud to her. Once she could read, books were a consistent refuge whenever the world felt too overwhelming. They still are to this day.
Since then, Sims has started her own bookstore, Black Garnet Books. She began by operating through pop-ups and a temporary location at Merci Tattoo in Uptown. Books are currently available on BookShop.Org. A physical location is opening late this summer on the ground level of Hamline Station Apartments, 1305 University Ave. W. in Saint Paul. Black Garnet Books is currently the only Black-owned bookstore in Minnesota.
In the months following the murder of George Floyd in 2020, Sims was looking for comfort in the form of books and wanted to buy from a Black-owned bookstore, but the closest one was in Chicago. She tweeted about how Minnesota didn’t have one, and that it would be her dream to start one on her own. It was then that community support and enthusiasm started rolling in. Within 48 hours, Sims’ GoFundMe to raise money to open the store had reached its goal and within a week, it raised over $100,000.
“There are many other Black readers who feel the same way [that books are a refuge], and we deserve spaces where we are the main focus and not an afterthought,” Sims said.
Representation is important for young people to excel. A John Hopkins study found that Black students are 13 percent more likely to enter college if they had at least one Black teacher by the third grade. The same study found that the college enrollment of Black students more than doubled when they had two or more Black teachers in elementary school. Books can also be a way that students see themselves represented. A study done by Literacy Minnesota found that multicultural books can help students better understand current world issues while promoting unity and empathy.
One day, a group of high-school age friends came into a Black Garnet Books’ pop-up. They kept squealing over the book covers on the YA section, according to Sims. They said things like, “This looks like you!” or “I want to do my hair like this!”
“It is such a sweet, joyful thing to hear,” Sims said. “Black kids don’t get to experience that enough, and if they do, it’s usually because they searched high and low for it, versus it being the first thing they see.”
Sims believes that representation and inclusion is important. She mentioned that reading stories about different ethnicities, cultures, and ways of life can open kids up to the expanse of the world and humanity.
“Allowing kids to read stories that are outside of their life experiences is one way we build collective acceptance, rather than just tolerance, or worse, intolerance,” Sims said.
However, finding books that allow students to see representations of the BIPOC communities can be difficult. A study done by University of Wisconsin-Madison compiled statistics from publishers in 2018 and found that only 1 percent of children’s books include characters who are American Indian/First Nation and 10 percent African/African American while 50 percent included White children. Sims’ advice to parents trying to find stories about or written by the BIPOC community is to follow more authors of color and BIPOC-owned bookstores on social media.
“Check out initiatives like ‘We Need Diverse Books’ and The Free Little Library’s ‘Read in Color’,” Sims said. “If the same old places you get your book recommendations from aren’t uplifting the words of marginalized authors, expand your circles.”
Recently, Sims helped contribute to the 1619 Project book drive, an initiative to help provide access to access to Nikole Hannah-Jones’ work around the lasting impact of slavery on the United States. She partnered with Bookshop.org to donate any copies obtained through the book drive to schools in Minneapolis and Saint Paul. The response from community members was overwhelming as they ended up with 740 books that were donated to 13 different schools and educational groups.
Sims said that her favorite book right now is “The Blood Trials” by N.E. Davenport, which came out on April 5, 2022. It’s a Sci-fi/Fantasy about a young Black woman fighting the ways in which imperialism, bigotry, and racism are affecting her family and country, but with rich magic on her side.
“It’s the kind of book that I finished and felt excited about the kinds of stories that are coming out for young Black folks to read,” Sims said.