News for everyone, delivered to everyone
AGING WELL

Handball is a lifetime sport for local players 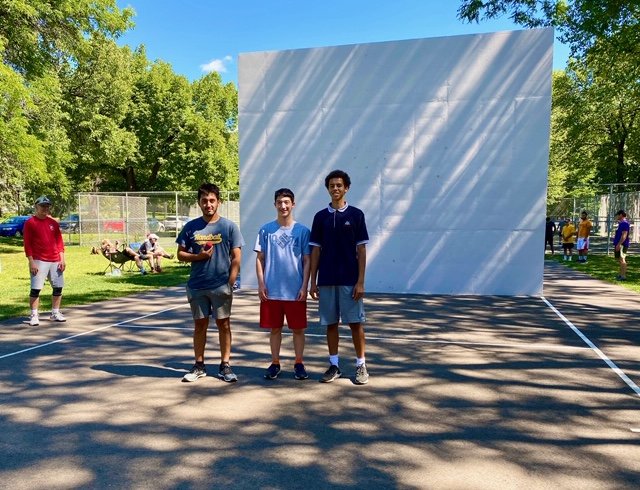 Players stand in front of the wall at Clayland Park. (Photo submitted) 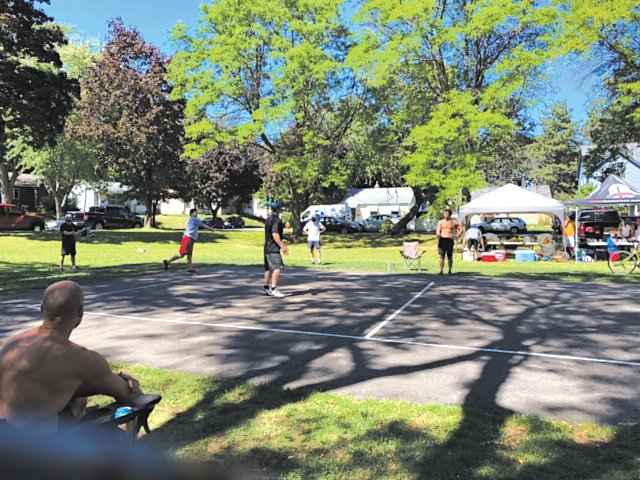 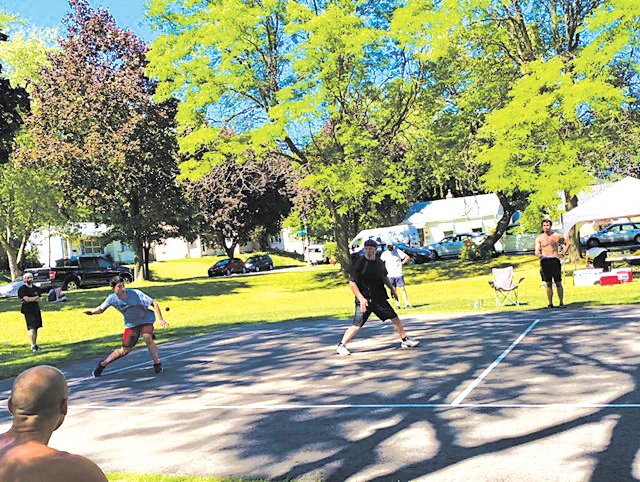 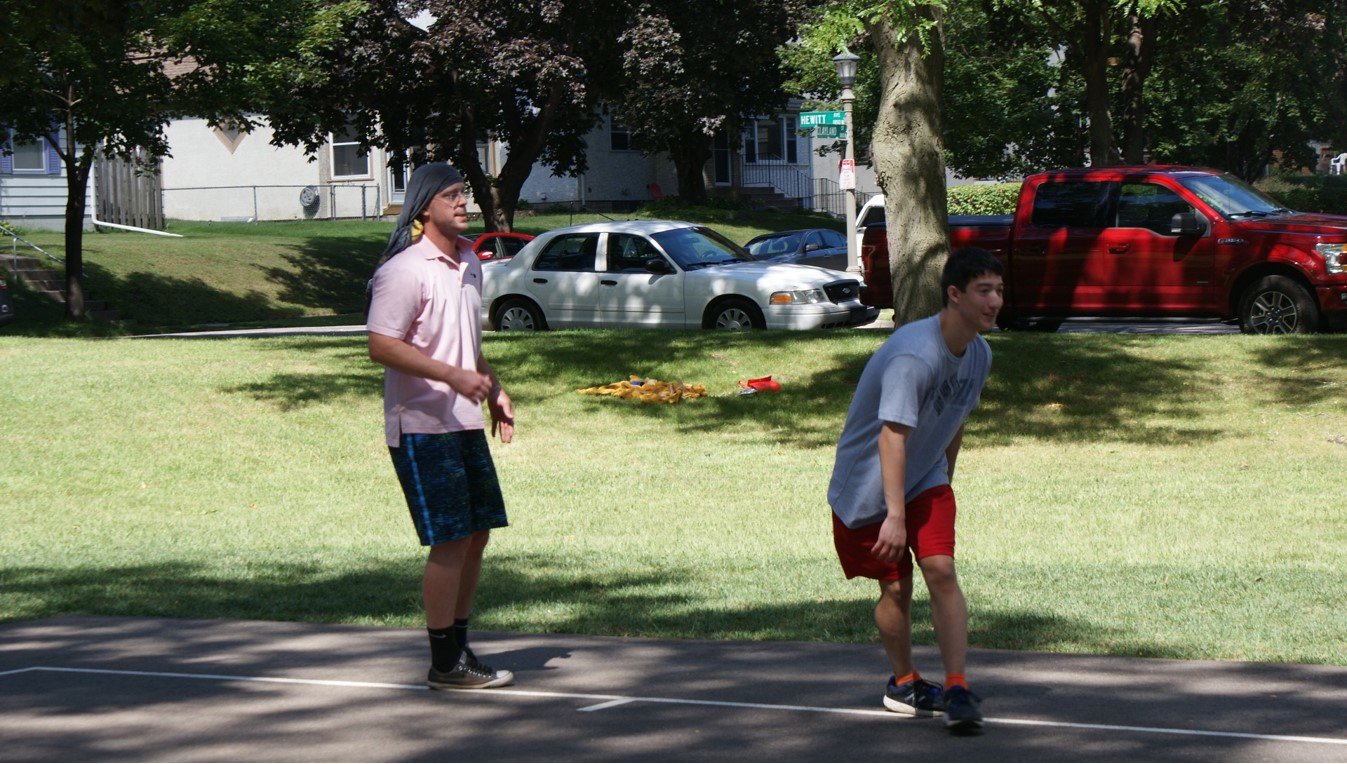 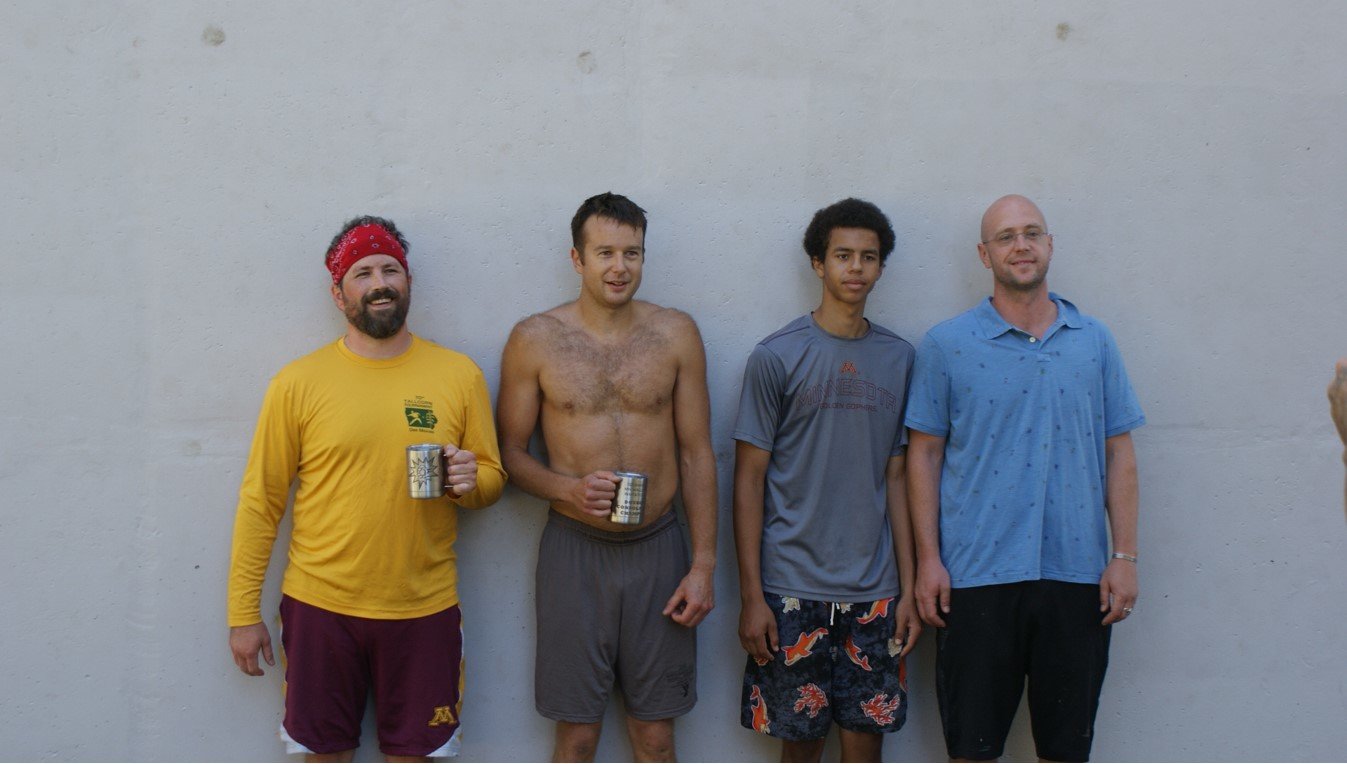 Handball brings together an unlikely combination of participants to use their hands to bat a ball against a wall. The group at Clayland Park includes doctors, lawyers and clergy, as well as high school and college students.(Photo submitted)
Previous Next
Posted Wednesday, December 9, 2020 8:16 pm
Clayland Park
W Hewitt Pl
St. Paul, MN
View larger map
By Carol Mahnke

One wall handball wasn’t designed for the pandemic. But it’s a healthy solution to indoor courts for handball players.
“All you need is a ball and a wall,” a player commented.
Without the other three walls, players are sometimes obliged to fetch the ball from the surrounding grass, but that’s not considered a hardship.
At Clayland Park in St. Paul an unlikely combination of participants gather Thursday and Saturday afternoons to use their hands to bat the ball against a single wall erected in the middle of what might otherwise have been a tennis court.
The group includes doctors, lawyers and clergy as well as high school and college students and young men – some the children of immigrants to this country. There also are participants who have served time in prison. And occasionally women play.
“It’s a welcoming group,” says Steven Tamminga of the Minnesota Handball Association. Anyone coming to the park will be welcomed to play the game.
YMCAs in the Twin Cities have limited play in handball/racquetball courts and some private gyms are open (depending on current COVID-19 restrictions). The Midway YMCA helped get young people started in handball and introduced them to the Clayland court, according to Mitchell Lallier of Kids on the Line/Minnesota Youth Handball.
Lallier’s son, Joseph, whose mother is Peruvian, plays most Thursdays and Saturdays. He, Antonio Flores and Isaac Alberg play often. Joseph and Isaac have done well in national tournaments, but Antonio’s family doesn’t have the means to send him to tournaments,
The two Lalliers, Mitchell and Joseph, teach handball at the Midway Y. They also teach children’s swimming.
The wall went up about a year ago after a group of handball players raised the funds for it and convinced the St. Paul Park Board it would be a good addition to the park.
“If you want to play handball this year,” said player Rich Ryan, “this is your best option.”
Jack LaVeille is kind of a renaissance man. He has taught school, raised hogs, worked with nuclear energy – and now is a court mediator. He learned to play with his father some 50 years ago when he was 17.
LaVeille, Golden Valley, says handball is to racket ball as chess is to checkers. Handball is a refinement of the game, he believes.
Handball leaves out the racket; players hit the ball with their hands. Most play with a somewhat soft ball, but some play with a smaller, hard ball and it takes awhile to get hands calloused enough to play comfortably.
Neighborhood residents were at first puzzled and a little leery of the wall, but the players take care to leave room for neighbors to park around Clayland and they maintain good sportsmanship and relatively quiet play.
There have been other courts at Phalen and in Richfield but they have deteriorated. The Clayland wall is poured concrete.
New York has many one-wall handball courts and there are courts at Iowa University in Ames as well as in Fargo, N.D., Springfield, Mo., Portland and Seattle.
“It’s a lifetime sport,” according to Ryan. Tournaments have age brackets ranging from under 15 to 80.
“It’s a path to resilience,” he added.
The game goes back to 17th century England when Oliver Cromwell served as Lord Protector, known for ethnic cleansing activities in Ireland. Cromwell’s strict rule outlawed many sports so the Irish developed a quickly hidden and dispersed game called “alley cracker” in which a small ball was batted by hand against an outdoor wall, explains Rich Ryan.
The game’s ideals focus on Hand, Heart and Head because the skill involves all three, Ryan said.
The tournament held recently at Clayland Park, sponsored by the Hamline-Midway Handball Club, the Midway Men’s Club and the Hamline-Midway Coalition brought some nationally-ranked players to the little park.
Dave Schiller, who learned to play in the Stillwater prison, organized the tournament He was a finalist in the play, but was defeated by tournament champion Dave Velez of New York.
Sean Lenning of Seattle came to Clayland for the tournament. He has been playing for 19 years — since he was 16. He finds handball players to be “independent minded people,” and he enjoys playing outdoors.
Lee Engele of St. Paul has earned national status. She says her sister, Anna, was a better player, earning world titles, before she retired. But Lee has many titles to her credit.
Several of the players said they learned to play from their fathers, and they have good memories of father-son times.

Home renovations to age in place