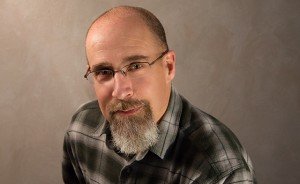 The Como Community Council board will vote May 19 on whether to allow absentee voting for 2020 board elections. An advisory committee is recommending a two-week window in June during which community members could vote by mail or by using an online ballot.

Under the district council’s bylaws, elections were supposed to take place April 21 at the District 10 annual meeting. In response to the Covid-19 pandemic, the board postponed the in-person meeting and elections that go with it, in order to comply with Minnesota’s ban on public gatherings. Changing voting procedures requires changing the district council’s bylaws, which the board expects to do this month.

Under a draft proposal, eligible community members in District 10 would request a ballot, then return it before June 16. The ability to vote absentee will allow community members to participate more on their timeline, rather than requiring them to show up in person at a particular time in a particular place one night a year.

Details on how to request a ballot will be posted on the district council’s website after May 19: www.district10comopark.org.

Still time to run: The website will also have details on candidates. Nine seats are up for election this year. In most of the positions, no incumbent is running. The deadline for candidates to file is Tuesday, May 19.

After months of study, Como Park Zoo and Conservatory says it will not implement paid parking this year, in 2021, or likely anytime soon. Research suggests that, if Saint Paul charged for parking, frequent visitors would visit less often and spend less when they do visit.

Charging even $1 an hour for parking would drive down attendance by more than 20 percent during the summer, according to projections by Zoo Advisors, an outside consultant hired by the city. Although parking itself would turn a profit, the revenue gain would not offset the revenue lost from sources such as voluntary admission donations, food and souvenir purchases, tickets to Como Town amusement rides, and fundraising, projections show.

“Some version of paid parking has been a topic in Como Park for many years,” says Michelle Furrer, director of the Zoo and Conservatory. “It was our intent to gather accurate data to inform decisions. The feasibility of this as a revenue source shows it would not be a long-term benefit to the city.”

Opponents said charging for parking would compromise the Zoo and Conservatory’s long legacy of free access, in which visitors are admitted regardless of their ability to pay.

• The Board of Zoning Appeals holds a public hearing Monday, May 18 at 3 p.m. on outside sign variances being sought by Como Park Senior High School.

• Saint Paul now says Como Ave. will not be rebuilt between Hamline and Snelling this year. The city and Ramsey County still intend to rebuild Como between Snelling and the Raymond/Cleveland intersection in fall 2020 (presumably after the State Fair). That work includes the off-street Como Ave. Trail that goes with it. But the stretch east of Snelling is put off until 2021, unless something dramatic changes.

• The city’s Planning Commission on May 1 approved rezoning 1015 Bandana Blvd. from B3 commercial to T3 traditional to allow construction of a 152-unit apartment building atop the existing parking ramp. The commission also approved a setback variance. Both votes were 12-0.

A newly rebuilt bicycle and pedestrian path in Como Regional Park begins implementing recommendations from the Como Community Council’s Pathways Project. The path stretches roughly two-thirds of a mile from Schiffman Fountain, across Lexington, then along the golf course and up the hill toward Montana.

Those improvements are among recommendations from the Pathways Project. The project’s final report gives Parks and Recreation specific suggestions to improve the condition and function of pedestrian and bicycle paths in the regional park; to upgrade signs; to create maps, kiosks, and other “wayfinding” tools; and to upgrade amenities along paths. The recommendations were the result of more than a year of study, including ideas from more than 300 park users.

The community council now is talking with Parks staff on how to incorporate more recommendations when the department rebuilds the parking lots outside the Lakeside Pavilion and the golf course. That construction is penciled in for fall 2020 or early 2021.

Call or video into D10 Meetings

District 10 board and committee meetings are continuing but, for the time being, they take place using technology rather than face to face. Renters, homeowners, and other community members are always welcome to participate, through either video conference or by phone.

To obtain links, phone numbers, or other information to join a meeting remotely, send a request by email to district10@district10comopark.org. Or, call in your request to 651-644-3889. Whenever possible, agendas are posted in advance in the “Board News” section of District 10’s website: www.district10comopark.org