Changes in average height in a population say a lot about how nongenetic factors can affect human development. GigaCalculator examined data from the NCD Risk Factor Collaboration to see how average height has changed globally over time. 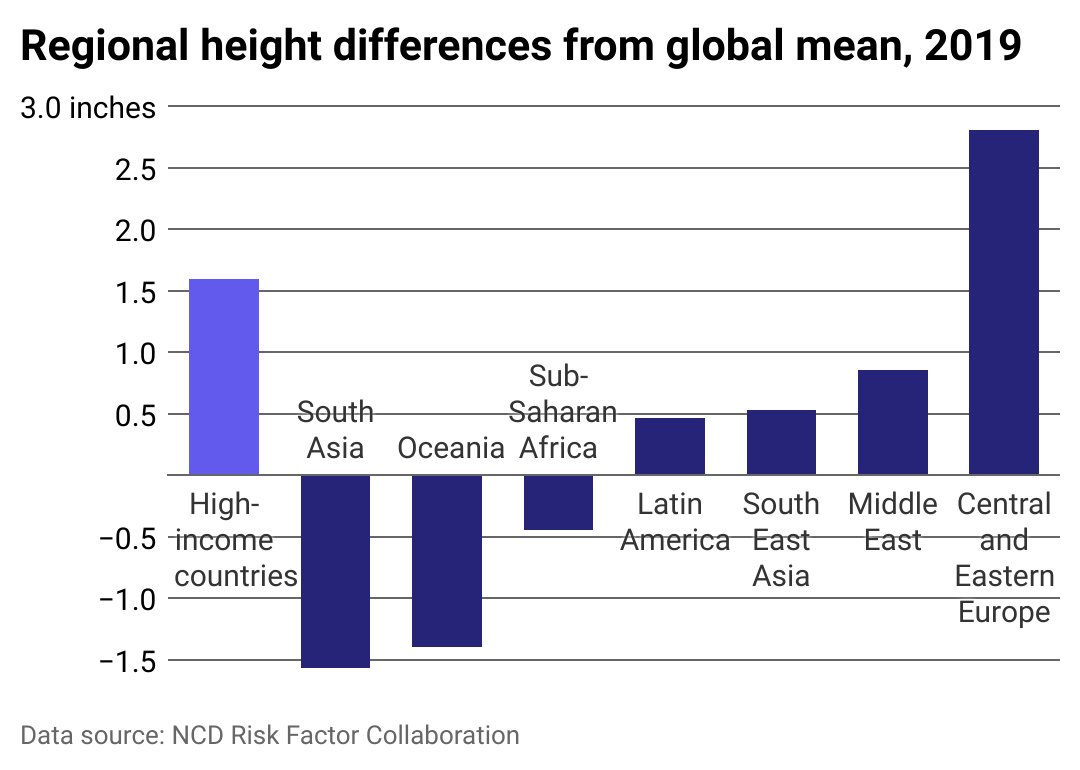 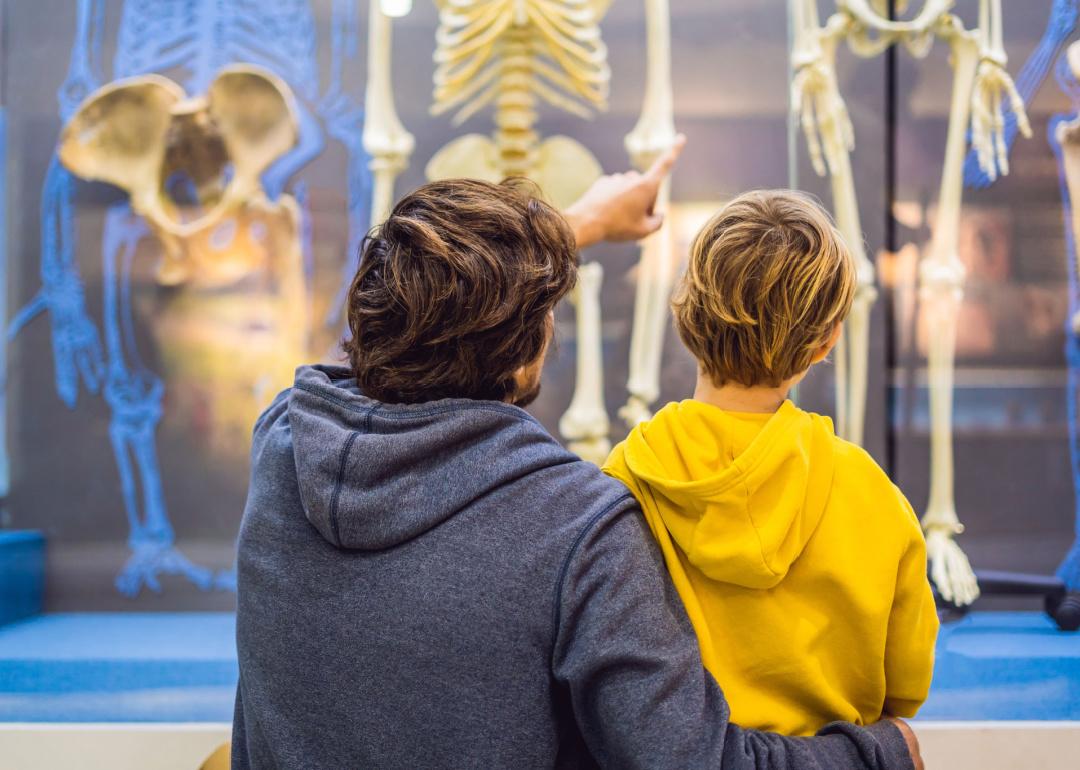 Genetics partially influences height, but other factors, such as nutrition, also affect how tall you become as an adult. The average height of a population can indicate the health of its people since things such as childhood illness and poor nutrition during pregnancy and childhood can stunt a person's growth.

Being taller is associated with longevity and higher income and education, and taller people tend to be at lower risk for heart disease and stroke. However, taller stature is also associated with an increased risk of certain cancers.

Differences in average height, taken together with increased reports about obesity, raise a proverbial red flag about public health, according to a 2016 study looking at trends in human height. 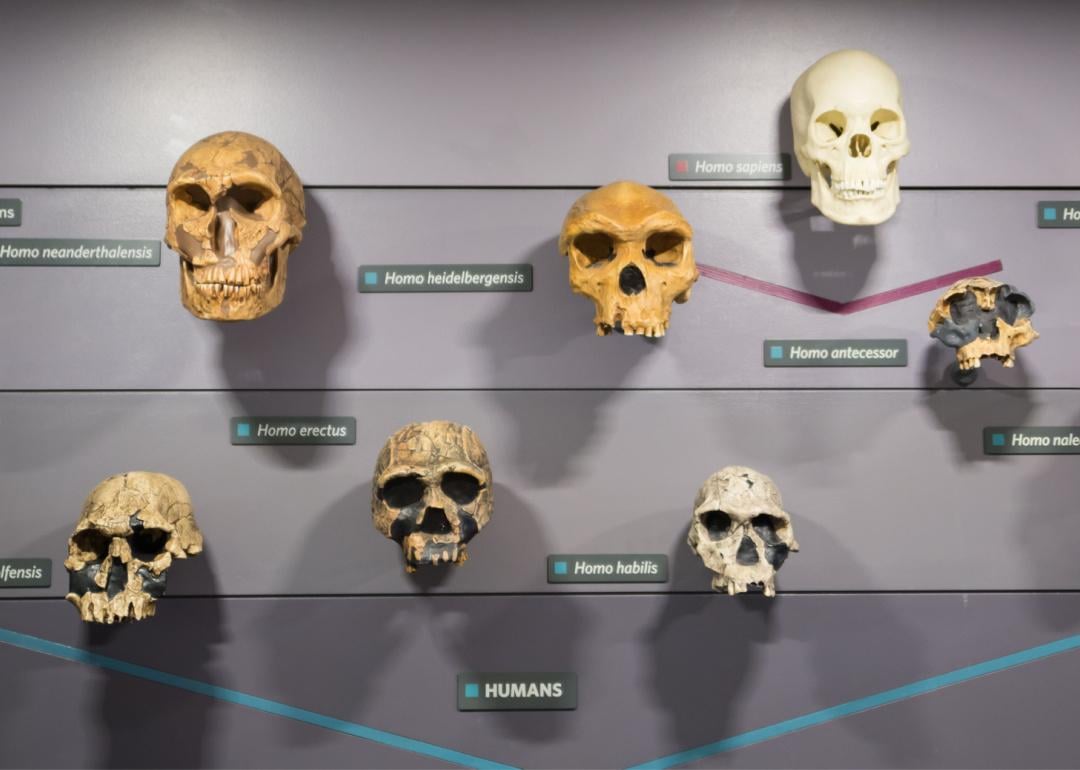 Neanderthals, our closest human relatives, lived in Europe and Asia an estimated 40,000-130,000 years ago, though evidence of their existence dates back more than 400,000 years. Based on what archeologists have been able to glean from historical research, males had an average height of 5 feet and 5 inches, while females were small, at an average of 5 feet and 1 inch. 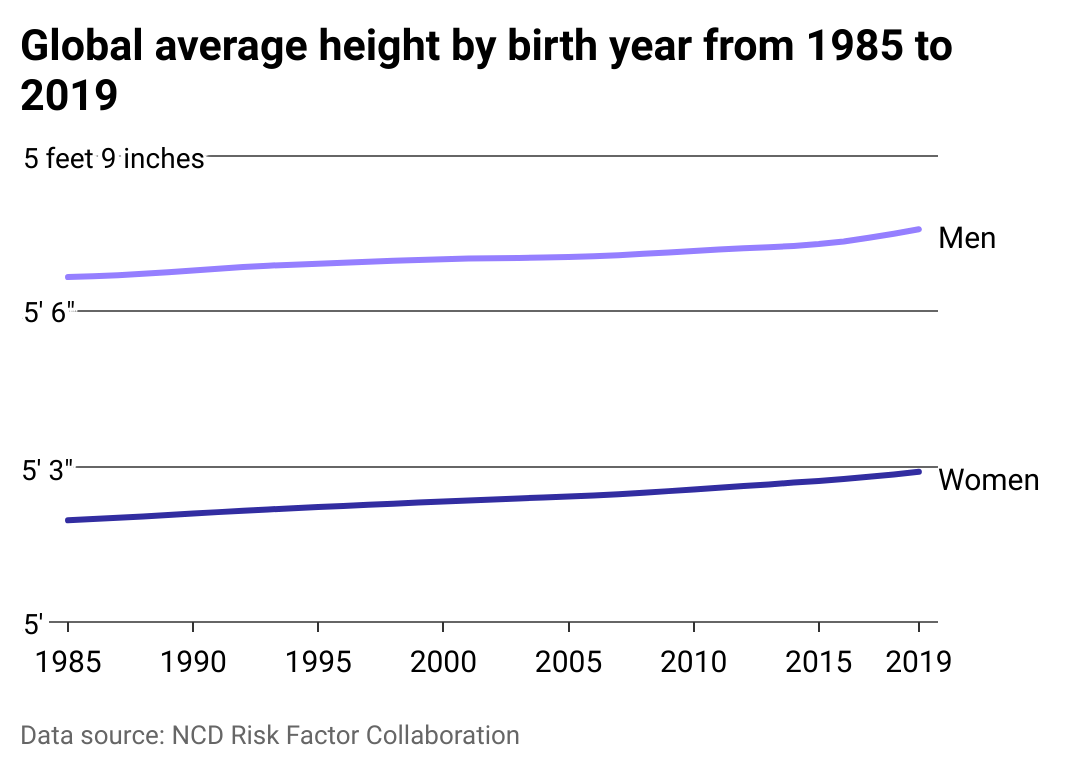 Scientists analyzed human growth patterns in different parts of the world over the last century and found height did not increase linearly. In the previous 30 years, increases in height have plateaued in high-income Western countries.

Researchers have also observed this trend among elite athletes. After increasing in the 1950s and '60s, athletes' heights have leveled off, most notably in sports that select for particularly tall players, such as basketball. 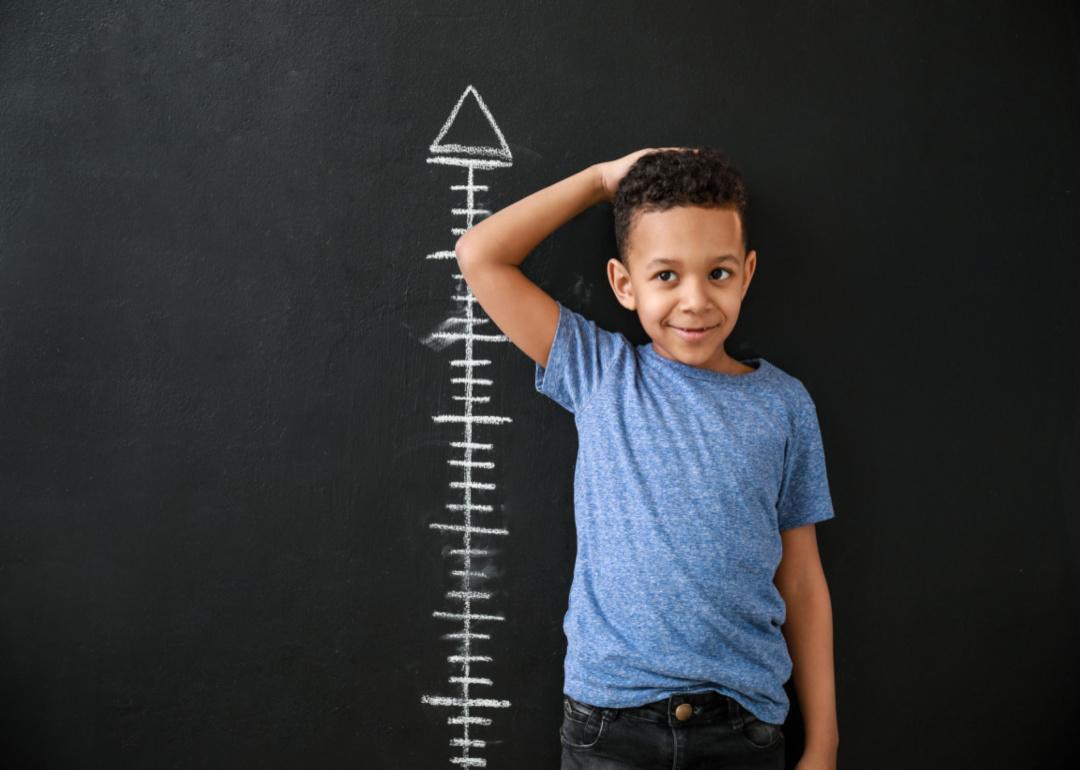 When researchers analyzed data from the Cebu Longitudinal Health and Nutrition Study in the Philippines, they found that healthier diets with a greater variety of foods were associated with increased height in boys. Each additional 100 calories consumed daily led to significant increases in boys' heights and a slightly smaller but still significant increase in height in girls.

One of the most influencing factors of human height is the amount of protein and minerals such as calcium and vitamin D a person gets in childhood, during their developmental years. Projected global population increases are also likely to lead to a manifold increase in the demand for animal-derived protein by 2050. Global protein consumption varies by region, making food scarcity an influencing factor in height and weight. 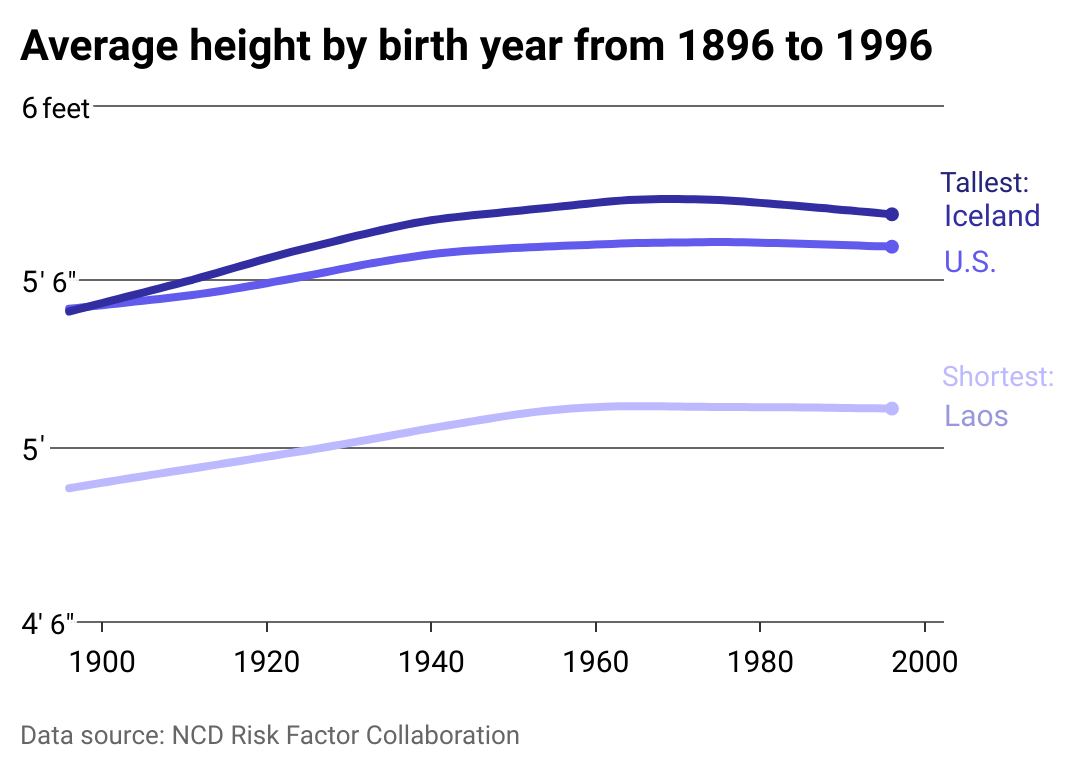 Average human height in countries such as the U.S., U.K., and Japan has leveled off at around 5 feet and 10 inches over the last few decades. However, height is still increasing in places such as Latin America. These increases are likely the result of better maternal health and nutrition and greater access to health care. The findings suggest that human height may have reached a limit or a convergence point called a biological asymptote under favorable conditions.

High-income countries (listed here) are excluded from their respective region groups (this data also includes children so the global average is less than the earlier slide).

Studies have examined the relationship between height and body mass index with socioeconomic status. An analysis of data from the UK Biobank published in 2016 found that lower socioeconomic status correlated with shorter stature and higher BMI, though such associations differed between the sexes.

Shorter height and lower socioeconomic status appeared to be more strongly linked for men, whereas the link between higher BMI and lower socioeconomic status was paramount for women. These findings imply that taller people, especially men, are associated with higher attainment in education, employment, and income levels. However, lower income levels are associated more closely with overweight people—and within that subset, particularly women.

This story originally appeared on GigaCalculator and was produced and distributed in partnership with Stacker Studio.